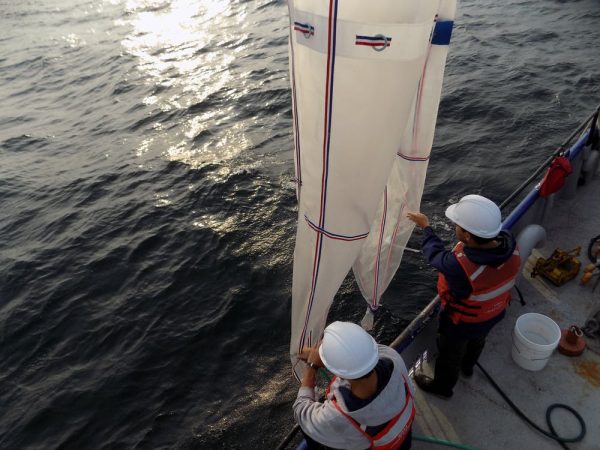 The Great Lakes are getting warmer, wetter and wilder. These atypical conditions are amplifying other threats. Harmful algal blooms are increasing in severity and geographic extent, sewers are overflowing and stormwater is flooding neighbourhoods and parks. Many terrestrial organisms are shifting northwards and worsening air quality is disproportionately affecting the most vulnerable people living in cities.

The Great Lakes hold one-fifth the standing freshwater on the Earth’s surface and more than 34 million people live in the basin, supporting an economy worth US$5 trillion — if it were a country, it would be one of the largest economies in the world. And yet shoreline communities are faltering under the weight of billions of dollars in damages — and are worried that climate change will continue to make things even worse.

Like the Arctic’s thawing permafrost, the Great Lakes basin is a key sentinel of climate change. Climate change has already immensely affected the region and its impacts will continue to expand as the pace of climate change accelerates, bringing new socio-economic and environmental challenges.

With the UN climate conference in Glasgow (COP26) underway, world leaders are discussing what must be done to address the climate crisis and making pledges to take specific actions. Adaptation features heavily in the COP26 agenda, including the Glasgow Adaptation Imperative to assess action taken and action needed to meet the Paris Agreement goal on adaptation and promote a more climate resilient future for all, particularly the most vulnerable communities and ecosystems.

In the Great Lakes, climate change is considered a threat multiplier, meaning it exacerbates other threats to the ecosystem.

All the Great Lakes are warming, but Lake Superior stands out. Still the coldest lake, its summer surface water temperatures increased 2.5 C between 1979 and 2006, even faster than air temperatures. Even the deep waters of Lake Michigan are warming at a rate of 0.5 C per decade.

The Great Lakes have lost more than 70 per cent of their total winter ice cover over the past 50 years. That means more open water during winter, thinner ice and less of the ice fishing that is so popular with basin denizens. Less ice cover will, however, lengthen the commercial shipping season.

Overall, warming of the lakes will alter the seasonal patterns of warm and cold water layers and the dynamics of the lakes’ food webs, and it will lead to greater shoreline damage from strong winter storms.

In some areas within the Great Lakes basin, water levels have risen by two metres, eroding shorelines, washing away houses, destroying roads, threatening infrastructure such as water treatment plants and disrupting age-old traditions of Indigenous Peoples.

Climate change is one of the leading threats to birds in the Great Lakes and North America. The 2019 Audubon Report “Survival by Degrees” found that 64 per cent of bird species (389 of 604) across breeding and non-breeding seasons were moderately or highly vulnerable to climate change. As indicator species, birds are telling us the time to act is now.

The effects of climate change are heightened in urban areas and impose a high financial burden to municipalities. Detroit is a good example.

Detroit is an old city with combined storm and sanitary sewers that overflow stormwater and raw sewage during heavy rainfall events. It also has plenty of impervious surfaces that promote runoff.

Detroit is also projected to experience a significant increase in the number of very hot days by the end of the century, reaching as many as 65 days above 32.2 C. The burden of heat and poor air quality accompanying the climate threat will disproportionately affect the city’s most vulnerable residents.

Many municipalities, provinces and states around the Great Lakes have been developing adaptation plans to address local impacts of climate change at a high cost. This decentralized approach comes with its own problems, like unintended cross-border effects of local adaptation or duplication of efforts. The United Nations has shown that flood risk reduction strategies in one part of a basin may increase flood risks in another portion of the basin that is located in another country.

An integrated, basin-wide ecosystem approach could allow for cost-sharing of scientific studies and co-ordinated policy action at national and sub-national levels, leading to better adaptation. Because the Great Lakes are a shared resource among many governments, including those of Canada, the United States, eight states, two provinces and tribes, First Nations and the Métis Nation, transboundary co-operation is needed.

In 2017, the Great Lakes Water Quality Board of the International Joint Commission, an independent adviser to Canada and the United States, recommended that both countries negotiate and develop a co-ordinated strategy for climate change adaptation and ecological resilience. These recommendations reflect strong public opinion, yet almost five years later no comprehensive binational climate change strategy has been put into place.

The Great Lakes Water Quality Agreement calls for strengthened measures to anticipate and prevent ecological harm, by following the precautionary principle — when human activities may lead to unacceptable harm that is scientifically plausible but uncertain, actions shall be taken to avoid or diminish that harm.

There is enough scientific evidence that climate change poses a threat to the entire Great Lakes region — and the 38 million people who live there. As is being discussed and pledged at COP26, all must work together to limit global warming to 1.5 C, including the Great Lakes region, and all must immediately advance climate adaptation and resilience.