These insects are basically little machines that convert carbon-rich leaves into nitrogen-rich poo. 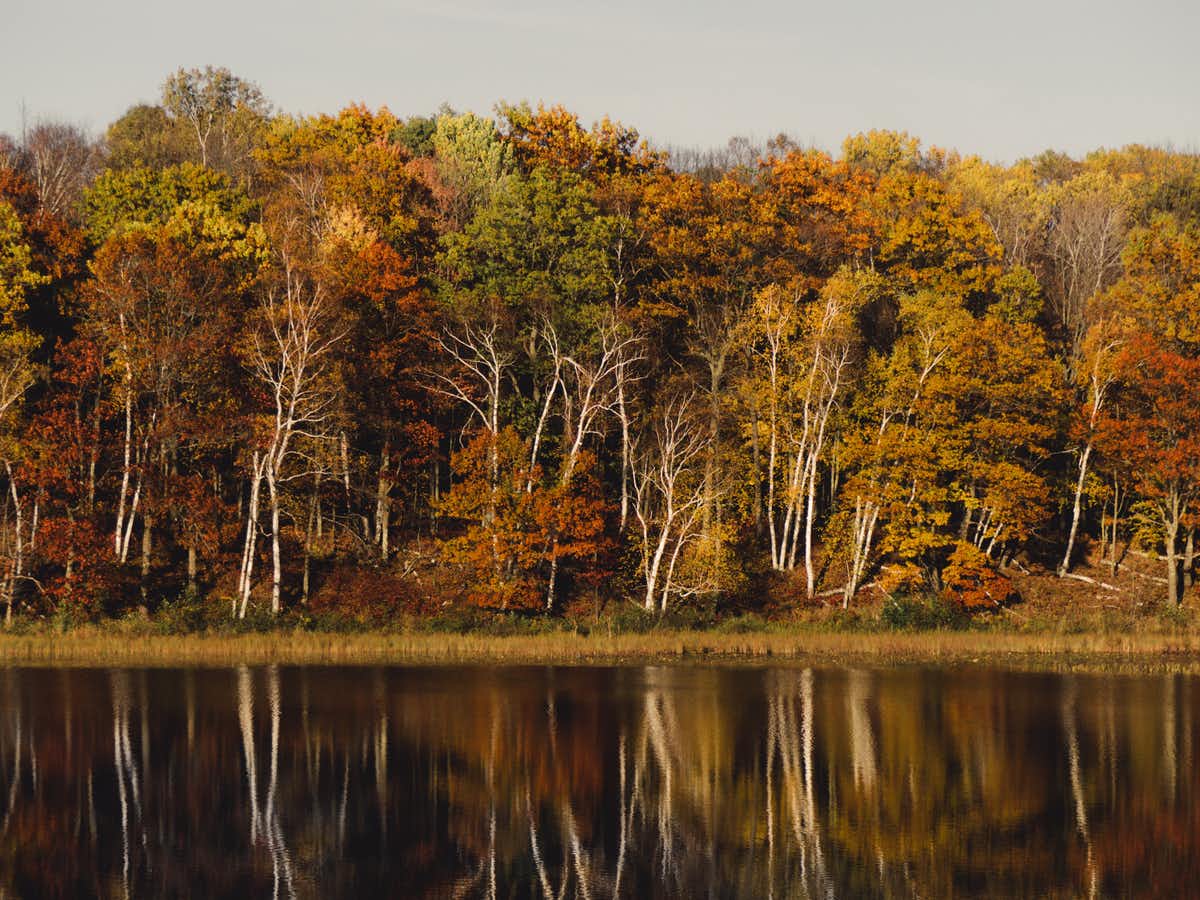 An outbreak of leaf-munching caterpillars can effectively offset an entire year’s worth of carbon accumulation in nearby lakes, significantly improving water clarity. (Unsplash)

Outbreaks of invasive moth caterpillars, Lymantria dispar dispar, and forest tent caterpillar moths, Malacasoma disstria, occur at least every five years in temperate forests. The insects munch through so many leaves that our research has found the resulting decrease in leaf-fall and increase in caterpillar poop hugely alter the way nutrients, particularly carbon and nitrogen, cycle between land and nearby lakes.

Nitrogen-rich insect excrement, called frass, can wash into lake water and act as fertilizer for microbes. These microbes can then release carbon dioxide into the atmosphere as they metabolize the frass. In years with insect outbreaks, the large quantities of frass may favour the growth of bacteria that release greenhouse gases in lakes overpowering the lake algae that remove carbon dioxide from the atmosphere.

These insects are basically little machines that convert carbon-rich leaves into nitrogen-rich poo. The poo drops into lakes instead of the leaves, and this significantly changes the water chemistry. We think it will further increase the extent to which lakes are sources of greenhouse gases.

As the climate in the world’s temperate region shifts, insect populations are expected to increase and move northwards. This puts northern forests at increased risk of defoliator outbreaks in the future, potentially causing greater quantities of carbon dioxide to be released from nearby lakes. Climate change is also expected to favour the growth of broad-leaved deciduous trees around the lakes, which we have found will amplify the insects’s impact.

Where is the good news?

While the impacts of insect defoliation appear to be on the rise in both frequency and severity, lake waters across the Canadian Shield are also undergoing a process called browning due to a build up of tea-like dissolved organic carbon in lake water.

This declining clarity of lakes has been attributed to many factors including climate change and their recovery from historical acid rain and logging activities. Our 32-year-long monitoring study showed that an outbreak of leaf-munching caterpillars can effectively offset an entire year’s worth of carbon accumulation in nearby lakes, significantly improving water clarity.

In years without outbreaks of leaf-eating insects, carbon and nitrogen entering lakes usually comes from decaying leaves and conifer needles. These inputs typically peak in quantity in autumn. In outbreak years, we found that nearby freshwater lakes, especially those surrounded by deciduous forests had one-third less dissolved carbon or “forest tea” in the water, because the hungry caterpillars effectively held back the flow of carbon to the lake.

The lasting benefits of these marauding insects becomes evident when the invasive insects encounter already stressed trees, such as the stunted birch forest surrounding the massive metal smelters in Sudbury, Ont. This 80,000 hectare industrial area is undergoing a remarkable natural recovery of its own, because of a 98 per cent reduction in acid and metal particulate emissions from what was the world’s largest point sources of sulphur pollution as recently as the 1970s. The legacy of soil loss, contamination and degradation in Sudbury clearly puts trees at a disadvantage in the battle with defoliating insects.

Trees can’t flee from insects but usually can survive multiple heavy attacks. However, trees in the industrial barrens of Sudbury don’t fare so well, because of all the other stresses they face.

These stressors include the loss of soil moisture and organic matter, and decades of accumulated toxic metal particles from the smelters. The result is that these stressed trees present themselves as a delicious food source for caterpillars and other insects and the landscape is often littered with dead and dying trees on their way to becoming soil.

In earlier lab experiments, we showed that when we fed L. dispar caterpillars leaves from the stressed white birch trees of the industrial barrens they ate more leaves and produced far more frass, which increased plant growth in soil that had received this rain of poo.

Yes, the insects are giving the struggling trees a very hard time at the industrial sites. But the improving soil quality is the real winner.

Healthy soil is one of the largest and safest places to sequester carbon from the atmosphere, key in our fight against climate change. As every farmer knows, protecting and restoring soil quality is also essential for sustainable agriculture. That is why well-informed farmers regularly try to stop extracting nutrients from the soil and plow in a nutrient-rich fodder crop like alfalfa to rebuild the soil.

Our research shows that these hungry caterpillars now appear to play surprisingly large roles in altering key features of the global carbon cycle, but we also now think of them as tiny plows that can help improve degraded soils.