U.S. election results may suggest ethics no longer matter … just like in Canada

Do voters have an increasing tolerance for political misconduct or do they just have other electoral priorities? 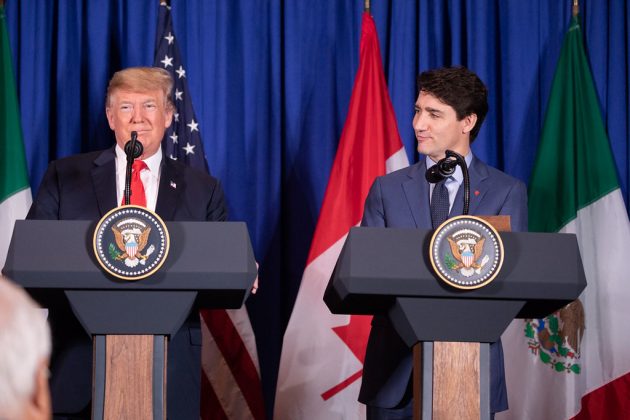 During Donald Trump’s first term, there have been a record 30 congressional, criminal or state investigations into his affairs, compared to four for his predecessor, Barack Obama, over his two terms.

It’s impossible to dismiss all of these investigations as political witch-hunts. In fact, when Trump took office in 2016, only 33 per cent of Americans believed that he was honest — a number that has remained consistent. Ironically, the president to whom Trump has most often compared himself is “Honest Abe” Lincoln, likely because of his assumption that honesty matters to voters.

While the outcome of the U.S. election may not be known for days, one thing is clear — Trump outperformed pollster predictions once again in 2020.

Conventionally, voters enforce political accountability. But Trump won the 2016 election without being perceived as honest or trustworthy, and the Republican Party actually attained its most favourable rating since 2005 in January 2020 when the Republican-led Senate acquitted the recently impeached Trump.

That raises questions about whether ethics still matter in politics. Do voters have an increasing tolerance for political misconduct or do they just have other electoral priorities?

As Canadians, we like to think our politics are somehow less tainted or controversial than American politics, but these questions resonate equally in Canada.

Prime Minister Justin Trudeau was investigated three times between 2015 and 2019 for various ethical misconduct related to the SNC-Lavalin affair and his vacation visits to the Aga Khan’s private island.

Canada’s ethics commissioner found Trudeau guilty of contravening conflict-of-interest laws in both cases. Trudeau’s predecessor, Stephen Harper, faced no investigations during his eight years in office. Clearly, it’s appropriate to wonder about the diminishing role of ethics in our choice of national leaders in Canada as well.

But let’s look back to November 2019 in the United States for a moment: Trump wanted to avoid the public spectacle of impeachment proceedings because of concerns about their impact on public perception.

The administration actively sought to block the testimony of anyone with first-hand knowledge of the events, and Trump’s legal team claimed immunity for all top presidential aides.

It seems that Trump was unnecessarily worried about public perception. In the November and December Gallup polls before he was impeached on Dec. 19, 2019, Trump’s average approval was 44 per cent. In the two polls following impeachment, his average approval rating increased to 47 per cent, and in two more polls after the Senate acquittal, his approval held steady at 46 per cent.

What does matter to voters?

If ethics don’t matter in the choice of political leaders anymore, what does? According to a recent Gallup poll, the most important issue in the 2020 U.S. election was health care. Unsurprisingly, voters also identified the economy as one of the top five issues in the election. Health care, the economy and education are the only common three of the top five issues in both the 2016 and 2020 elections.

The COVID-19 pandemic have exacerbated concerns over health care, sending it from third place in 2016 to first place in 2020 — and that was the largest hurdle for Trump’s campaign this year, not the public’s perception of his ethics or honesty.

Canadians likewise identified health care and the economy as top concerns in both the 2019 and 2015 federal elections. During the last election in 2019, voters cited the cost of living, health care and climate change as three of the top five issues.

Accountability has gone from being a top concern for 11.4 per cent of respondents ahead of the Canadian 2011 election to 7.1 per cent in 2015 and six per cent in the 2019 election in spite of the SNC-Lavalin investigations.

Like Trump’s concerns about impeachment, Trudeau’s concerns about the electoral costs of the SNC-Lavalin affair were unfounded. Furthermore, Trudeau is notably the first and only Canadian prime minister to break a federal conflict-of-interest statute in relation to his Aga Khan trips — and yet he got re-elected to a second term, albeit with a minority government.

As the SNC-Lavalin affair showed, Trudeau, like Trump, prefers that certain details of his dealings not be played out in public.

The office of the Ethics Commissioner, in its investigation of Trudeau’s conduct related to SNC-Lavalin, reported that the government denied it access to cabinet confidences, suppressed witness testimony and therefore prevented the office “from looking over the entire body of evidence.”

Despite the government’s efforts to limit the scope of the investigation, the commissioner concluded that Trudeau contravened Section 9 of Conflict of Interest Act.

More recently, the WE Charity investigation, which kicked off Trudeau’s fifth year as prime minister, has superseded the SNC-Lavalin affair.

Do Canadians care about ethics?

How will Canadians rank ethics and accountability in the next election? Will we care about the ethics laws that our leaders have violated, or, like in the United States, will the pandemic amplify concerns over health care and economic recovery, overshadowing ethics?

If the 2020 U.S. election is any indication, focusing on the economy and health care, rather than past or present ethics investigations, will resonate more broadly with voters. For Canadian politicians, environmental policies and platforms will be a close third.

Unethical politicians may be off the hook for bad behaviour as voters prove again that they’re willing to look the other way.