U.K. found to be hottest investment destination despite Brexit

Britain remains an "open environment for foreign investors" even in the midst of the Brexit chaos, says Steve Krouskos, a global vice chair at EY 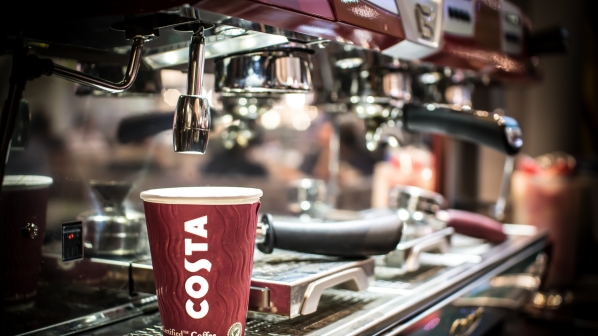 LONDON – Brexit may be causing all sorts of uncertainty in Britain but it doesn’t seem to be putting off foreign investors.

In a survey on corporate deal-making published Monday, consulting and accounting firm EY says Britain is the top investment destination in the world for the first time in the report’s 10-year history – overtaking the United States, which has held the top spot since 2014.

The pound’s fall since the June 2016 vote to leave the European Union has made British assets cheaper, but Steve Krouskos, a global vice chair at EY, notes Britain also remains an “open environment for foreign investors” even in the midst of the Brexit chaos. That culture, he said, is reinforced by the English language, a skilled workforce, and a strong technology base.

Those long-standing strengths have helped Britain recover as a place to do business since the shock of the June 2016 referendum, which saw the country narrowly vote to leave the EU. With so much uncertainty surrounding the future of the British economy, the country slumped down EY’s rankings. In the October 2016 survey, Britain was as low as seventh.

There have been a number of high-profile investments in Britain over the past year, including Comcast’s purchase of satellite broadcaster Sky for around 30 billion pounds (currently $39 billion) and Coca-Cola’s takeover of Costa Coffee for near 4 billion pounds ($5.2 billion).

Britain’s exit from the EU, originally scheduled for March 29, has been delayed until Oct. 31, though it could happen sooner should British lawmakers back the withdrawal agreement that Prime Minister Theresa May negotiated with the EU. Following three defeats in Parliaments, May opted to ask for an extension rather than crash out of the bloc, a scenario that many politicians and business leaders say could lead to a deep recession as tariffs are slapped on British exports and other restrictions are imposed on trade.

EY found that global interest in mergers and acquisitions is at a 10-year high as managers try to adapt to technological change, with 59% of companies planning a deal in the next year, up from 52% a year ago.

The improvement appears at odds with a slowdown in the global economy. Last week, the International Monetary Fund cut its global growth forecast for this year to 3.3% from 3.5%, largely because of trade tensions, particularly between China and the U.S.

Krouskos said the mood among executives is better than the growth forecasts suggest.

“The increase in acquisition appetite is a clear indication that executives are focused on their pursuit of growth, underpinned by high expectations of their own future performance,” he said.

“There is uncertainty in the market, but for many, disruption is driving M&A rather than stalling it – deals are a means to reshape portfolios at an accelerated pace and futureproof businesses.”

EY surveyed 2,900 senior executives across 47 countries in February and March 2019.

Related Stories
U.K. no longer a top five investment destination
Brexit: Parliament gets to decide between no deal and delay
EU workers leave UK in record numbers as Brexit looms
What Next? U.K. lawmakers torn on fate of Brexit, and May
Manufacturing In Focus