Trump’s tariff on Canadian aluminum — what does it mean?

by Alanna Fairey, Associate Editor, with files from The Canadian Press  August 13, 2020

As of Aug. 16, there will be a 10% tariff on raw aluminum from Canada. CM asked a legal expert for context 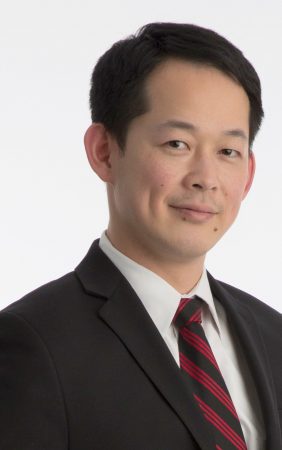 TORONTO — On Aug. 6, U.S. President Donald Trump added another twist to the long-standing trade dispute with Canada when he announced that he will be restoring an import tax on raw aluminum from Canada.

Trump has said that he is restoring the tax because Canada has been “taking advantage” of the U.S. market.

“The aluminum business was being decimated by Canada, very unfair to our jobs and our great aluminum workers,” Trump said during a speech at a Whirlpool manufacturing plant in the state of Ohio.

Canadian aluminum products have a long-standing and complicated history, beginning in early 2018, after a year-long investigation under Section 232 of the Trade Expansion Act of 1962, the Trump administration determined that aluminum imports from around the world threatened to impair U.S. national security. In March 2018, the Trump administration imposed a 10% tariff on various aluminum imports, sourced from anywhere in the world.

Augustine Lo, who is an attorney at the law firm Dorsey & Whitney and assists clients with U.S. export control matters under the International Traffic in Arms Regulations (ITAR), says that the recent re-imposition of tariffs is happening despite the recent entry into force of the U.S.-Mexico-Canada Agreement (USMCA) in July 2020, thus demonstrating the apparently intractable nature of the cross-border aluminum dispute.

“Aluminum happens to be the largest slice of Canadian exports to the United States,” Lo said in a recent interview with Canadian Manufacturing. “That’s why it’s actually quite an outsized impact with respect to Canadian shipments and sales from the United States.”

Lo went on to explain that, unsurprisingly, the tariffs on raw aluminum will have a detrimental impact on the manufacturing sector.

“The primary aluminum is used to fabricate other things — pretty much everything across the board,” Lo explains. “It’s really a tax on increasing the costs of raw materials used for the other products.

Following Trump’s restoration of the import tariff, Canada’s Deputy Prime Minister Chrystia Freeland announced that Canada will retaliate with $3.6 billion in tariffs of its own, which will match dollar-for-dollar the costs of the U.S. measure.

Lo says Canada can impose retaliatory tariffs as allowed under the May 2019 tariff truce.

With the U.S. presidential election only a few months away, Lo says that if Trump is re-elected for a second term, he has every reason to believe that the tariffs will still remain in place.

However, Lo also notes that should Democratic presidential candidate Joe Biden be elected, this does not mean that the tariffs would automatically be rescinded.

“The tariffs would remain enforced,” Lo reiterates. “Unless, and until, the new administration determines that the dispute has been worked on in such a way that the tariffs on aluminum get rescinded.”

With the tariffs going into effect this weekend, Lo describes it as a “race to be seen” as to whether or not the 10% increase on raw aluminum will create an incentive to reform the tariff.

Lo concludes: “At the present moment — assuming this continues on this current trajectory — the 10% tariff will come into force, and will remain so until there’s some kind of resolution.”