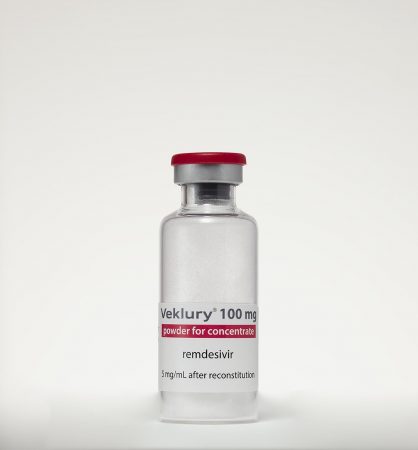 We now know enough about how COVID works for health authorities to have issued clear guidance on which drugs doctors should use on hospitalised patients. The recommended drugs are dexamethasone, remdesivir, and tocilizumab.

Remdesivir, also known as Veklury, is not manufactured in Australia and the Therapeutic Goods Administration (TGA) has recently issued an alert warning of a shortage of tocilizumab in Australia. And the large dexamethasone manufacturers are based overseas. The website Pharmaoffer, which shows suppliers of active pharmaceutical ingredients, lists the countries that produce the active ingredient in dexamethasone; Australia is not one of them.

More broadly, Australia lacks medicines manufacturing capability and this puts us at significant risk should supplies from overseas continue to be interrupted.

One report released last year described the Australian market for pharmaceuticals as “possibly one of the most vulnerable in the OECD”.

It’s time for Australia to re-invest in domestic medicine manufacturing.

Many people diagnosed with COVID-19 experience only mild, or no symptoms at all, and can be managed and monitored at home. Rest is the main treatment, and medicines such as paracetamol and/or ibuprofen can provide symptomatic relief of any mild fevers.

People with moderate to severe COVID-19 are treated in hospital. The medicines doctors will prescribe in hospital depend on a patient’s clinical circumstances, such as whether or not they are receiving oxygen therapy.

The pharmaceutical treatment options include:

Dexamethasone is already used for a wide range of conditions, such as certain forms of cancer and arthritis, and various other disorders. Now, it is used in treatment of COVID-19 to suppress inflammation and immune responses.

Remdesivir works by stopping the replication of viral RNA.

And tocilizumab is sometimes used when COVID-19 patients have signs of systemic inflammation.

Where are they made?

Australia is heavily reliant on supply agreements for medicines that come from overseas (and a manufacturing network might include a lot of countries). It’s been reported some of the large dexamethasone manufacturers are in Brazil and India.

To meet growing demand for remdesivir, its company (Gilead) has approved new deals for manufacturing in Egypt, India, and Pakistan. But while the remdesivir manufacturing network now includes more than 40 companies in North America, Europe, and Asia, the medicine is not manufactured in Australia.

Tocilizumab was developed in Japan and is now also licensed for manufacturing by the California-based company Genentech.

Need for Australian manufacturing base

There is an urgent need for Australia to increase local manufacturing of many types of medicines, not just COVID treatments, to secure current and future needs.

In general, Australia does have some medicine manufacturing sites in Australia but several have either closed or are slated for closure.

The Australian government has acknowledged the importance of boosting local production of medicines but it’s unclear what progress has been made.

In March this year, an interim report by the Productivity Commission on vulnerable supply chains again indicated medicines as an area of concern, noting that

the pharmaceutical industry is highly regulated, making entering the market or modifying existing facilities to respond to a crisis a slow and costly process.

The final report from this committee is currently with the government.

Manufacturing of medicines in Australia is regulated by the TGA. According to its website, it can take up to 12 months for an Australian manufacturer to get approval to bring a new manufacturing site online. This means it would take us a long time to act if a supply shortage pops up.

Significant backing from the federal government for local medicine manufacturing would reduce the risk of key medicine shortages in Australia, while also creating many highly skilled jobs.