Russia and Ukraine have already discussed opening “humanitarian corridors” for civilians to evacuate besieged areas, but they’ve proven unreliable and dangerous for those trying to flee. 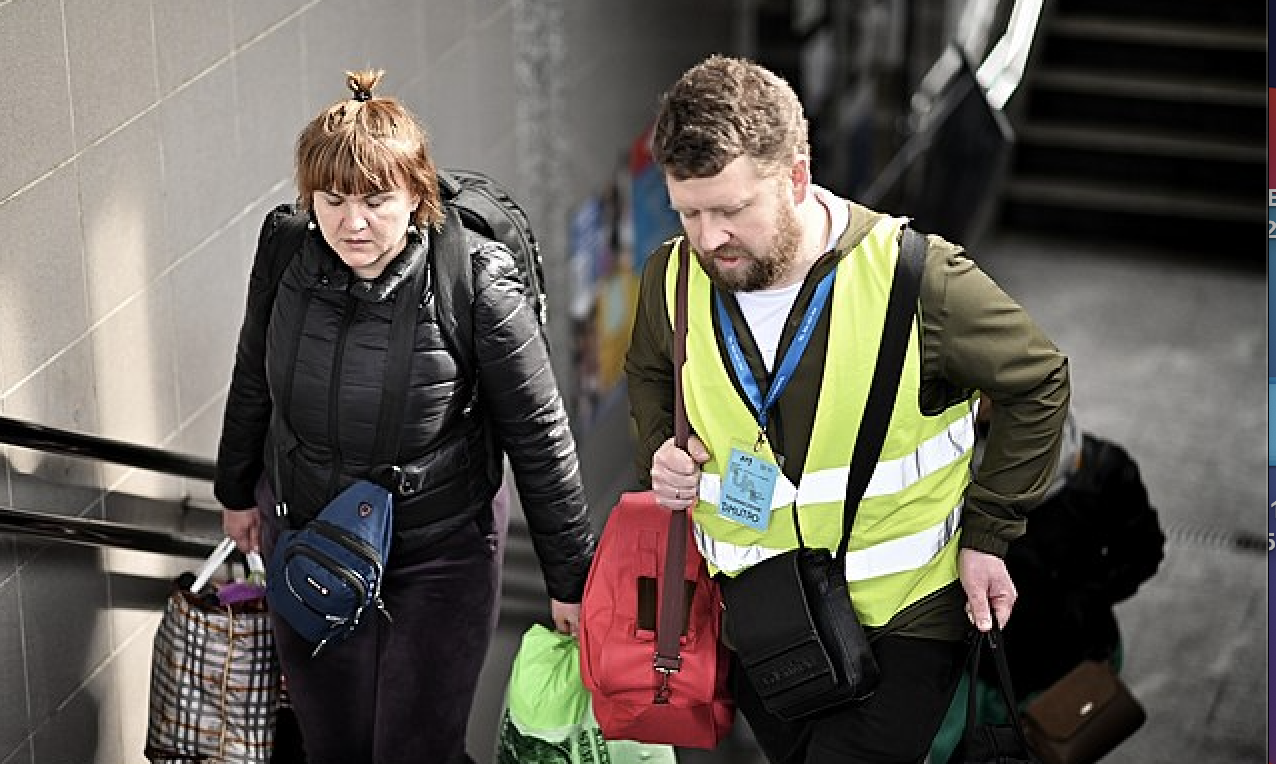 The Canadian government is building an “air bridge” for Ukrainians fleeing war to come to Canada.

In other words, it has given the green light to those fleeing the war in Ukraine to fly to Canada without passports or visas, as though they are simply walking across a land border or along a humanitarian corridor.

The Russian invasion of Ukraine has displaced more than 10 million people, with more than 4.5 million fleeing to neighbouring countries.

Shortly after Russia launched its invasion on Feb. 24, the Canadian government announced the Canada-Ukraine Authorization for Emergency Travel (CUAET), making it easier for Ukrainians to register online and come to Canada for safety.

The CUAET has no quotas, doesn’t require identity documents and extends admission to non-Ukrainian family members. Relocated Ukrainians receive an open work visa, meaning they can apply for any jobs on offer and switch to other opportunities if they prefer.

What’s also remarkable is that CUAET permits last three years as opposed to the standard six-month authorized stay for regular visitors to Canada. Since Jan. 1, more 6,100 Ukrainians have arrived in Canada.

The CUAET pathway is unique in Canadian history.

For most displaced people — often located in the Global South — refuge is temporarily found in a neighbouring country. As many as 3.6 million Syrian refugees are registered as living in Turkey, while 918,000 Rohingya refugees who fled Myanmar are encamped in Bangladesh. They arrived in both places by land.

The CUAET offers a direct air route, akin to walking across a border as Syrian and Rohingya refugees have done, with no requirement for identity documents. This is unprecedented. Travel is usually impossible without a passport and a Canadian visa. However, the government is welcoming all Ukrainians, regardless of whether they possess these documents.

Russia and Ukraine have already discussed opening “humanitarian corridors” for civilians to evacuate besieged areas, but they’ve proven unreliable and dangerous for those trying to flee. Referred to as safe zones or corridors, the idea comes from the principles of a just war. They are often temporary, pre-arranged pauses in conflict.

The CUAET program is linked to Canada’s interest in establishing “complementary pathways” to protect people on the move. These innovations are part of the search for solutions to refugee crises.

The promise to forge new pathways to safety for people on the move was elaborated in the United Nations’ 2018 Global Compact on Refugees and the Global Compact for Safe, Orderly and Regular Migration. The federal government under Prime Minister Justin Trudeau strongly supported the development and signing of this international pact.

Objective 5 of the UN’s Global Compact for Safe, Orderly and Regular Migration aims to enhance the availability and flexibility of pathways for regular migration. Signatory countries have committed to adapting:

“ … options and pathways for regular migration in a manner that facilitates labour mobility and decent work reflecting demographic and labour market realities, optimizes education opportunities, upholds the right to family life and responds to the needs of migrants in a situation of vulnerability, with a view to expanding and diversifying availability of pathways for safe, orderly and regular migration.”

The UN General Assembly endorsed this “non-legally binding, co-operative framework” that is similar to a declaration of shared intentions; it’s not a law.

At the time of signing, particularly after former U.S. president Donald Trump pulled the United States out of the agreement, the UN initiatives were subject to fierce debate on whether they would “erode our sovereign right to manage our borders,” produce meaningful change for millions of displaced people or represent yet another toothless gesture.

The CUAET program is therefore an innovation in the emerging international consensus on complementary pathways: it’s a humanitarian corridor through the sky. There has been no expiry date announced, the three-year visa is sizeable and it doesn’t have an economic imperative.

Education and labour mobility pathways are certainly valuable. But they’re designed to fulfil Canada’s interests in harnessing refugees’ skills to better the domestic economy. The CUAET, on the other hand, is a humanitarian route to safety without guaranteeing that displaced people give something back in return.

While advocates are rightly questioning why there is no analogous program for Afghans, the CUAET should nonetheless be supported as a true innovation in refugee protection.

This air bridge has the potential to be more promising than anything else in recent refugee history. In a world where increasing numbers of people are being displaced due to everything from war to climate disaster, an air bridge is something for Canadians to support, if not celebrate.