The secret to how Atlantic Canada weathered the COVID-19 storm? Political will 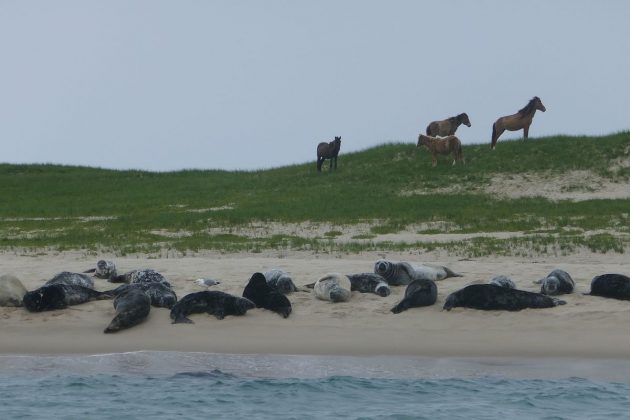 While vaccines have brought the end of the COVID-19 pandemic into view, most of Canada is still battling a brutal third wave of infections and deaths.

Meanwhile, Atlantic Canada’s COVID-19 response has been a world-famous success story, often attributed to its coastal geography and relatively low population density, as well as what Dr. Robert Strang, Nova Scotia’s chief medical officer, has called the region’s “collective ethic” — the willingness of its people to follow directives and make sacrifices for the common good.

These two factors are often used to argue that Atlantic Canada is a unique case — that it would be unfeasible to replicate the region’s success elsewhere. And yet this is evidently untrue, as demonstrated by the list of 28 countries that have beaten COVID-19, including China, Vietnam, Singapore and Australia.

The third factor in Atlantic Canada’s success, therefore, is the one most worthy of attention, as it holds the key for reproducing the region’s success in other parts of Canada. This factor is — simply put — political will. Provincial governments in Atlantic Canada have consistently enacted measures to prevent severe illness and death, protecting human lives over short-term business interests.

The region’s collective ethic would be insufficient without the political will and leadership to transform goodwill — and good science — into clear, effective policy. But goodwill isn’t unique to Atlantic Canada — there’s been no shortage of it elsewhere in Canada, too. Across the country, people have repeatedly demonstrated their willingness to make personal sacrifices and comply with public health measures.

National polls have consistently found that a clear majority supports measures to prevent the spread of COVID-19, even in the face of conflicting messages.

These measures have often been framed by the media as politically divisive, with anti-lockdown and anti-mask protestors playing a prominent role in public discourse. But an absence of consensus should not be mistaken for polarization.

By capturing mainstream media attention and using social media to spread their messages, small numbers of objectors can have an outsized influence on public discourse. This is a strategy used by activists of all stripes, with diverse motives, to achieve goals that may or may not align with the public interest.

But consensus is not required for democratic governments to protect public health with broad support, using reliable information. Inaction by governments — or inconsistent action, as many provincial governments have displayed — in the face of clear majorities reflects the interests of those governments, not the ethics of the people.

Highlighting dissent and perpetuating the illusion of polarization benefits governments that are not motivated to act on the needs and wishes of the public. Likewise, crediting success stories like Atlantic Canada’s to unique regional characteristics undermines the ample care and concern for others that is evident in other regions, too.

Even in Atlantic Canada, lockdowns and travel restrictions have not been universally popular. But the proof is in the pudding: objections lessened as the region saw positive outcomes.

Many Canadians are recognizing the high cost of government inaction. For example, support for Alberta Premier Jason Kenney and the United Conservative Party has fallen dramatically as a result of inadequate measures to control the spread of COVID-19 in the province. Too often, ongoing illness and death from COVID-19 are painted as the cost of doing business and preventing economic disaster.

These messages sow uncertainty. They also ignore the fact that countries that eliminate COVID-19 have been able to return to normal economic activity, with smaller declines in GDP.

Political will, not ‘collective ethic’

There are many lessons to be learned from Atlantic Canada’s COVID-19 success story. But there’s one to reject, too: the idea that Atlantic Canada’s success is due to a quality unique to the region, its communities and public life.

Much more can be gained by recognizing how the provincial governments in Atlantic Canada acted on this collective ethic, implementing tangible, life-saving measures. Such action is within the purview of all democratic governments — not only in response to the pandemic, but to multiple political, economic and environmental challenges that threaten the well-being of communities.

There is often more agreement on these issues than the public realizes. We must recognize that the prevalence of polarization and dissent is frequently overblown, shielding politicians from accountability to public needs and demands.

Until we do, politicians will continue to attribute Atlantic Canada’s success to its collective ethic, rather than its political will — as the battle against COVID-19 rages on in the rest of the country.