The risk of ‘peak oil demand’ for Canada’s Conservatives

If global demand for oil and gas rebounds and remains robust into the future, the CPC might not have a problem – but this future looks unlikely 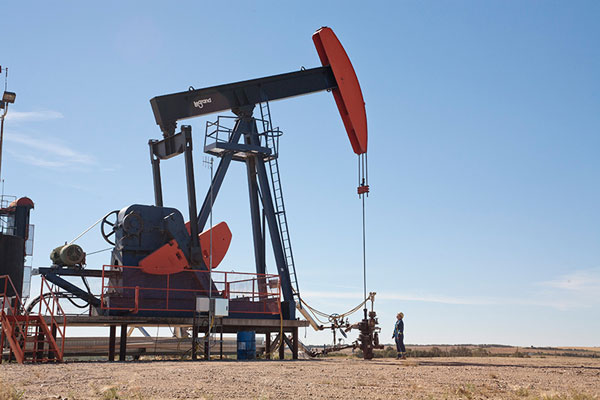 It’s no secret that the Conservative Party of Canada (CPC) is the energy sector’s greatest ally in federal politics. The party’s opposition to carbon pricing and support for just about anything that increases the ease at which energy producers can extract, refine and transport oil has made the CPC overwhelmingly popular among voters in Alberta and Saskatchewan.

As long as non-renewable resources remain an important engine of economic growth and employment in Canada, the federal Conservatives may very well remain competitive. If, however, we are truly approaching peak global demand for oil, the CPC may need to rethink its electoral strategy. What that strategy might be is anyone’s guess.

Federal parties rely on regional bases of party support. The dominance of the Liberal Party of Canada over the 20th century, for example, is often understood to be a direct result of the party’s ability to leverage its electoral strength east of the Ottawa River to compensate for its volatile and ephemeral support in western Canada.

The Conservatives, on the other hand, have typically dominated in western Canada, winning elections when the Liberals perform poorly in Ontario and Québec.

Though support for the CPC seems to be on the decline in British Columbia, this could not be further from the truth in Alberta and Saskatchewan. In 2019, for example, the Conservative Party won 33 of 34 seats in Alberta, and swept all 14 seats in Saskatchewan. So why is the CPC so popular in these provinces?

Most indicators point to their position on Canada’s resource sector. Chastising the governing Liberals for imposing a carbon tax, implementing more stringent regulations on pipeline developments and, more recently, banning single-use plastics at the expense of Alberta’s petrochemical industry, the Conservatives have explicitly branded themselves as the resource sector’s only friend in Ottawa.

As long as the CPC is able to capture at least a third of seats in Ontario and the Liberals don’t sweep Québec — a reasonable possibility at any given point in time — the Conservatives should remain competitive. So what’s the problem?

If global demand for oil and gas rebounds and remains robust into the future, the CPC might not have a problem. Increasingly, however, this future looks unlikely.

An earlier than expected peak?

Recent reports commissioned by the International Energy Agency, the Organization of Petroleum Exporting Countries, and the British oil and gas multinational, BP, have all indicated that global demand for oil could peak sooner than previously imagined.

Depending on several factors — such as the medium- to long-term impact of COVID-19, as well as the speed at which governments adopt clean energy policies — global demand for oil should peak sometime between the early 2020s and early 2030s.

Combined with the COVID-19 pandemic and government policies to reduce our dependence on non-renewable energy, the growing environmental movement that swept across the globe before the coronavirus may shift private investments away from oil and gas toward emerging clean energy technologies.

Indeed, international climate protests and long-lasting pipeline blockades are not good for business.

This is not to say that the Conservatives are doomed in the near future; in 2019, the energy sector directly employed nearly 300,000 people and indirectly supported over 550,000 jobs, including jobs in renewables. If, however, investment in Canada’s oil and gas sector continues to decline — as it has since the end of the commodity boom in 2014 — the number of Canadians with a vested interest in the energy sector may decline with it.

Barring the possibility that current forecasts of the oil sector’s future are completely off base, the CPC will be forced to rebuild its brand. Unfortunately for the Conservatives, it doesn’t appear as though they’ll be able to win by casting themselves as the party of fiscal discipline or the most competent managers of the economy.

Despite Conservative finance critic Pierre Poilievre’s efforts to cast the Liberals as profligate and incompetent managers of the economy, he seems to be swimming against the current. In the midst of historically low interest rates — along with indications that they will not be rising anytime soon — economists and central bankers continue to urge governments not to worry about deficit spending to stimulate the economy.

In fact, the very people known to be most concerned about public finances are telling politicians that, in the words of Federal Reserve chairman Jerome Powell, governments should err on the side of providing too much fiscal support rather than too little.

Though it may be time for the CPC to rethink its brand, it’s far from clear what it should be.