The problem with immigration targets: They’re ‘guesstimates’ easily misunderstood by the public

Statistics Canada’s low-growth scenario for Canada’s population in 2025 is 39,861,100, which would make the planned immigrant intake equivalent to 1.25 per cent of the population. 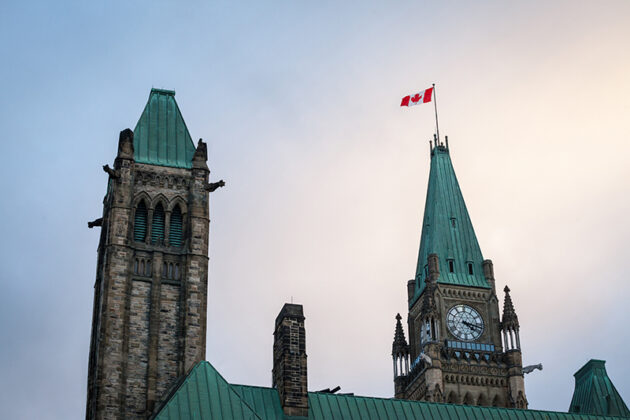 The illusion of science that surrounds these numbers and their emotive force make them powerful political tools that need to be better understood by the public to avoid provoking anti-immigration sentiment.

Immigration targets are immigration bureaucrats’ best guess, based on institutional experience and analyses, of how many people can join a society and economy without threatening social cohesion.

In other words, they are estimates of what Canadian immigration bureaucrats have historically referred to the country’s “absorptive capacity.”

Writing in 1948, a high-ranking civil servant called the concept “difficult if not impossible to measure,” while noting that it includes factors such as the population to land ratio (accounting for expected standards of living), demographic trends, employment opportunities and immigrants’ economic, social and human capital.

Based on these considerations, the federal government has aimed since the 1950s — and, as shown below, mostly failed — to bring in the equivalent of one per cent of Canada’s population annually through immigration.

Ottawa’s announcement late last year of plans to raise its immigration target to 500,000 a year by 2025 is therefore unremarkable from a policy perspective.

Statistics Canada’s low-growth scenario for Canada’s population in 2025 is 39,861,100, which would make the planned immigrant intake equivalent to 1.25 per cent of the population.

The problem with immigration targets entering public debate is that they eliminate nuance while raising anxieties. Like governments, the general public is concerned about “absorptive capacity,” but it seldom has access to the kinds of detailed academic research on the economic and social integration of immigrants that civil servants do.

Integration successes and challenges can vary by someone’s human capital (for example, education and linguistic ability); how they enter the country (for example, as a skilled worker or a spouse); their age and macroeconomic conditions upon arrival; broad institutional contexts (including the structure of labour markets); racial or ethnic discrimination; and the quality of their social ties in Canada.

None of the nuance needed to answer the question of how many and what kind of immigrants have a positive or negative effect on society is reflected in a single, large number.

Absent a more complete picture of immigrant integration dynamics and outcomes, immigration targets can easily activate public anxieties about immigrants threatening social cohesion by increasing competition for resources like health care, housing, education and desirable jobs, or by creating what some might regard as too much socio-cultural diversity.

This is evident in Québec Premier François Legault’s declarationlast year that admitting more than 50,000 immigrants a year to the province would be “a bit suicidal.”

This statement followed former Québec immigration minister Jean Boulet’s claim that “80 per cent of immigrants (who) go to Montréal don’t work, don’t speak French or don’t adhere to the values of Québec society.”

Such statements are neither new nor exclusive to Québec.

Immigrants have long been the scapegoats for broader political failures. Just ask Georg Simmel, a Jewish sociologist in early 20th-century Germany, who identified “the stranger” as a key position in modern societies and one often held by immigrants.

Economic insiders but perpetual social outsiders, “strangers” are at once appreciated for their economic utility and easily declared an “inner enemy” when troubles arise.

The scapegoating of “the stranger” is politically expedient, as it allows both political leaders and dissatisfied citizens to avoid painful questions about the real sources of their troubles, including long-term trends in social, health and housing policies, which require sustained political efforts to fix.

When immigration targets cause public anxiety, they can fuel political polarization and be used by politicians to justify harsh immigration policies.

Take the case in the United Kingdom. In 2010, Conservative Prime Minister David Cameron announced that immigration needed to be limited to “tens of thousands” rather than “hundreds of thousands” of people per year to reduce pressure on public services.

Plucked out of thin air during a television appearance, the “tens of thousands” guesstimate, which became known as the “net migration target,” has had a large impact on policymaking and public perceptionsof British immigration over the past decade.

The idea that there were too many immigrants being admitted by a factor of 10 helped to justify a new, restrictive immigration policy — as well as Brexit — as a means of limiting immigration from Europe under the European Union’s freedom of movement clause.

The target also became a justification for creating a hostile environment for immigrants in the United Kingdom, whereby controls on legal status have been integrated into everyday settings like classrooms, health-care facilities and workplaces.

Guesstimates like immigration targets can be useful and expedient for policymaking. But in the public arena, they need to be more fully understood if immigration debates are to be grounded in evidence.