The Paris Agreement at 5: Time’s running out. How to get the world back on track to meet its climate goals

The Paris Agreement on climate change was hailed as the turning point to keep global warming in check, but progress, however, has been insufficient 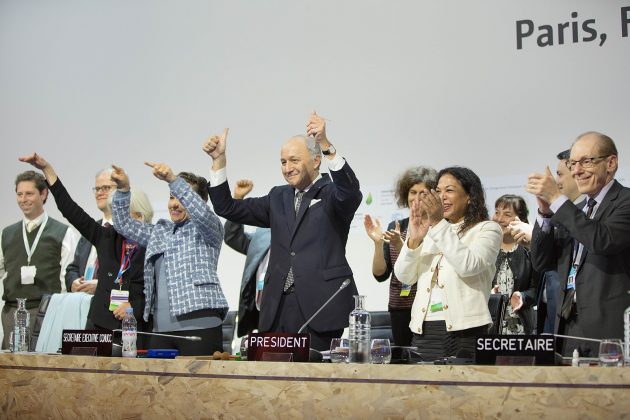 COVID-19 has dramatically changed how we live our lives, reducing air travel and automobile use. But even these significant socio-economic changes are not the long-term changes needed to address climate change. We are still set to overshoot Paris Agreement target to keep the global temperature rise this century to below 2C and to pursue a limit of 1.5C.

Bigger lifestyle, technology and land-use changes must be adopted if we are to meet the target. And while the technology exists, the imagination necessary to achieve success may be lacking.

Five years ago, the Paris Agreement united countries around the world, each making individual pledges, called Nationally Determined Contributions, to lower carbon emissions. But these pledges haven’t been enough.

As a researcher studying climate change, energy and sustainability policy, solving the complex problem of climate change and greenhouse gas emissions keeps me up at night.

“The window of opportunity, the period when significant change can be made, for limiting climate change within tolerable boundaries is rapidly narrowing,” the authors of the IPCC Special Report on Climate Change and Land wrote in 2019.

The world’s remaining carbon budget — the amount of greenhouse gas emissions that can be released and keep the world below its 2C threshold — could be depleted by 2028 unless thoughtful decarbonization of the economy occurs with post-COVID-19 recovery.

At this point, if the world does not begin to reduce the amount of carbon being released into our atmosphere, we will likely be unable to meet our Paris Agreement commitments. This means in five years we must be close to achieving net-zero carbon emissions.

It is clear urgent action is required — a combination of new technology (clean and renewable), energy efficiency and societal change. Stated policies only get us part way there, and more measures are required, including valuing nature’s contribution to people, rainwater harvesting, ensuring conservation easements, afforestation and reforestation, and protecting soils and wetlands.

The majority of climate change scenarios consistent with the Paris Agreement rely on technologies that remove carbon dioxide from the atmosphere or prevent it from being emitted.

There is no one single policy solution to climate change. Instead we need a system or suite of policy portfolios. Economists prefer a carbon tax for its economic efficiency and because it is technology neutral and allows producers and consumers to make choices.

Green financing, targeted tax credits (such as 45Q, a U.S. tax credit that encourages carbon dioxide capture), greater efficiencies in infrastructure, buildings and homes, and nature-based solutions, such as constructed wetlands, rainwater harvesting and protecting grass and grazing lands are all important measures to be advanced through incentives or regulation.

A key remaining question is how governments can make the best climate decisions in the face of increasingly legally binding commitments. Rigid provincial, territorial and sectoral targets give rise to burden-sharing decisions as certain sectors are exempted from regulating carbon emissions or businesses move to less rigid jurisdictions resulting in carbon “leaking” from one jurisdiction to another.

Climate accountability frameworks, such as those legislated in Manitoba, British Columbia, New Zealand and the U.K., break long-term targets into interim milestones and hold governments to account. President-elect Joe Biden’s planned changes to U.S. climate policy, including rejoining the Paris Agreement, will address some of these issues and bodes well for Canada’s advancing climate policy.

The World Economic Forum has created an Energy Transition Index to help policy-makers and businesses plot a course for a successful energy transition. Several countries such as Sweden, the U.K. and France have done well at reducing energy subsidies, achieving gains in energy intensity of GDP, and increasing the level of political commitment to pursuing aggressive energy transition and climate change targets. But Canada’s score has worsened between 2015 to 2020.

Governments are increasingly recognizing the need to embrace laws and policies with targets of net zero emissions by 2030 or 2050. Many countries, including Sweden, the U.K. and Hungary, have declared ambitious net-zero emissions goals — Suriname and Bhutan have already achieved these goals. Others are considering them. In all, 77 countries, 10 regions and more than 100 cities announced their commitment to net-zero carbon emissions by 2050 and the momentum continues to build.

Business is changing. Planning for the financial quarter or year end has become obsolete. As airlines realized during COVID-19, governments and funders are reticent to bail out an industry whose massive profits over the years have been paid to shareholders and used to buy back stocks, thereby making the companies less resilient. Business is now considering the long term.

A large number of global organizations have also declared carbon neutral targets, especially those with end-consumer-facing business models (including Amazon, Google, Apple, Cenovus Energy, TELUS and Maple Leaf Foods). Our youth recognize the intergenerational injustice of worsening future climate change impacts include storms, fires, droughts and floods. Seventy per cent of young people consider the speed of energy transition to be either stagnant or too slow, and they are willing to pay for it and accept the lifestyle changes required.

The Paris Agreement unified the world in setting a target of limiting global warming. The door is closing on achieving this target. The next five years are the years for ensuring through meaningful policy and action that this target is achieved!