The other WE Charity scandal: White saviourism

WE’s own practices and policies are now also being scrutinized 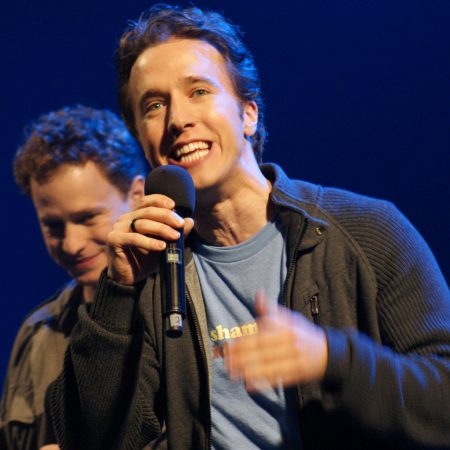 The recent WE Charity scandal has stemmed largely from the relationship between Craig and Marc Kielburger and Prime Minister Justin Trudeau and his family members.

But WE’s own practices and policies are now also being scrutinized.

Fifty years ago, Canada’s first volunteer-deploying development agency took a look at a WE-type proposal, and immediately dismissed it as arrogant and insulting to recipient countries of the Global South. Fittingly enough, this took place under the auspices of former prime minister Pierre Trudeau, Justin’s father.

Youth volunteer programs have a long Liberal party history, particularly during Pierre Trudeau’s years as prime minister in the 1960s and 1970s.

Pierre Trudeau also had a relatively open-minded approach to Cuba, including a friendship, of sorts, with Fidel Castro. These two affinities — Cuba and international youth volunteer programs — helped pave the way for Canada’s first major presence in revolutionary Cuba.

In the 1960s and 1970s, well before Canadians travelled to Cuban beach resorts, Cuba welcomed young Canadian teachers and researchers. Via the non-governmental organization Canadian University Service Overseas (CUSO), Canada was the first NGO invited to Cuba in the tumultuous decades after the 1959 Revolution.

CUSO operated for more than 10 years in Cuba, and Library and Archives Canada houses a huge selection of documents and correspondence related to the organization.

Revolution was in the air, but CUSO saw Cuba primarily through the lens of an opportunity for international development.

As CUSO’s volunteer handbook explained: “For those who know the countries of the under-developed world, Cuba will present a surprisingly advanced state of development in health, education and social conditions.”

Even the Globe and Mail enthused, in 1969, that Cuban-Canadian co-operation could “teach Canada a lot about an experiment in development which has had its unusual successes.”

Cuba requested aid from Canada to rebuild its engineering capacity, decimated by the exodus of skilled professionals after the revolution. CUSO oversaw a program for Canadian engineering professors to train a new generation in Cuba. Canada sent highly skilled teachers, but this program was based on reciprocity.

“What can we learn from a sugar cane economy?” asked one of the Canadian professors who spent a month teaching in Cuba in 1973.

Plenty, as it turned out. Canadian engineering professors and other researchers who taught in Cuba in the 1970s were enthusiastic about their students, as well as how much the experience changed their own perspectives on teaching, global development and the practice of engineering in the developed world.

No Canadian teens sent to Cuba

But as this project was percolating, another possible CUSO initiative emerged in Ottawa that almost sunk it. The brief but intense controversy about sending young Canadians to Cuba as volunteer sugar cane cutters raises questions about why the Kielburgers’ international development approach hasn’t been controversial for years.

An Ottawa CUSO staffer watched the Cuba program develop and had an idea. CUSO should organize a massive brigade of Canadian youth to cut sugar cane in Cuba in the summer of 1971.

This would address two issues: ongoing concerns about Canadian youth summer unemployment, and the Cuban campaign to harvest 10 million tons of sugar (a goal that was not met).

“My reaction to CUSO getting into this brigade type work in Cuba is, from Cuba, COMPLETELY NEGATIVE.”

Reading the CUSO archives in Ottawa decades later during my research into Canada/Cuba relations, I could almost hear his outrage on the page. Drawing from his previous experience working in Kenya, Vise argued that recipient countries were sensitive to “receiving the cast-offs of labour that can’t be used in donor countries.”

Why would Canada dump their unemployed kids on poor countries, Vise wondered?

“We have been invited by the Cubans to provide western technological knowledge, methods and contacts. They want from us fast development and education in the aspects of capitalist technology and production where Soviet bloc technical aid has not provided them with the answers.”

What will it mean, asked Vise, to “recipient countries’ feelings of self-respect” if, instead of technical expertise, they’re on the receiving end of unemployed teenagers?

I’ve been interviewing retired Canadian-trained engineering professors in Havana, all of whom have detailed how this Canadian project facilitated their country’s 1960s-era dream of independent development.

No more was heard about the proposal to send Canadian youth to cut Cuban sugar cane; it was clearly considered a bad idea at the time. It remains a bad idea, and WE stands apart from what most development scholars, teachers and organizations consider good practices. WE, in fact, has often been accused of white saviourism.

From today’s perspective, when WE tells youth unskilled in anything but Canadian good intentions that their mere presence in the Global South is helpful, the story of the cane cutters seems a warning flare for the future.