The delicate balance between grocery store profit and food security

While the unease between profit and food security is not new, a company taking advantage of an inflationary windfall is still irresponsible and immoral. 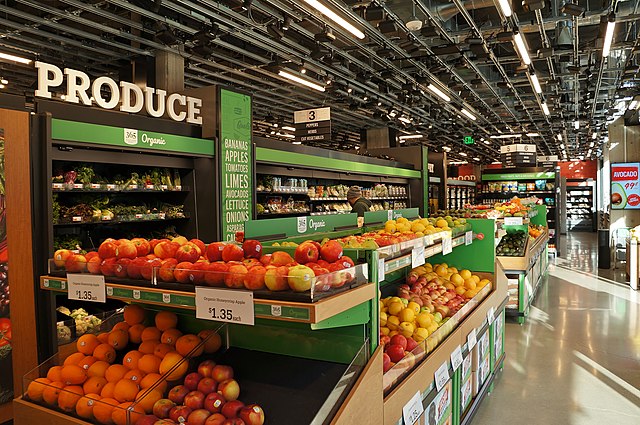 Food prices in Canada continue to soar in the face of labour shortages, the rising cost of goods and supply chain disruptions. Statistics Canada recently reported that the food inflation rate in the country has reached 7.4 per cent and that it will most likely rise again in the coming months.

Last December, Canada’s Food Price Report 2022 forecast an overall increase in food prices in Canada of up to seven per cent, but there is a strong possibility that market disturbances related to the conflict in Ukraine could push prices even higher this year. This could cause trouble for grocery retailers that have become the epicentre of food price increases.

The general inflation rate is at its highest since 1991. This underpins serious concerns for food security as food, energy, gas and housing prices soar.

When faced with skyrocketing food prices, some shoppers understandably suspect retailers of greed and taking advantage of inflation to raise prices. Skepticism of the food industry will likely increase, yet we must be careful before judging too quickly.

At the Agri-food Analytics Lab, our research follows food prices closely. Every year, we predict which food categories will increase or decrease in value, and by how much. Generally, we get it right, but this year, food price inflation is set to surpass our predictions.

Certainly, these are interesting results; profits are indeed on the rise compared to pre-pandemic years, but these rates are still below the increased rate of food inflation. In other words, the performance of these chains has actually stagnated, if we compare it with the increased cost of living.

Profit margins in the food distribution sector are generally smaller than in other sectors. The profits of large Canadian companies in other industries far exceeded those of the major grocery chains. For example, in 2021, Enbridge’s profit margin reached 13.4 per cent and Telus’ was 9.8 per cent. In the banking sector, the profit margin of the Bank of Nova Scotia was 33.8 per cent — almost 10 times more than the largest food distributors.

While the unease between profit and food security is not new, a company taking advantage of an inflationary windfall is still irresponsible and immoral. However, proving there is profiteering is virtually impossible, unless there is a confession like the 2017 announcement by Loblaws, admitting to having participating in bread price fixing.

With no real consequences imposed on participants, consumers are rightfully cynical, especially since the investigation by the Competition Bureau had not yielded much. In light of this scandal, the industry deserves its share of reproaches.

The balance between profits and social responsibility remains fragile in food, compared to other types of businesses. Nonetheless, if some people believe that our retailers are making too much money, then the question must be asked: what is the acceptable threshold of profitability in food distribution? One per cent? Three per cent? Five per cent?

How can we protect consumers?

In order to protect consumers, some refer to retail price regulation. This strategy already applies to a few products such as milk and beer, among others. However, state intervention for thousands of products would become a veritable bureaucratic and managerial nightmare, leading to high management costs that would end up being passed on to taxpayers.

In Canada, we have fairly well-run food retail businesses, but the lack of competition in the country often invites criticism. We only have five big players in grocery distribution: Empire/Sobeys, Loblaws, Metro, Costco and Walmart.

As profit-related accusations linger, the distributors could still show some empathy towards the public. There are few in-store discounts and promotions these days and flyers seem to be getting thinner since the start of the pandemic.

Grocers were subject to increased scrutiny during the pandemic, as one of the only public spaces to remain open during lockdowns. In a matter of days, they had to put protective measures in place and make the rapid switch to online retail. Actions to support struggling consumers, such as offering discounts for food nearing its best before date, will be key going forward.

Metro has made a step in the right direction by announcing it would use its profit margins to offset some of the cost of food price inflation. Other grocers should take similar to find ways to improve affordability for consumers, who can’t catch a break otherwise. If the big chains don’t demonstrate their intention to help the consumer struggling to balance their budget due to inflation, criticism of their profits will intensify.