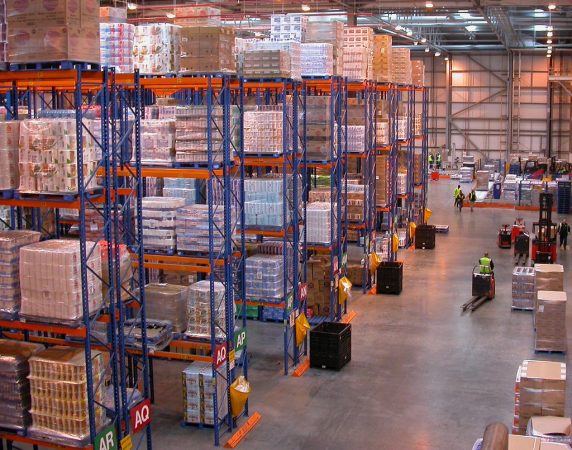 COVID-19 has laid bare many uncomfortable truths regarding society’s overall preparedness for low-probability but high-impact events, especially global ones. These range from issues pertaining exclusively to pandemic readiness (like our domestic capacity to produce personal protective equipment, ventilators, sanitizer and vaccines) to matters that are considerably less esoteric, like the ability of global supply chains to operate regardless of the various stresses put upon them.

The latter goes far beyond the toilet paper supply issue experienced early in the pandemic. It expands to include a whole range of products like lumber and other building materials, tools, foodstuffs, seeds, furniture, cleaning supplies, aluminum cans, jars, pools and pool equipment, chemicals, bicycles, camping gear, household appliances and replacement parts of all kinds.

In many cases supply chains have been simultaneously squeezed on both ends — supply and demand.

While unscheduled closures of manufacturing and distribution facilities, bottlenecks at borders and sick workers have caused choke points in supply lines, people being cooped up in their homes for months on end have driven up demand for a host of products.

There has also been a simultaneous shortage of labour, particularly in the licensed trades.

Throw in other disruptors, like the massive winter storm in Texas in February, the six-day blockage of the Suez Canal due to the grounded ship Ever Given in March and the six-day closure of the Colonial gasoline pipeline in the United States after a cyberattack in early May.

Also include the fact that shipping containers are being lost in record amounts for various reasons, with more than 3,000 going overboard in 2020 and the 2021 number already hitting 1,000 by the end of April.

The pandemic has shown us that global supply chains are a huge house of cards: fragile enough on a good day, but prone to come tumbling down
when there’s an unexpected breeze.

This has been particularly apparent with the manufacturing of computer chips.

The demand for microchips

Prior to COVID-19, there was already great pressure on the production of microprocessors, microcontrollers, motherboards and the like due to limited global production capacity and greater calls for product. The pandemic has placed additional pressure on an already pressed segment, as production and distribution bottlenecks have been met with increased pandemic-driven demand.

Not so long ago, disruptions in the production of microchips tended to impact only the manufacture of smart phones, tablets, computers, external hard drives and, more recently, flat screen televisions.

Today, however, such disruptions also impact the production of automobiles, as chips are increasingly being used in power steering and braking systems, car infotainment systems and other components. Indeed, both General Motors and Ford Motor Company have idled a number of plants in North America due to the global semiconductor shortage. And being relative newcomers to the microprocessor market, automakers don’t have the clout that other buyers have, often leaving them out in the cold when supplies dry up.

The situation for automakers is only expected to get worse as more and more consumer goods get smart via wifi or Bluetooth connectivity.

The growing list of items that require microchips is disconcerting, as these components are almost solely manufactured in some of the riskiest places in the world from a natural disaster perspective: China, Japan, Taiwan, South Korea, Malaysia, Thailand, the Philippines and California.

This has to change. We need more manufacturing facilities for microchips and these must be located in places with low risk to natural and other hazards.

But whether we are talking about microchips, wood chips or potato chips, corporations need to get intimately familiar with their supply chains if they aren’t already: What they get, how often, in what quantities, from whom, from where, how and why. Business continuity, contingency plans and workarounds must be put in place ahead of time to deal with what-if scenarios. Risk managers — either in-house or third-party consultants — need to be in on these discussions, as do boards of directors.

Finally, and from a big picture perspective, society needs to get a better idea of where choke points exist (both at the manufacturing and distribution levels and in the physical world) so these can be addressed, eased or even eradicated. Further, we need to do more research into understanding how consumers behave in the face of crises. The emerging fields of behavourial economics and decision science have much to contribute to this discussion.

It’s a different world out there, a more interconnected, and a more dangerous one. And we are currently learning the hard way that global supply chains don’t operate on auto pilot.