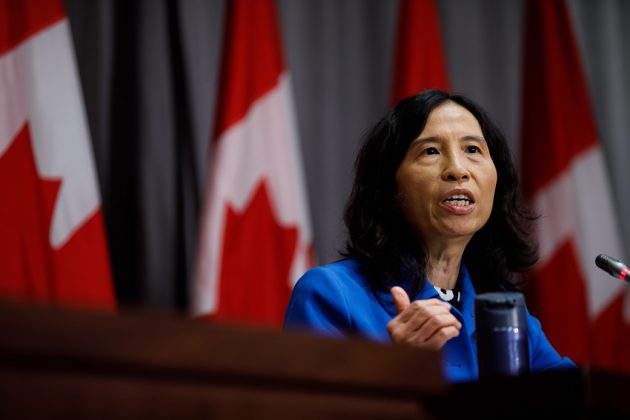 We’ve repeatedly seen the ways in which COVID-19 has disproportionately affected women. However, the pandemic has been a boon for some women, who have received increased attention in the news because of their expertise.

COVID-19 has meant daily press briefings from Canada’s public health officers, many of whom are women. Facts and figures from those briefings have resulted in an increase in the number of quotes by women in news articles.

We know of that increase through data from the Gender Gap Tracker, a public awareness tool that measures the proportion of men and women quoted in Canadian media. The Gender Gap Tracker is a collaboration between the Discourse Processing Lab (my lab), the Big Data Initiative at Simon Fraser University, and Informed Opinions, a non-profit dedicated to amplifying the voices of women in the media.

The tracker has shown a three percentage point increase in quotes by women since March this year, compared to the same period in 2019 (to 31 per cent from 28 per cent). This increased visibility of public health officers is certainly a boon for women, and an indication of the prominence of women in health care and public health.

In the media, we also hear more from women on certain pandemic-related topics: in April 2020, the majority of those quoted on health care, care homes, schools, or jobs and worker benefits were women.

It is good news that we have created spaces for women to voice their concerns on those important issues (childcare, schools, jobs, health care). It is also a welcome development that many of the experts in those fields are women and they are being quoted because of their expertise, not just because they are affected.

Men, however, are still dominant in politics, business, finance, and sports. And they are quoted, overall and regardless of topic, about three times as often as women.

Beyond COVID-19, the Gender Gap Tracker shows the unequal role and representation of women in society. Over the past two years, we have monitored how often women are quoted and in which topics. We found women are quoted on three recurring topics more often than men: health care, entertainment and lifestyle

Another area where women are frequently quoted is legal and court cases. That is because women are much more likely to be victims of violence. In an analysis of the top people quoted each month for the past two years, out of the almost 2,000 individuals (politicians, business leaders, athletes, experts, celebrities, victims), 10 victims or witnesses were men, while 95 were women.

This lack of equal representation in the news is even more pronounced in politics. In that analysis of the top 2,000 individuals quoted over the past two years, we found that 294 of those people were male politicians, while 268 were female politicians.

That may sound like we are close to parity. It certainly helps that we have a gender-balanced federal cabinet, as many of the politicians quoted are federal or provincial ministers. However, when we look at the actual number of quotes, that is, the number of times somebody was quoted, the difference is astounding: over 100,000 quotes by the 294 male politicians compared to 28,000 by the 268 female politicians.

It looks like women are given a presence, but then men get the majority of the space.

A recent report commissioned by the Bill and Melinda Gates Foundation analyzing news coverage in India, Kenya, Nigeria, South Africa, the United Kingdom and the United States finds remarkably similar proportions to those in the Gender Gap Tracker: “A woman’s voice is drowned out by the voices of at least three men.”

These are two complex problems, of gender bias in society and gender representation in media. First, we see the disproportionate impact of the pandemic on women, and, second, how women are represented in the news and how often.

Ours is by no means a solution to such problems. We offer a public awareness tool, because we believe that it is only by quantifying the current situation that we can accurately measure whether we are making progress.