During the first six months of 2022, the Big Four paid an estimated $8 billion in royalties to the Alberta government. 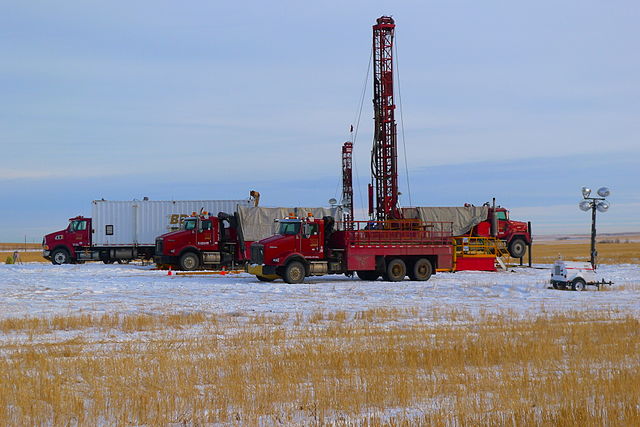 These four producers — known as the Big Four — account for about 84 per cent of Alberta’s daily production of 3.3 million barrels of bitumen, a type of crude oil found in oilsands deposits.

Not only that, but it is the oilsands that have driven Alberta’s economy and finances for the past two decades. According to Alberta’s 2022 budget, oilsands production will make up 87 per cent of the province’s total oil production, as conventional fields empty.

In the face of growing environmental concerns and regulatory requirements, some international companies have decided to exit the oilsands. Between 2016 and 2019, foreign oil companies Chevron, Shell, BP and Statoil sold their oilsands holdings.

But other major Canadian producers, like CNRL and Cenovus Energy, have doubled down. They see the emission-intensive extraction operation as a golden opportunity to dominate an increasingly single-industry province.

As a political scientist who has worked in a large Alberta-based financial institution and the provincial treasury department, I am familiar with the booms and busts of Alberta’s economy and its correlation to provincial finances. The financial dependence of the Alberta government on bitumen royalties has increased enormously over the past several years.

An industry flush with cash

By comparing the amount of bitumen royalties and corporate income taxes from the Big Four to Alberta’s total revenue, it is possible to estimate the province’s fiscal dependency on these companies.

The numbers show that no province, other than perhaps New Brunswick with its dominant Irving family, comes near Alberta’s level of corporate fiscal dependency.

The revenue expected from the Big Four oilsands producers in 2022, assuming an average per barrel price of $115, will be a staggering $116 billion — about 25 per cent of Alberta’s GDP.

During the first half of 2022, Imperial Oil, Cenovus Energy, CNRL and Suncor Energy have reported net income of $17.1 billion.

What is less understood is what this vast increase in revenue means for the Alberta treasury and, to a lesser extent, the federal government.

Since Alberta has the lowest corporate tax rate in the country, this creates an enormous incentive for these companies to create as much taxable income as possible. The taxes and royalties so far this year amount to about $10 billion, which would easily pay for Alberta’s K-12 education system.

The concentration of economic and financial power in the Big Four means Alberta’s next premier must heed the needs of these massive oilsands players. As oil prices rise, the financial dependency of the provincial treasury on the Big Four will grow.

Alberta’s 2022 budget adopted a very conservative oil price estimate of US$70 per barrel, which deliberately understated the expected surplus. It estimated bitumen royalties would return $10.3 billion during the fiscal year.

Using this conservative oil price forecast, Alberta’s budget estimated its total revenue will be $52 billion. In reality, its revenue will likely be much higher.

The Big Four’s political influence has most recently manifested in its dominant position in the Pathways Alliance. This lobbying consortium — known as COSIA — consists of the Big Four, ConocoPhillips and MEG Energy.

Central to this lobby effort has been successfully convincing Ottawa to give the firms a tax credit in the 2022 federal budget. This sets a dangerous precedent — if Ottawa itself is willing to grant the wishes of the Big Four, what chance will the Alberta premier have in refusing similar requests?

The fiscally dependent Alberta government will continue its battles against Ottawa on behalf of the Big Four. Whether or not this is good for Alberta’s democracy, its residents and the planet is another matter entirely.