The United States has a robust food supply chain and a social safety net in place that could, if fully utilized, nearly eliminate hunger within its borders

February 3, 2021  by Craig Gundersen, Professor of Agricultural and Consumer Economics, University of Illinois at Urbana-Champaign 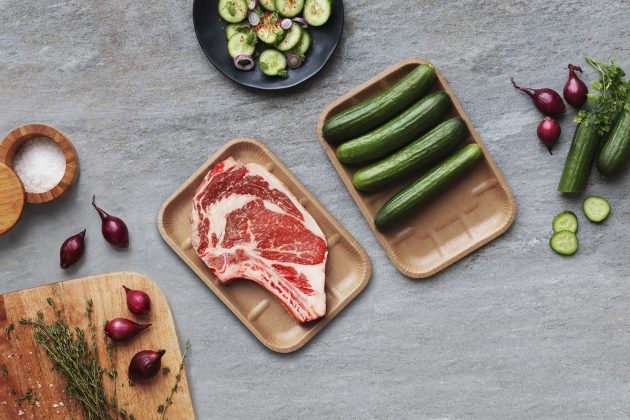 The Biden administration faces many challenges, some of which may prove to be intractable. But in one key area affecting tens of millions of Americans, it is well-positioned to attain a truly monumental achievement – the near total elimination of food insecurity in the U.S.

This may at first glance seem a little far-fetched. After all, despite numerous efforts from the administration of John F. Kennedy through that of Donald Trump, the achievement of a hunger-free American has been elusive.

But as someone who has spent over 25 years investigating the causes and consequences of food insecurity, I know that this is a relatively straightforward problem to fix with the right political will. Importantly, the Biden administration has inherited a food ecosystem and social safety net that has the potential to make it possible with only a few relatively minor – albeit not inexpensive – changes to the system.

What is at stake could be transformative for millions of American families. By sharply reducing food insecurity – defined by the U.S. government as “the uncertainty of having, or unable to acquire, enough food due to insufficient money or other resources” – the Biden administration would be ensuring that all Americans have the right to food and tackle what is a leading indicator of well-being.

The extent of the problem is large – more than 35 million Americans lived in food-insecure households in 2019, with a higher number projected due to COVID-19.

Food insecurity increases the risk of many health issues, including diabetes, depression and poorer general health – all of which lead to dramatically higher health care costs.

But the extent of food insecurity and the consequences would be far higher were it not for two salient characteristics of the U.S. food economy, which could be leveraged to nearly eliminate food insecurity.

The United States has an agricultural supply chain that, I believe, serves as a model to the rest of the world. This manifests itself in the astounding variety of food that comes from farmers and food manufacturers from the U.S. and around the world on our supermarket shelves and in our restaurants. Some of this food is, of course, quite high-priced, and other items are not particularly nutritious. But America’s food retail outlets are generally filled with safe and nutritious food that is low-priced.

The existence of these readily accessible food stores across our country has led to substantially lower food insecurity rates than in countries with higher food prices such as the Netherlands, Denmark, South Korea and Taiwan.

During the pandemic, this agricultural supply chain remained intact as evidenced by food prices remaining low and our shelves full. In short, the nation doesn’t have to redesign its food system to alleviate food insecurity.

The most critical component of the social safety net against food insecurity in the U.S. is the Supplemental Nutrition Assistance Program (SNAP), formerly known as the Food Stamp Program. For almost 60 years, this program has served tens of millions of Americans who have nowhere else to turn during their times of need.

SNAP’s success in alleviating food insecurity has been demonstrated in study after study after study. Research has shown that SNAP recipients are up to 30% less likely to be food-insecure than people who are eligible but don’t get these benefits.

Households are eligible for SNAP if they satisfy three criteria: Their overall income must be less than 130% of the poverty line, although it can be higher in some states; this income after deductions cannot exceed the poverty line; and their total assets, not including the value of a home, cannot exceed US$2,250 – although this test is waived in most states and set at a higher rate in others.

Those who get SNAP benefits receive an electronic benefit transfer card that they can use at over 250,000 supermarkets and other retail food outlets in the U.S. The amount they receive is usually inversely related to their net income.

With SNAP, the Biden administration has at its disposal what is the quintessential example of a successful government program – it sets out to alleviate hunger, and to a degree it succeeds. But it doesn’t pull everyone out from food insecurity despite its size and success.

To a hunger-free America?

These two realities – a robust and sustainable food supply chain and a government program designed to reduce food insecurity – provide the bedrock upon which a concerted effort to end food insecurity in the U.S. can be built. There are three steps the Biden administration can take to build on this platform.

First, the government can increase the maximum SNAP benefits.

As others and myself have previously shown, an increase of roughly $160 per month in the maximum benefit would lead to an over 60% drop in food insecurity among SNAP recipients. Biden has announced an increase to the maximum benefit level of 15% in response to the COVID-19 crisis. While this is a good idea during a pandemic-induced economic downturn, the same arguments for higher benefits also hold, I believe, outside of this time of crisis.

Eligibility for SNAP could be expanded as a second step.

Millions of Americans have incomes that are too high to get these benefits. For example, one in four of those who are designated near-eligible for SNAP – that is, with household incomes between 130% and 185% of the poverty line – are food-insecure.

Third, the Biden administration will need to protect the agricultural supply chain underpinning these potential gains so that it can continue to produce affordable food. Of particular note, they need to consider any trade-offs that exist between meeting environmental goals and food prices. For many Americans, the potential price increases can be borne and are perhaps worth paying for if they lead to improved environmental conditions. But for those who are facing economic hardship, higher prices would lead to more food insecurity.

I believe the Biden administration, in constructing its new environmental policies, should take care that any cost to low-income Americans is not too excessive. One solution could be to find ways to compensate people for any resulting higher prices. Again, this could be achieved through increased SNAP benefits.

The tools to nearly eliminate food insecurity in the U.S. are at the disposal of the Biden administration. If it takes up these tools, it would constitute a truly monumental achievement.