Telecommuting can reduce congestion, but might create other traffic problems

The impact of telecommuting on reducing congestion is not very noticeable because some telecommuters reorganized their activities. 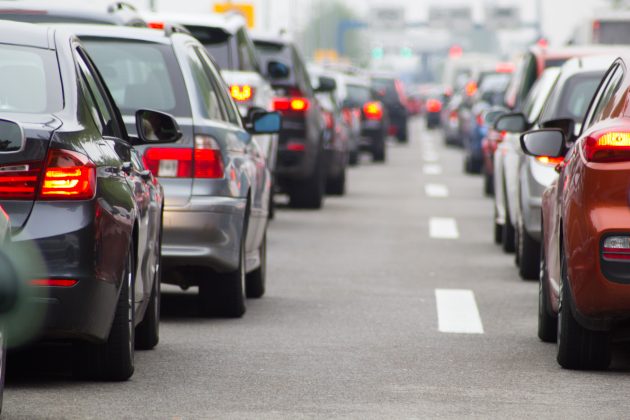 Telecommuting has the potential to reduce traffic congestion, but other factors, such as increasing the distance between home and work or adding new trips, can contribute to producing more congestion.

Studies conducted prior to the COVID-19 pandemic have shown that telecommuting can help reduce traffic congestion by decreasing the number of vehicles on roads at peak hours and the amount of time commuters spend on roads. For example, a 2004 study in Waterloo, Ont., showed that telecommuting could potentially reduce traffic congestion without affecting other household activities, such as errands, children’s activities or social outings.

Yet the potential impacts of telecommuting on travel and congestion are difficult to assess. This is because teleworking may also have some adverse effects, notably those associated with living further from the workplace.

As researchers in transportation and sustainability, we are interested in the impacts of telecommuting on travel. One of our recent studies showed that the likelihood of driving during rush-hour periods was slightly lower for telecommuters than it was for those who commuted to work.

The impact of telecommuting on reducing congestion is not very noticeable because some telecommuters reorganized their activities, which led to additional trips during peak periods. Also, telecommuting was not widely practised prior to the pandemic, making it difficult to see how it contributes to reducing traffic congestion.

Three times as many telecommuters

In Canada, the COVID-19 pandemic increased the percentage of employees that telecommute to 39.1 per cent in March 2020 from 13 per cent in 2019.

At the same time, decreases in traffic congestion have been observed around the world, according to TomTom, a navigation and route planning system that collects data from the 600 million drivers who use it. In all cities across Canada, there was a significant reduction in traffic congestion in the first week of March 2020 compared to the same period in 2019, and levels continued to fall throughout the year. The lowest point was reached in the second week of April in 2020.

While telecommuting has the potential to reduce car travel and decrease congestion during peak periods, it would be a mistake to draw conclusions based on its growth during the pandemic.

At the height of the pandemic, people were less inclined to travel by public transit because they worried about increasing their risk of infection. As a result many opted to travel by car instead.

The drop in ridership in Montréal, for example, has been so significant that the regional transport authority doesn’t expect passenger numbers to rebound until 2032. These forecasts place the transit agency in a difficult financial situation that will lead to service reductions and fare increases.

Other measures taken during the height of the pandemic — lockdowns, curfews, travel restrictions — also contributed to a reduction in the number of vehicles on the road. On the other hand, according to the “principle of triple convergence” (less traffic, new roads or larger roads), this decrease in traffic during the pandemic most likely persuaded some individuals to use or return to the roads. Those who used for public transit before the pandemic to avoid traffic congestion may have started using their vehicles again.

In addition, while telecommuting is likely to be more common in the future than it was before the pandemic — 55 per cent of employees say they’d prefer to continue working remotely — there is every reason to believe that it will also become less common than it is at the moment.

Telecommuting is likely to be used primarily as an occasional supplement to commuting. It is much less likely to become a complete substitute for commuting. According to Statistics Canada, 41 per cent of workers would prefer to work about half their hours at home.

Some prefer to return to the workplace full time, while others prefer to stay home full time. Splitting time between these two locations, however, is a popular option.

The adverse effects of telecommuting

The evaluation of telecommuting’s true impact in reducing car travel should only be done after the pandemic, as initially people’s behaviour was altered by fears of infection.

Telecommuting could improve certain aspects of transportation, but one must be vigilant about three potentially adverse effects.

First, putting an end to commuting could lead to an increase in motorists who previously avoided commuting during those times.

Second, a telecommuter might have fewer trips to the workplace but make other trips instead, making the overall balance of trips less than, equal to or even greater than that of a commuter. Also, the trips not taken by the telecommuter could free up a vehicle for use by other members of the household.

Third, by reducing or eliminating work-related travel through telecommuting, workers may be able to live further away from their workplace. They may choose their location based on other factors, such as a preference for nature, quality of life or a larger home, which could lead to “telesprawl.” Although such effects have been observed, the full extent of the phenomenon is not yet known.

While telecommuting may be an attractive tool for reducing traffic congestion, its potential benefits could be erased because of the behavioural changes it brings about in the medium and long term. The number of telecommuters, adjustment of work schedules, household relocations and a return to public transit will determine the extent of any reduction in travel and congestion.