Talent Canada: Reimagining the office in a post-COVID environment

Human resources leading the charge in a changing world of work 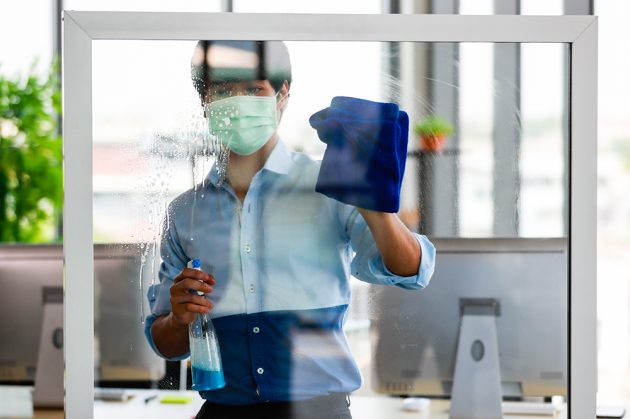 Young employee using antiseptic solution spray to clean and sterilize office tools and equipments to eliminate the risk of virus in workplace. Idea for disinfect to work place for safety of workers. (Bangkok Click Studio/Adobe Stock)

“Business as usual” has gone the way of the dinosaurs.

Since mid-March, the world of work has changed for all of us. For millions, it has vanished entirely, along with the businesses supporting them.

For those on the front lines, it became a cold war zone populated by an invisible enemy. For millions more, it became a “socially-distanced” memory as remote work became the new norm.

Unfortunately, while our social bubbles have expanded and greater numbers prepare to return to work and school alike, so too has a resurgence in COVID-19 case numbers, making questions around returning to the workplace paramount for business large and small.