Supreme Court case on carbon price is about climate change, not the Constitution

After a six-month delay, the Supreme Court of Canada is hearing arguments against the federal carbon pricing system 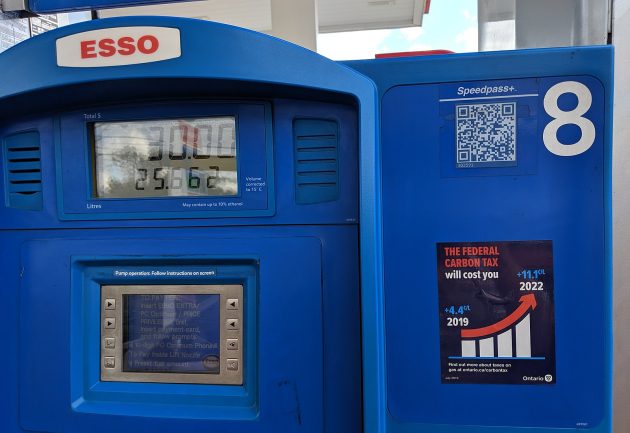 The Supreme Court of Canada begins hearing appeals in three cases on Sept. 22 to determine whether Ottawa’s national carbon price is constitutional. Appellate courts in Saskatchewan and Ontario had previously upheld the law, but the Alberta Court of Appeal had ruled that it was unconstitutional and intruded on provincial powers.

Contrary to what critics of the federal carbon-pricing legislation say, neither the provinces’ authority to act on climate change nor the balance of the Canadian federation is in jeopardy.

But what is at stake is Canada’s ability to contribute to global climate action under the 2015 Paris Agreement. The agreement aims to limit global warming to 1.5 C above the pre-industrial norm, a goal increasingly on the public’s mind as wildfire smoke blows across the country.

In 2018, Ottawa enacted the Greenhouse Gas Pollution Pricing Act to implement the Pan-Canadian Framework. The act operates as a backstop — a national safety net — with two parts. The first imposes a charge on a broad range of greenhouse gas emitting fuels. The second establishes an “output-based performance system” that requires industrial facilities to pay for the emissions that exceed an annual limit.

Crucially, the backstop only applies in provinces or territories that request it or that have failed to price emissions through a direct price or cap-and-trade system at the minimum benchmark level established by Ottawa. Additionally, the backstop is “revenue neutral,” meaning that any money collected by Ottawa is returned to the jurisdiction. Provinces and territories are otherwise free to regulate within their borders, allowing them to impose even stronger limits on emissions.

With this co-ordinated national approach in place, Canada appeared poised to meaningfully contribute to global climate action, with both levels of government acting co-operatively.

Soon after, however, Ontario and Alberta adopted what’s been dubbed the “Saskatchewan strategy” of challenging the act on jurisdictional grounds. Each province asked its respective Court of Appeal for an advisory opinion on whether Ottawa has the jurisdiction to regulate greenhouse gas emissions.

The thrust of these provinces’ constitutional challenges is that affirming Ottawa’s authority to regulate greenhouse gas emissions would intrude too deeply into provincial jurisdiction and jeopardize the balance of the Canadian federation.

But the “Saskatchewan strategy” of challenging Ottawa’s jurisdiction was as much about continuing a public policy dispute by other means. Climate policy, the provinces and their supporters argue, should be considered a local matter best left to local governments consistent with the constitutional principle of subsidiarity, the idea that public policy issues should be addressed at the most effective level of government closest to the citizens affected.

Neither argument is sound.

Canadian federalism is flexible and co-operative

Recognizing the federal government’s jurisdiction to regulate greenhouse gas emissions as a “national concern” won’t displace provincial climate regulations or alter the balance of federalism. The Supreme Court of Canada made this abundantly clear in R. vs. Crown Zellerbach Canada Ltd. more than 30 years ago.

Since the Crown Zellerbach case, the Supreme Court of Canada has further clarified that where both provincial and federal laws apply to a regulatory problem, those laws may operate alongside one another. This overlap helps protect against the creation of legal vacuums where neither level of government acts, which would defeat the very purpose of a federal-provincial division of powers; it also recognizes the increasing complexity of Canadian society.

Only in cases where federal and provincial laws genuinely conflict — where it’s impossible to follow both laws or where a provincial law frustrates the purpose of a federal law — is federal law paramount. And courts will construe such potential conflicts narrowly to safeguard provincial jurisdiction and facilitate federal-provincial cooperation.

This is how effective environmental regulation works in Canada. The City of Victoria, for instance, regulates sewage discharge into the ocean alongside federal law. Ottawa regulates toxic pollution federally under the Canadian Environmental Protection Act in conjunction with the provinces’ environmental pollution laws. Species at risk are protected in the same way: there’s a federal safety net to backstop provincial endangered species laws.

The principle of subsidiarity wisely advises that regulatory action should be taken by the level of government that’s most effective and closest to the citizens who are affected. Opponents of the Greenhouse Gas Pollution Pricing Act argue that this supports provincial authority over greenhouse gas emissions. But it equally supports the argument that the regulatory response must be global, because climate change affects everyone. In the absence of a global constitution, that means it requires a national response.

In the current Canadian context, there’s no evidence that the provinces alone can provide an effective level of climate governance. Rising emissions from the Alberta and Saskatchewan oilsands will hamper Canada’s efforts to achieve net-zero emissions by 2050. Ontario has withdrawn from the Québec-California carbon market, eliminated its renewable energy investment programs and implemented a less ambitious climate plan that’s estimated to increase carbon emissions by 30 million tonnes by 2030.

While the federal Greenhouse Gas Pollution Pricing Act isn’t sufficient to meet Canada’s initial — and notably unambitious — target under the Paris Agreement, to say nothing of Canada’s net-zero aspiration, this doesn’t strengthen the provinces’ argument for local regulatory authority. Instead, it further illustrates the urgent need for greater federal-provincial co-operation on climate action.

In 2018, the UN Intergovernmental Panel on Climate Change’s special report on 1.5 C of global warming sounded a clarion call for “rapid,” “far-reaching” and “unprecedented” transitions to achieve “deep emissions reductions in all sectors.” We can ill-afford jurisdictional wrangling and the politicization of constitutional principle. Every moment of delay makes these transitions more difficult and costly, and reduces the likelihood that we’ll avert the devastating harms of climate destablization.