But stories of humans as interconnected with the Earth are antithetical and threatening to those whose businesses and industries are reliant on the Earth as a collection of natural resources. 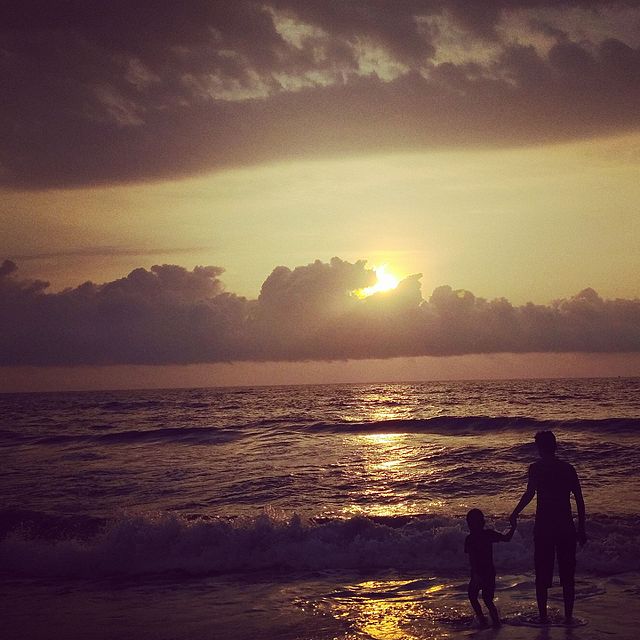 There is something unprecedented and important in the recent Sixth Assessment Report of the Intergovernmental Panel on Climate Change (IPCC): degrowth. Two of the IPCC’s working groups — those focused on climate change impacts and on mitigation — use the economic term to discuss policies that are key to reducing the impacts of climate change.

This is a profound inclusion. By pointing to degrowth, something Timothée Parrique, a social scientist and economist, refers to “as an opportunity to recentre our economies on what really matters,” the reports’ authors challenge the widely accepted story that endless economic growth — an increase in the quantity of goods and services — is essential to reducing poverty and improving the quality of life around the world.

Degrowth offers the world a new story, one that acknowledges the role economic growth has had in climate change and identifies alternatives.

Stories are foundational to how we understand who we are and the world in which we live, and we should think of economics as a story. As English professor and Indigenous writer Thomas King succinctly offers, “The truth about stories is that’s all we are.”

Not only do the IPCC reports offer hope for mitigating climate change, they also afford hope for how we understand and celebrate the Earth.

In an analysis of the IPCC’s Working Group II report, “Impacts, Adaptation and Vulnerability,” released in February 2022, Parrique notes the mention of degrowth 15 times. He also points to the report’s emphasis on other ways of living that are not based on economic growth, including buen vivir in South America, eco-swaraj in India and Ubuntu in South Africa. Each of these is an example of ways in which people are living more interconnectedly with each other and the Earth.

The IPCC Working Group III report, “Mitigation of Climate Change,” released in early April 2022, refers to degrowth five times and declares that “prosperity and the ‘Good Life’ are not immutably tied to economic growth.”

These reports highlight the urgent reality of climate change: It is a devastating, fossil fuel-driven, anthropogenic global phenomenon and an inequity multiplier — those with the least are affected the most gravely.

But the IPCC reports also highlight that if we are to address climate change, we must challenge the business-as-usual story of endless economic growth. Economic degrowth and examples of alternative communities welcome the possibility for a different kind of story — one about the finite Earth as something other than a collection of resources. A story that allows for a re-imagining of who we are and our relationship with the Earth.

A future of interconnection

There was a time — not so long ago — that all of our ancestors understood, and told stories about, the ways humans are interconnected with the Earth. They lived this interconnection. As Robin Wall Kimmerer points out in her book Braiding Sweetgrass: Indigenous Wisdom, Scientific Knowledge and the Teachings of Plants, “Each of us comes from people who were once Indigenous.”

But stories of humans as interconnected with the Earth are antithetical and threatening to those whose businesses and industries are reliant on the Earth as a collection of natural resources and a dumping ground for waste. From anti-Indigenous racism to the demonization of Rachel Carson upon the publication of her book Silent Spring, there is a long history of violent suppression of those who share and celebrate our interconnection with the Earth.

This suppression made the story of the Earth-as-resource — a necessary prelude to endless economic growth — appear more palatable, logical and inevitable. But it is a story with an illogical premise: that endless growth can happen on a finite planet. In Prosperity Without Growth: Economics for a Finite Planet, economist Tim Jackson writes, “those who hope that [economic] growth will lead to a materialistic Utopia are destined for disappointment. We simply don’t have the ecological capacity to fulfil this dream.”

He adds that with continued pursuit of economic growth, by the end of the century we will “face a hostile climate, depleted resources, the destruction of habitats, the decimation of species, food scarcities, mass migrations and almost inevitably war.”

But the IPCC’s unprecedented inclusion of degrowth in its recent reports offers a new way forward. Perhaps acknowledging ecological limits will lead us to the fulfilment of different kinds of dreams and the celebration of a return to stories about humans as interconnected with the Earth.

Some researchers, myself included, have interviewed people about their spiritual experiences in nature. These are experiences and stories that include wonder, awe, the sublime, mystery and connection with something larger than oneself, but are not attributed to a specific religion or faith. My findings echo those of psychology researchers Tristan Snell and Janette Simmonds who write, “natural environments, and features within these settings, can act as triggers of mystical [or spiritual] experiences.”

Such findings may help to explain a 2017 report from the Pew Research Center that found that people identifying as “spiritual but not religious” increased to 27 per cent from 19 per cent between 2012 and 2017. As sociologists Todd Ferguson and Jeffrey Tamburello propose, “When a person hikes in a forest to connect with the sacred, she or he may not feel the need to affiliate with a religious organization because her or his spiritual demands are met.”

Seeing the Earth as a collection of ingredients for consumption is antithetical to seeing the Earth as interconnected and spiritual. Many Indigenous Peoples, engaged scholars like Rachel Carson, environmentalists, eco-spiritualists, visitors to forests, lakes and mountains, among others, have been sharing their interconnected and spiritual stories — sometimes against great resistance. Now climate change and the IPCC are helping with such sharing by challenging economic growth-as-usual.

In The Age of Missing Information, Bill McKibben writes, “Most cultures, historically, have put something else — God or nature or some combination — at the centre. But we’ve put them at the periphery. A consumer society doesn’t need them to function, and it can’t tolerate the limits they might impose; there’s only need for people.”

From flooding to fires to species extinctions, the Earth is letting us know that there are limits. And climate change is reminding us, with great force, that we are interconnected with this finite earth. As naturalist John Muir wrote in My First Summer in the Sierra, published 1911, “When we try to pick out anything by itself, we find it hitched to everything else in the universe.”

Climate change is both a devastating reality and profound opportunity. We are the Earth and embracing that story provides desperately needed new paths to the future and spiritual opportunities for experiencing amazement.