Science shows that BPA and other endocrine disruptors are harmful to human health, which should incite tighter regulations

In humans and other animals, embryonic development and early life stages are the periods most susceptible to the effects of these contaminants. 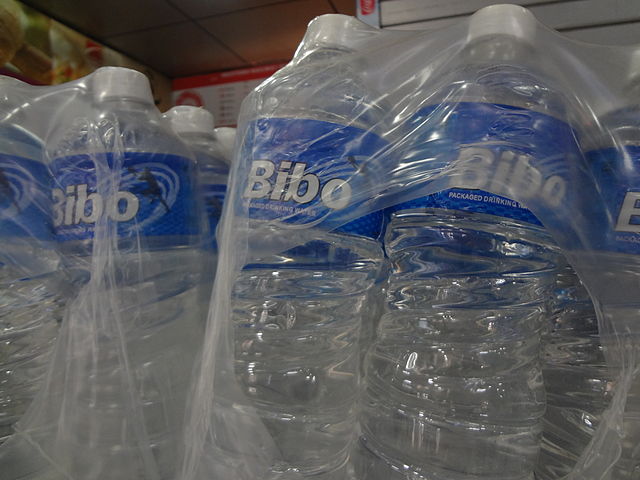 More than two decades after the publication of Our Stolen Future, what is the state of research on endocrine disruptors? Are those sneaky contaminants continue to interfere with our hormones?

In the book, scientists Theo Colborn and John Peterson Myers, along with journalist Dianne Dumanoski, shed light on the terrible effects that many environmental contaminants are having on the health of living things, as they interact with the hormonal system, also called the endocrine system.

These chemicals, called endocrine disruptors, can mimic or interfere with the body’s hormones, including thyroid hormones, estrogen, testosterone, etc. Endocrine disruptors can impair the development and proper functioning of the reproductive, nervous and immune systems in humans and animals, and can affect future generations.

One of us, Valérie, holds the Canada Research Chair in Ecotoxicogenomics and Endocrine Disruption. The other, Isabelle, studies the environmental causes of breast cancer. Together, we founded the Intersectorial Centre for Endocrine Disruptor Analysis (ICEDA) at the Institut national de la recherche scientifique.

Along with our colleagues, we recently published a collection of articles that review the scientific literature on endocrine disruptors and their deleterious impacts on health.

The origin of endocrine disruptors

Chris Metcalfe, professor emeritus in the environment school at Trent University, and his colleagues have identified several endocrine disruptors in the environment (water, soil, air, sediment), in food and consumer products. These include organochlorine pesticides, brominated flame retardants, per- and polyfluoroalkyl substances (used in non-stick coatings), alkylphenols (used in detergents), phthalates (used in cosmetics), bisphenol A and its analogues (used in plastics), organotins (used as anti-fouling agents) and others.

Bisphenol A (or BPA) is a good example of an endocrine disruptor. Since 1960, it has been incorporated into most of the plastics we use every day, from plastic bottles and food containers to cash register receipts and canned goods.

BPA has a structure that resembles natural estrogen. Because of this, it was considered for use as a medication to treat menopausal women in the 1930s, prior to its widespread use the production of plastics a few decades later.

In the body, BPA binds to estrogen receptors in cells and induces inappropriate and untimely responses, such as increasing cell proliferation, which could promote the development of tumours.

A literature review led by Vicki Marlatt, an environmental toxicology researcher at Simon Fraser University, reveals a damning and widespread finding: many of these environmental contaminants impair reproduction in fish, amphibians, birds, mammals and humans, reducing their chances of producing viable offspring.

In humans and other animals, embryonic development and early life stages are the periods most susceptible to the effects of these contaminants.

Géraldine Delbès, a professor of reproductive toxicology at INRS, and her colleagues have shown that exposure to endocrine disruptors during this window of susceptibility leads to changes in testicular and ovarian programming.

For example, a decrease in androgens (testosterone and dihydrotestosterone) and an increase in estrogens can lead to a developmental disorder of the testes in children called testicular dysgenesis syndrome, which has increased globally in the past 50 years.

Our research with Cathy Vaillancourt, who studies pregnancy and toxicology at INRS, has shown that endocrine disruptors can interfere with the hormones produced by the placenta, known for its robust defence barriers, which can lead to health complications later in life. Chronic diseases such as diabetes and obesity have been associated with exposure to endocrine disruptors crossing the placental barrier during fetal development.

We also have shown that early exposure to endocrine modulators can affect the development of fetal mammary glands, and increase the risk of developing breast cancer in adulthood. These include BPA, brominated flame retardants and diethylstilbestrol (DES). Research by Étienne Audet-Walsh, who studies endocrinology and nephrology at Laval University, and his colleagues has suggested that exposure to endocrine disruptors could be linked to the development prostate cancer.

Endocrine disruptors can also alter other hormonal pathways, including those of the thyroid gland, which are also involved in stress control, immunity and metabolism.

With Caren Helbing, a biochemist at the University of Victoria, we have developed an understanding of the impacts altered thyroid hormone levels can have on other hormonal systems. For example, when endocrine disruptors decrease levels of thyroid hormones, reproduction, stress and metabolism are also affected.

Chris Martyniuk, an animal physiologist at the University of Florida, and his team have identified new targets of endocrine modulators, such as glucocorticoids (corticosteroids). They cite two examples of studies in their work, including the link between high levels of BPA in urine and an increased risk of cardiovascular disease. Certain endocrine disruptors (arsenic, phthalates, organophosphate pesticides) can interfere with insulin and lead to obesity.

From one generation to the next

Endocrine disruptors may also have transgenerational effects. For example, when fish are exposed to water contaminated with antidepressants, the offspring of their offspring show an altered stress response, even if that generations was never exposed to these chemicals.

Bernard Robaire, a professor of reproduction, pharmacology and toxicology at McGill University, has attempted to explain how endocrine disruptors affect future generations. The data he and his team have compiled indicates that the effects of these chemicals are not the result of changes in the genetic code, but other cellular changes, including which genes are turned on or off, a mechanism called epigenetics.

The long-term extent of these consequences is not completely understood. Additional genetic and epigenetic research on the mechanisms underlying the action of endocrine disruptors will be needed, but we also need a better understanding the roles of social, metabolic and environmental stressors.

Globally, we believe that international collaboration and leadership are increasingly needed to advance the science of endocrine disruptors. We must move from the stage of research that characterizes the negative health effects of these chemicals to one that develops best practices for their regulation, which remains an important topic of discussion around the world.