Roll up the Rim: How COVID-19 has changed the contest — and maybe your odds of winning

Changes had already been planned for this year’s game, including a digital element, fewer prizes and a more complex game structure 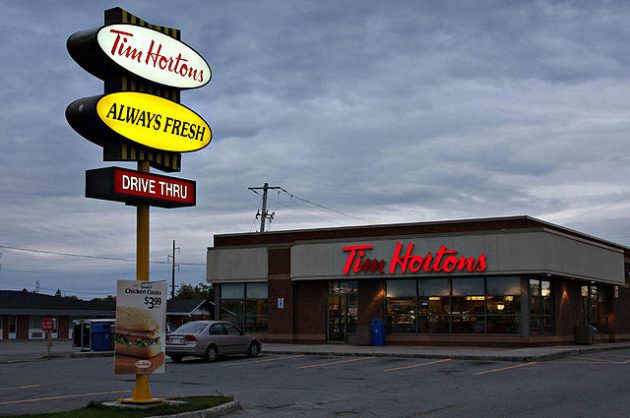 Roll up the Rim, Tim Hortons’ iconic seasonal sweepstakes, is back…sort of. Just days before the launch of this year’s contest, the coffee chain took the unprecedented decision to eliminate the use of its regular promotional paper cups because of concerns about COVID-19.

As a researcher of health statistics, I agree with the company’s statement that it’s not “the right time” for their staff to collect winning rolled-up rims “that have been in people’s mouths during this current public health environment.”

Changes had already been planned for this year’s game, including a digital element, fewer prizes and a more complex game structure. After removing the physical cups, Tim Hortons has scrambled to reconfigure the contest even further.

All these changes mean players this year face a probability puzzle, one that turns the traditional game into a casino-style slot machine.

So how can you be a high roller (or at least win a free coffee)? As a statistician, I think about these things.

A familiar contest to Canadians

For over three decades, Roll up the Rim followed a familiar format: buy a coffee in a promotional paper cup, roll up the cup’s rim and maybe (just maybe) win a prize.

With millions of free coffees and doughnuts available each year — along with a comparatively tiny pool of major prizes, including TVs, cars and cash — players became accustomed to the heavily advertised 1-in-6 chance of winning.

Before the COVID-19 outbreak, Tim Hortons planned to use physical cups for only the first half of the four-week contest — part of the company’s plan to cut down on waste. The company had previously stated that this year, paper cups would come with lower odds: just one out of every nine would be marked as a winner.

Tim Hortons has hastily replaced this element of the game with an at-the-register instant win component. Customers will, with those same 1-in-9 odds, be told at the point of sale if they’ve won a coffee coupon. But buyer beware: those odds are per-transaction, not per-beverage purchased on the same order. Available during the first two weeks of the contest (March 11-24), Tim Hortons estimates this will lead to some $1 million a day in complimentary hot beverages. That $14 million total approximately equals the value of all minor prizes (beverages and baked goods) originally assigned to the physical cup component of the promotion.

So what about the big ticket items? The TVs, cars and cash? For those, you’ll need to play another new element to the game.

All about the app

These digital rolls will appear to work just like the real thing: tap the screen to “reveal” whether you’ve won. But the reality is subtly — but significantly — different.

First, let’s look at the odds. We already know that for the first two weeks of the contest there is a 1-in-9 chance of getting your hot beverage purchase for free. Your odds have therefore gone down from the 1-in-6 of previous years, but digital rolls offer another chance to win.

Exactly what that chance works out to, however, is harder to compute.

The digital element of the contest has 8,620,056 instant win prizes, including all the major prizes originally intended for the physical cups. Depending on how players engage with the app, each purchase could generate zero, one or even three digital rolls. The company has stated the digital odds of winning a beverage or food prize “will be better than the 1-in-9 odds at restaurants.” Based on those odds and assuming all digital prizes are eventually awarded, this suggests Tim Hortons expects around 77 million — or fewer — digital rolls to be played.

But the company cannot know for certain how many coffees it will sell or how many players will use the app. In statistics we often make guesses, and when we do it’s essential we understand what might happen if our guesses are wrong.

Here, if sales are lower than expected — or fewer people use the app — there will be fewer digital rolls and better odds for those who do play. But we can use this 1-in-9 guess to estimate your chances of winning at the various stages of the contest.

For the first two weeks, every customer has a 1-in-9 chance of winning instantly at the register. Players with the app additionally receive a digital roll. If this also comes with 1-in-9 odds, then your chances of winning at least one prize are boosted to better than 1-in-5. The environmentally conscious get three digital rolls for bringing in their reusable cups. These four chances to win (three digital, one at the register) give odds of 1-in-2.7 of winning at least one prize.

If the company’s estimate for the digital game is accurate, then players with the app can expect to win more frequently than in previous years. But remember: your odds get worse the more other people play the digital game — and this dependency ties into another key difference with this new way to “roll.”

When we think about probability, we usually think about random events like the toss of a coin or the throw of a die. Many random events affected which particular cup you ended up with when playing the contest in previous years: maybe you left the house late, or there was traffic, or the guy in front of you ordered the same thing. Your chance of being given a winning cup was always 1-in-6.

The moment that cup was in your hands, however, your outcome became fixed. The words hidden under the rim — regardless of whether it was the delightful WIN/GAGNEZ UN CAFÉ/COFFEE or the dreaded PLEASE PLAY AGAIN/RÉESSAYEZ S.V.P. — would not change. From your perspective, your chances of winning were still, in a sense, 1 in 6. But in reality your chances of winning were 100 per cent or zero per cent. The action of rolling up the rim did not change that probability, it just revealed which of the two outcomes had occurred. (Schrödinger’s coffee, if you will.)

This year, digital rolls are the opposite. These can be played at any time after purchase, and their outcome is not pre-determined. Instead, under the new rules, each of the 8.6 million digital roll prizes are allocated a “winning timeframe”: a short interval of time at some point during the contest period. If you are the first player to play a digital roll during one of these timeframes, you win the associated prize.

Time of play now a factor

This means that, unlike the physical cups of previous years, the outcome of your digital roll is not determined until the moment you choose to play it. Slot machines follow a similar mechanic: hitting the jackpot doesn’t depend on when you last won or if the machine is “due” to pay out. It’s simply about whether you pull the lever at just the right microsecond.

But with Roll up the Rim, there is one possible way to shift the odds slightly in your favour. We already know that fewer players gives better chances for those that do participate — and it is tempting to speculate about the impact of COVID-19 on this aspect of the game. To do so, however, would be entirely inappropriate and I don’t want to give the impression that something as serious as the coronavirus outbreak should be considered a factor in something as frivolous as a sweepstakes.

Instead, I will make one entirely separate observation.

To win, you have to be the very first person to play a digital roll during a winning time frame. This means that you’re fractionally more likely to win if fewer people are rolling at the same time as you. The contest rules don’t state whether these time frames are distributed evenly throughout the day, but if they are — and you don’t mind being awake at 4 a.m. — then playing when most of Canada is asleep may be your best bet. After all, you’ll probably need the caffeine.