Autonomous robots hold great promise for the agricultural sector, but it's vital that the public gets a say in their creation. 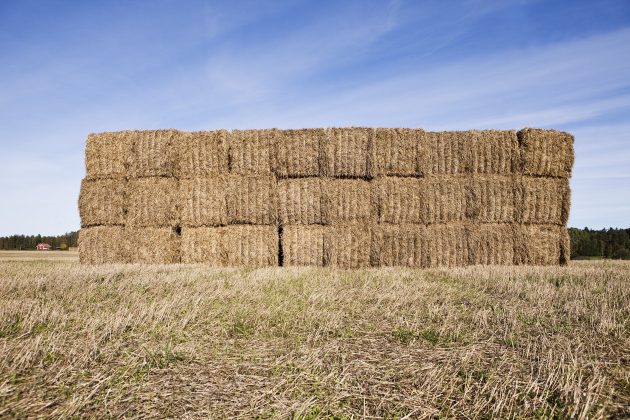 Bale of Haystack on a sunny day (Cleanfarms)

Farming robots that can move autonomously in an open field or greenhouse promise a cleaner, safer agricultural future. But there are also potential downsides, from the loss of much-needed jobs to the safety of those working alongside the robots.

To ensure that the use of autonomous robots on farms creates more benefits than losses, a process of responsible development is required. Society as a whole needs to be involved in setting the trajectories for future farming.

We are part of a project called Robot Highways, which is currently demonstrating multiple uses for autonomous robots made by Saga Robotics on a fruit farm in south-east England. Robots are now treating plant diseases in fields and glasshouses, and will be mapping terrain, picking, packing, and providing logistical support to workers over the course of the project. This is achieved by attaching different tools to an autonomous “base robot”.

In this way, autonomous farming robots have the potential to do some of the laborious agricultural work for which farmers in some countries often struggle to find employees at a cost that keeps food prices competitive. Our project has produced an estimate that robots may eventually help reduce the number of human farm workers needed by up to 40%.

At the same time, robots could help create new jobs. The UK’s National Farmers’ Union argues that increasing use of digital technologies in farms will attract younger, skilled people to a sector struggling with an ageing workforce.

There could also be environmental benefits. Swapping traditional, fossil fuel-powered farm machinery for electric robots charged from renewable sources will cut farming’s carbon emissions. Robots equipped with ultraviolet lights that can kill mildew on plants could reduce fungicide use by up to 90%.

Machines like those produced by the Small Robot Company can navigate in tight spaces between objects like trees, so could potentially be used in agroforestry systems to perform weeding, disease treatment and mapping. They could also help reduce chemical use on farms by targeting individual plants, rather than whole fields.

However, unrestricted use of autonomous farming robots could also create problems. In parts of the world where there is not an agricultural labour shortage, reducing the demand for human workers means people will need resources and opportunities to retrain in other sectors. They may just end up moving into dull, dangerous and underpaid jobs in other industries such as mining, which will be needed to produce the materials to make the robots.

Humans who are left on the farm – or walkers on footpaths – will face health and safety concerns from having to work alongside the robots. The possibility of someone hacking a farm robot and forcing it to do their bidding cannot be overlooked. And poorer farms that can’t afford robots at all are likely to be left at a disadvantage.

There are also concerns over the ownership of the data collected by robots operated by commercial companies – and whether that data will be used for the benefit of those companies, rather than the farmers.

To make sure farming robots are developed responsibly, we need to get those people who might be affected by the technology –- from manufacturers and regulators to rural communities -– thinking about all its possible implications.

This might include so-called “Wizard of Oz” studies, in which remote controlled robots are tested alongside human users in order to simulate what reactions and consequences fully autonomous robots might produce once the technology is ready. This would allow robot designers to save money and manage expectations by studying user experience at the early stages of development. Another option is hosting “robot movie nights” to help show the public how robots on the farm would behave.

Once countries allow autonomous robots to be used on farms, safety and data-ownership regulations will need to be swiftly updated. In Australia, a code of practice for such robots has been developed in the crop sector and similar work is underway in the UK. This will set out robots’ obligations, state the conditions in which robots can be used, and determine who is responsible for worker and public safety.

The stakes of getting things wrong are high. Injured workers, hacked or unreliable robots, or negative consumer perception could all stand in the way of the promises of autonomous robots being realised. To help avoid this, governments can start providing rural digital and internet infrastructure, training, and financial support so that farmers can hit the ground running if autonomous robots hit the market.

Will we see autonomous robots picking fruit across Britain by 2025 – or even sooner? That depends: not on the quality of our technology alone, but also on our ability to work together to listen, learn and respond to the needs of farmers and society alike.