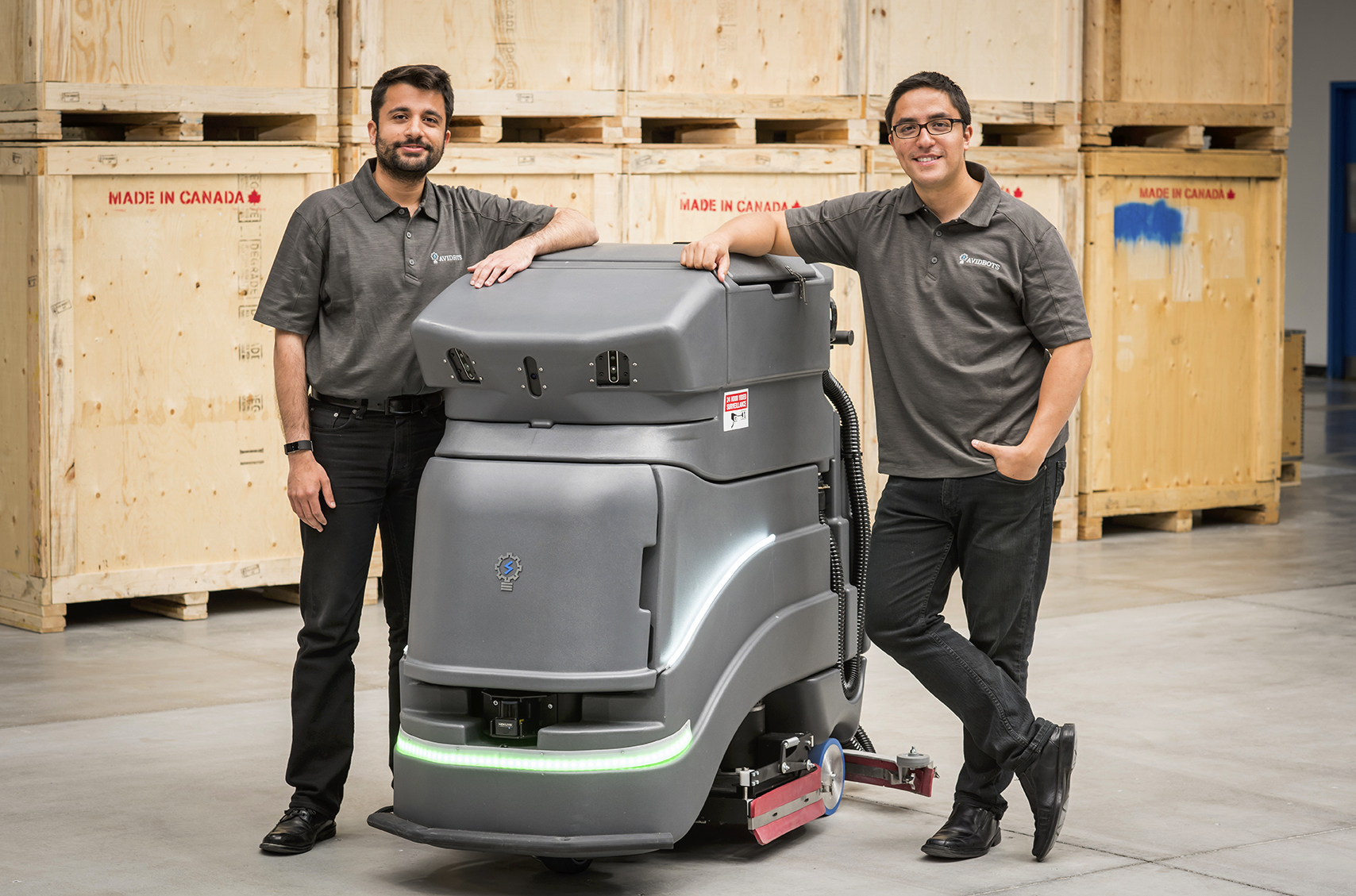 Neo has one job: clean floors in large spaces.

The work of the autonomous, connected floor-scrubbing robot is becoming part of routine maintenance at manufacturing sites and warehouses. For its part, Neo has already cleaned half-a-billion square feet of floor space since it was brought to market.

Not only does the traditional job of the janitor pushing a floor-scrubbing machine take hours, it also has high turnover, says Faizan Sheikh, co-founder and CEO of Avidbots, a manufacturer of commercial floor cleaning robots. “Floor scrubbers like Neo eliminate the need for workers to perform repetitive tasks and free them up to focus on higher-value tasks, such as cleaning bathrooms and common areas,” Sheikh says.

Moreover, the pace of technological change has created a rapidly expanding market, which makes a compelling case for plant managers to shift their views on the value of this mundane chore. The overall cleaning robot market is expected to grow to US$4.34 billion by 2023, at a CAGR of 16.21% between 2018 and 2023, according to B2B research firm MarketsandMarkets.

Avidbots, which operates from a 40,000-square-foot industrial manufacturing and R&D facility in Kitchener, Ont., announced earlier this year that the company had raised $23.6 million in Series B funding. “This is a stage of funding where the company has proven out the business model and the product,” says Sheikh.

Investors in this round of funding include True Ventures, GGV Capital, SOSV, Real Ventures, 500 Startups Canada, Next47, BDC Capital and KCPL. To date, Avidbots has raised $36 million in venture capital financing.

Getting help at the right time

Back in 2014 Avidbots was given a head start when Sheikh and his partner, Pablo Molina, were accepted into a prototyping program.

Sheikh and Molina, who both studied mechantronics engineering at the University of Waterloo, would spend six months in Schenzen, China, to co-develop the technology for their floor scrubber. The seed-funding program – HAX Accelerator – focused on hardware development, and would also provide mentoring, business development, fundraising and growth in exchange for equity.

The early-stage investment provided validation and stoked the partners’ ambition. “We had a vision of bringing robots to everyday life, and we knew that the space that we were first tackling – commercial cleaning – was a good point to start,” Sheikh says.

Initial prototypes were cleaning machines that were retrofitted to become robotic. But after several iterations, the partners had a philosophical realignment as they recognized they needed to build their equipment from the ground up.

“Our robots don’t have a coffee-cup holder, they don’t have a seat, or a steering wheel or a pedal,” says Sheikh.

After seeking out the best form factors, cleaning heads, water systems, wheels, batteries, among other features, Neo was born in 2016. Now in its ninth iteration, the cost of the robotic floor scrubber starts at $50K, and can be spotted hard at work in such conspicuous locations as Toronto’s Eaton Centre, Paris Charles de Gaulle Airport, and New York’s Rochester Institute of Technology.

How does it know where to go?

In essence, Neo is an autonomous, floor-scrubbing robot that weighs about 68 kg with batteries. The robot is about a metre long, 61 – 82 centimetres wide, and has the capacity to carry about 120 litres of water, with separate clean water and dirty water tanks for cleaning non-carpeted floors.

When the robot first arrives at a facility, an operator will walk the machine around the facility to map out a cleaning plan and set parameters on a touchscreen, such as start and end positions, no-go zones and slow-down zones.

The ability to map out and update changes are significant in cleaning robots, says Sheikh. “Commercial cleaning is time-sensitive, and your cleaning robot has to clean in an optimal way to get the job done on time, despite the changes that have happened. There’s a lot of intelligence that goes into that – and something that Avidbots has worked on.”

A floor scrubber’s success depends largely on power and connectivity. The quality of the hardware (sensors, motors, charging pod, vacuum pump, battery) and connectivity (Bluetooth, WiFi or Zigbee) contribute to its overall performance. Avidbots is responsible for both hardware and software components in its robots.

What raises the bar for Neo is the degree of autonomous operation, says Sheikh. Neo’s vertically integrated technology stack incorporates proprietary software and a unique hardware design, as well 3D sensors and cameras. The technology enables advanced functionality, such as avoiding obstacles and adapting to new floor layouts, and since it is WiFi and 4G enabled, it automatically receives software updates. After a cleaning, Neo generates a cleaning report verifying that the work has been completed according to spec.

This year’s round of funding will be used to help accelerate growth through talent acquisition, engineering and marketing, says Sheikh, noting that his company currently employs 140 staff.

But if funding provides the impetus to transition towards a scalable model, let it be known that Sheikh and Molina have been “global- and international-minded” from the get-go.

Hard-won success stems from persistence and believing there’s always a way, says Sheikh. “Our journey’s not over yet.”