Rattlesnakes on a plain: How cars, pollution and suburbia threaten these mysterious creatures

Rattlesnakes are threatened in B.C., and many populations are declining at alarming rates 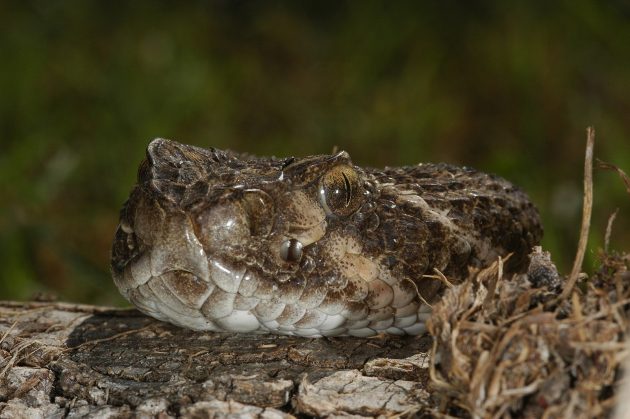 Just like the hordes of mountain bikers, hikers and trail runners that migrate from their comfortable couches to more open spaces in spring, western rattlesnakes are also on the move, emerging from deep winter dens to their summer foraging grounds.

For years, our research group at Thompson Rivers University has been investigating population trends and movements of the world’s most northerly populations of rattlesnakes, found in the Okanagan Valley of British Columbia. The western rattlesnake (Crotalus oreganus) is one of three species of rattlesnake found in Canada, and the only one in B.C., although they also live as far south as Baja California.

Snakes are particularly interesting in Canada because their active season — warm temperatures that allow them to go about their lives — is far shorter than it is for their relatives to the south. The harsh Canadian winters limit the places where a rattlesnake can hole up and wait out the snow. This historically lead to dozens of snakes of all different species using communal dens, but this phenomenon is becoming increasingly rare.

Rattlesnakes are threatened in B.C., and many populations are declining at alarming rates. Although the idea of being rid of snakes may be inviting to some, it will surely have cascading consequences for already threatened grassland ecosystems. For example, rattlesnakes are key players in grassland food chains, acting as mid-level predators that control rodent populations and serve as a food source for larger predators like the endangered North American badger.

What can you learn from following rattlesnakes?

Rattlesnakes often make substantial migrations from their winter dens to their summer habitat, sometimes several kilometres. The dens are often in secluded areas, yet snakes can encounter a number of dangers on their path.

Perhaps the biggest threat to snakes in Canada is roads, where even low traffic back-roads can have catastrophic impacts on otherwise healthy snake populations. Road mortality is a leading cause of the decline for snakes in B.C. One study found the population was being reduced by 6.6 per cent per year, which would lead to a 97 per cent decrease in the population in just 40 years.

Snakes are also threatened by pollution, human persecution and steady habitat degradation and fragmentation. When their habitat overlaps with human landscapes, such as vineyards, orchards, golf courses, campgrounds or hiking trails, they tend to be of poorer body condition than snakes that inhabit relatively natural environments.

Historically a large number of the rattlesnakes in B.C. were found in the Okanagan Valley, a region that is experiencing one of the fastest rates of urban and agricultural growth in Canada. Unfortunately, this means snake habitat isn’t about to improve. Still, the animals persist in select pockets of quality habitat.

Despite their iconic buzzing rattle, the warning display for which these animals are named, rattlesnakes are notoriously difficult to find. This is because the rattle that tips off unsuspecting hikers to the presence of a “danger noodle” is really the last-ditch effort to scare off intruders before the animals resort to biting.

Rattlesnakes rely heavily on their mottled camouflage to hide among rocks and bushes to avoid detection completely — and they are quite good at it. Their skill at hide-and-seek means it is incredibly difficult for scientists to estimate their population numbers — how can you count something you can’t see?

Because rattlesnakes are so difficult to count, there has only been one comprehensive study of a rattlesnake population in B.C., which dates back to 1985, when graduate J. Malcolm Macartney studied a population on a private cattle ranch.

In an effort to determine how rattlesnake populations have changed over the past 35 years, we have been scrambling up cliff faces in search of the same rattlesnake dens that Macartney surveyed decades ago.

These steep cliff faces, dotted with towering ponderosa pines, give way to lush grassland meadows fringed by azure lake waters. Although the location has not changed, the landscape certainly has. In 1986, just one year after Macartney wrapped up his rattlesnake population study, half of the area was fenced off and established as a provincial park dedicated to recreation.

This creates a unique natural experiment where half of the rattlesnake population has remained on an active cattle ranch closed to the public, and the other half within one of the busiest parks in the area seeing nearly 250,000 visitors per summer.

Keeping snakes for years to come

Although we may still be several months away from fully understanding the trends of this rattlesnake population, we have learned much about how these animals interact with the land, and those who share it with them.

Are rattlesnakes that dwell on landscapes largely devoid of humans more likely to be larger and more abundant than snakes in areas with high levels of human visitation? We are currently analyzing our data to answer this very question.

Although this work is very preliminary, it suggests that rattlesnakes are altering their behaviour according to the presence of humans in their foraging grounds. Perhaps they are learning that they don’t necessarily need to waste precious energy with exuberant warnings.

Understanding exactly why these animals are declining and shifting their behaviour is a much more complicated issue, but it brings to attention the delicate balance between conservation and recreation. If we hope to keep rattlesnakes around, we will have to adjust how we interact with the limited amount of habitat available to them.

So, if you plan to spend some time in B.C.’s beautiful grasslands, remember to stay snake awake!