As Canadian provinces hope to put the the fourth wave of the pandemic behind them, the strain of following pandemic control measures is still a reality. 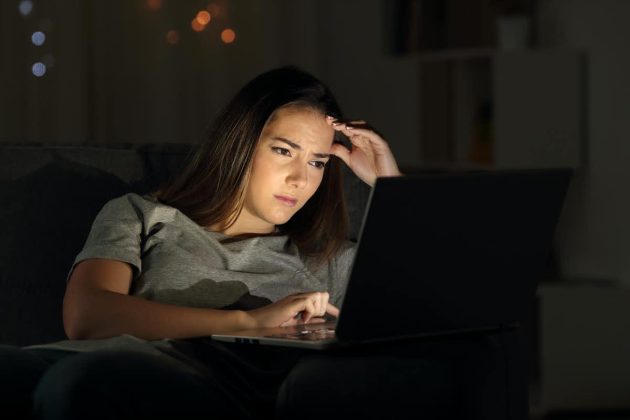 Sixty-five per cent of students said they lacked motivation for schoolwork. (Shutterstock)

Ever since schools closed in March 2020, COVID-19 brought a new reality into our lives. For adolescents, daily routines were transformed as schools closed, and students faced drastic changes in the way they learned.

As Canadian provinces hope to put the the fourth wave of the pandemic behind them, the strain of following pandemic control measures is still a reality.

Research has shown that at least three aspects of teenagers’ lives are important for the development of their identity: feeling assured they have parental support, feeling competent and being able to adopt a self-reflective attitude regarding the future. These aspects are developed through positive, secure and stable relationships at school or at home, which in turn are an important asset for resiliency.

We are three members of a team of researchers at the Centre of Research and Intervention for Student and School Success at Laval University who decided to create a survey to listen to Québec’s teenagers. The study examined adolescents’ perceptions of their adjustment, routines, state of mind and relationships with friends, teachers and families.

The goal of the study was to understand the personal experiences of teenagers following COVID-19 lockdowns in March 2020 and their return to class in fall 2020 until spring 2021. Students completed questionnaires between November 2020 and March 2021 and were asked to take into consideration their experiences back to March.

In Québec, in the period we studied, high schools remained open, but students were put into “bubble classes” so they would mix only with peers from their own class. Students in grades 10 and 11 (in Quebec, secondary 4 and 5) physically attended school every other day, except when a COVID-19 outbreak sent teens back home for 14 days of online teaching. This shows how unpredictable the physical location of learning was for adolescents.

The results highlight the tensions experienced by 1,057 adolescents from 37 schools in Québec as they redefined their relationships with family members, learning and school.

In 2017, 30 per cent of teenagers in Québec reported a high level of psychological distress while 17 per cent reported anxiety and six per cent, non-diagnosed depression. Problems with mental health can increase risk-taking behaviour related to suicidal ideation in vulnerable populations, which includes adolescents.

When asked how they felt in general during COVID-19, 59 per cent of adolescents said they were sad, and 82 per cent were bored. Nearly 57 per cent reported they were doing worse in school (that their school success had been “negatively impacted”) while 24 per cent said they didn’t understand the subject matter being taught. Fifty-two per cent physically attended school every day as they were supposed to, and 34 per cent attended only a few days per week.

When looking at the elements that seemed to affect their will to do their best at school, 42 per cent attributed it to the changes in their routines and 55 per cent missed school. Sixty-five per cent declared that they lacked motivation toward their school work.

Of those who were playing video games more than four hours a day, 52 per cent slept less than eight hours, compared to 36 per cent who played less than three hours per day.

One-third of the students had paid jobs at the time they completed the questionnaire. According to the Québec Health survey of high school students this represents an increase compared to the last window for which there were statistics available about provincial youth employment: Data captured in 2016-17 found that 22 per cent of secondary school teenagers (typically aged 12 to 18) had paid jobs from an employer.

In the weeks following lockdowns in March 2020, there was confusion when the Québec minister of education compared home confinement for students to a kind of “vacation,” before clarifying that the academic year wasn’t over. While we don’t know how much teenager employment may have changed between 2017 and the time immediately preceding the pandemic, it could be the case that a good number of adolescents decided to take on paid work during pandemic closures.

When asked if they were happy to meet their friends again at school in September 2020, 86 per cent of students responded positively.

Decreased motivation and the loss of reference points at school and with friends can affect the ability of adolescents to fully engage in learning and impact their general well-being. Our data show that it is important to better support adolescents who are facing new challenges.

We believe that it is important for educators and families to make room for more flexibility.

While some parents have been concerned about the increase in time spent online, the use of social media can be beneficial if it connects adolescents to their friends and community in a positive way.

Adolescents said their parents did not always understand their use of technology and the demands coming from school with remote learning.

Schools should provide online technical support for parents, not only teachers and students. Parents are not all equal when it comes to using technology. Also, many rural families or families coming from low socio-economic backgrounds do not have equal access to computers or the internet.

Such a situation widens the digital divide and opportunities to learn for some adolescents. Our findings suggest that some students’ access to technology when they were confined at home may have exacerbated their learning difficulties during COVID-19.

School closures may have increased the existing socio-economic achievement gap found in 15-year-olds across Canada and exacerbated persistent academic inequalities in education and their long-term consequences.

Research from Pathways to Education, a charitable organization dedicated to breaking the cycle of poverty through education, finds that many students from low socio-economic backgrounds will be struggling to catch up in school, and “challenges students face outside of school, such as family stressors from job losses and feelings of responsibility to help support their families, will compete with their priority to graduate.”

When we consider this, combined with what we heard from Québec teenagers, it’s clear that school systems and policy-makers in Québec must consider concentrated supports for students who may face increased risk of dropping out. We also hope that the results of this research will also help teenagers to better reach out to family, teachers and friends as they readjust to the uncertainties of the pandemic or when measures ease off.