Protests in Ottawa are a recurring disaster, affecting neighbourhoods and residents

The full impacts of the recurring disaster in Ottawa are just beginning to be understood. 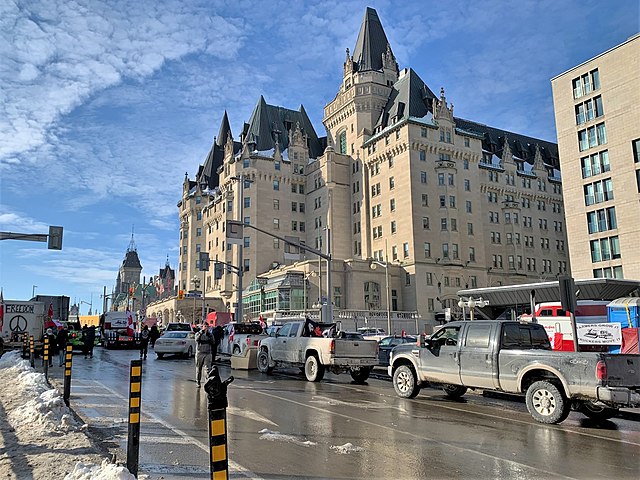 As Canada’s capital city approaches Canada Day, the July 1 national holiday marking the anniversary of Confederation in 1867, Ottawa is expecting tens of thousands to participate in the festivities. This year, however, Canada Day festivities are taking place in the context of potential trouble on the streets of Ottawa.

A self-proclaimed movement of fringe activists with a wide range of grievances is planning several events in Ottawa to coincide with Canada Day celebrations. There is a dark cloud of apprehension over the city, as it is still reeling from the impacts of the February occupation of Parliament Hill and surrounding downtown core.

In contrast to the debacle of the three-week occupation, preemptive actions like zero tolerance for violations of bylaws related to street and sidewalk behaviour and the establishment of motor vehicle exclusion zones are attempting to halt any type of unlawful occupation before it can begin.

The operative question is: Are preparedness efforts to avoid the disruption of the previous protests going to be effective this time?

How did we get here?

The emergence of this continual crisis for Ottawa began on Jan. 28, 2022, when a group of truckers belonging to the so-called “freedom convoy” arrived at the capital for a loud and boisterous weekend protest against COVID-19 mandates. Historically, weekend protests at Parliament Hill would wind down at the end of the weekend, and protesters would depart.

Authorities were unprepared when several heavy transport trucks did not leave. Instead, they remained in occupation of Parliament Hill, serving as support infrastructure for a dedicated group of agitators. The protesters held their position until they were removed by police on the weekend of Feb. 19.

For Parliament Hill and the surrounding downtown neighbourhoods, the blockades were very disruptive to the livelihood of residents in the area. The Ottawa police response cost upwards of $37 million. The unprecedented use of extraordinary government powers under the auspices of the federal government’s Emergencies Act enabled the police actions that ended the occupation.

Ten weeks later, on the weekend of April 30, the Rolling Thunder motorcycle rally again gathered people protesting COVID-19 public health mandates, among a wide range of other anti-government grievances. Enhanced police preparedness contributed to the protesters leaving the city after the weekend rally.

Again, the arrival of protesters emboldened by the February occupation, along with restrictions on movement imposed by authorities, disrupted everyday life in the downtown core. Police costs incurred were estimated at $2.5 million to $3 million.

Beginning in May, small groups of dedicated protesters “held the line” by maintaining a small but symbolic presence on the sidewalks of Wellington St., directly in front of Parliament Hill.

As Canada Day approaches, Ottawa is once again tense as protesters against COVID-19 public-health protections, along with others generally opposed to the Trudeau Liberal government, have declared the intention to return to Ottawa in the spirit of the so-called “freedom convoy” occupation.

The term recurring or recurrent disaster is often used to describe natural hazards like floods or hurricanes. In this case, the protests and occupations can be considered a recurring social hazard. It remains enticing to those with COVID-19 anti-mandate sentiments, or supporters of allied causes, to return to Ottawa to effectively blockade and disrupt the capital again.

The anticipated Canada Day protests represent a recurring disaster for those who live and work in proximity to Parliament Hill. The Ottawa Police Service’s inability to handle the occupation, combined with the lack of action to remove occupiers, emboldened agitators.

The full impacts of the recurring disaster in Ottawa are just beginning to be understood. In addition to national-level inquiries into the blockades and the use of the Emergencies Act, local residents are conducting their own fact-finding, and documenting their lived experiences.

Extensive preparations for preventing trouble on the streets of Ottawa during the Canada Day festivities will hopefully prevent a repeat of the February occupation. However, the ingredients are in place for a summer of discontent, and the recurring disaster of protest-related disruptions could potentially impact Ottawa over and over again.