Ford’s emergency order is intended to enhance police powers in relation to the material systems of global capitalism. 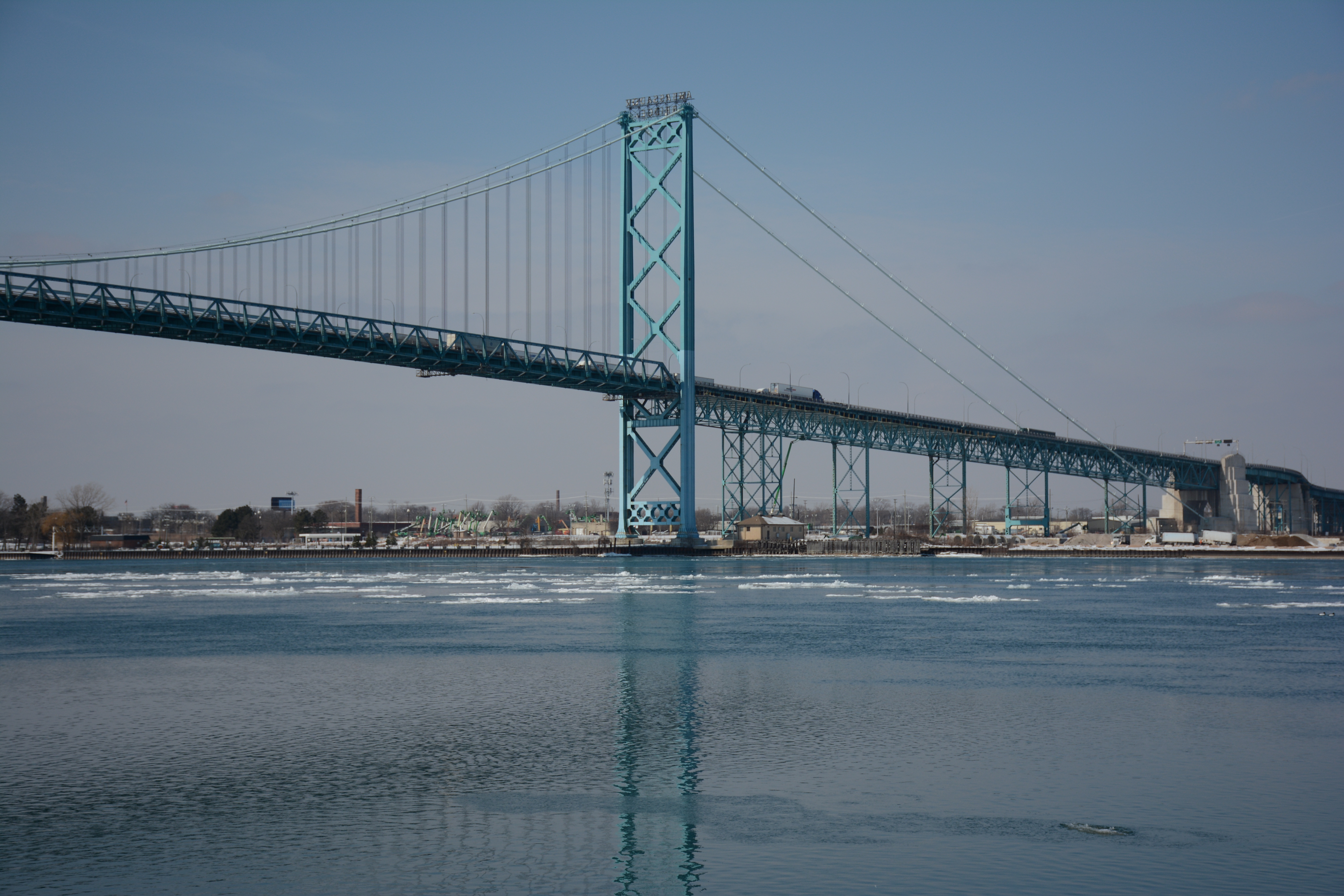 Ambassador Bridge connecting Windsor, ON to Detroit, Mich. on Feb. 15, 2022, the Monday following the weekend of the trucker blockade which disrupted manufacturing jobs and trade between the U.S.A and Canada. Madalene Arias.

Invocation of emergency measures may succeed in breaking the “freedom convoy” siege of Ottawa and restoring the flow of people and goods across the Canada-United States border (estimated to be $300 million a day at the Ambassador Bridge alone).

But we should be concerned that powers instituted in the midst of crises could become permanent fixtures. A plausible outcome of the current crisis is enhanced police powers to stifle legitimate public dissent in the future.

Despite the gravity of Emergencies Act being invoked temporarily at the federal level for the first time, this outcome is most pernicuous at the provincial level.

Ford said he had “every intention” to make the temporary emergency measures pertaining to critical infrastructure “permanent in law” as soon as possible.

For much of the Cold War, the federal government operated a civil defence program known as the vital points program, which is a rough precursor to what we recognize today as critical infrastructure.

What I’ve learned from researching 50 years of these efforts is that what’s deemed “vital,” “essential” and “critical” to a country is shaped by expectations of the threats and sources of vulnerability that prevail in a given period.

Each of these lists are glimpses at what was deemed to be important in relation to political calculations on threats, vulnerabilities and collective priorities of the time.

Today there are multiple sources of danger to society: climate change, pandemics and extremist-driven social unrest directed at democratic institutions. Yet the focus on distinct risks to society is almost exclusively economic in nature, particularly the national competitiveness of our largest industries.

In other words, in an era of neoliberal economic expansion in which global competitiveness is paramount, what gets counted as “critical” infrastructure is what links local and regional economic activity to global economic flows.

While this may seem as obvious and invisible as water is to a fish, the benefit of a historical perspective is in revealing how contingent, fragile and above all recent this particular understanding of critical infrastructure is.

And made invisible in these calculations are the more endemic sources of harm that afflict our most vulnerable and politically powerless populations, such as the lack of safe drinking water for Indigenous and northern communities in Ontario. This and other infrastructure deficits that can be life-or-death for some communities literally do not get accounted for in what is considered “critical” today.

Ford’s emergency order is intended to enhance police powers in relation to the material systems of global capitalism.

Just look at the Toronto G20 protests for a cautionary tale of how these powers can be misused. The province drew upon the Public Works Protection Act of 1939, which enhanced police powers to secure “any railway, canal, highway, bridge, power works, or any other public works.”

While the public works designation applied to the Metropolitan Toronto Convention Centre and surrounding security fence, deliberate obfuscation over the limits of the designation led police to arrest people across the downtown core, which contributed to the largest mass arrests in Canadian history.

And even if comparable powers are used with restraint today, the sheer density of locales that could be construed as “critical” to some form of important economic activity could make cities like Toronto, Vancouver or Montréal effectively no-go zones for displays of public dissent.

Protests, if allowed to occur at all, will have fewer and less strategic places to be visible at all.

Legislation in other provinces, such as Alberta’s Critical Infrastructure Defence Act, may provide a model for what Ford envisions for Ontario. Or we may see the cobbling together of existing laws to regulate public dissent in the vicinity of critical infrastructure.

Who loses most? Racialized and marginalized populations whose protest movements who are already subject to ongoing forms of monitoring, infiltration, violence and pre-emptive police action that were conspicuously missing from the convoy now occupying Ottawa.

For them, protesting the conditions of white settler liberalism may be further constrained by enhanced powers to secure critical infrastructure once the immediate crisis has passed.