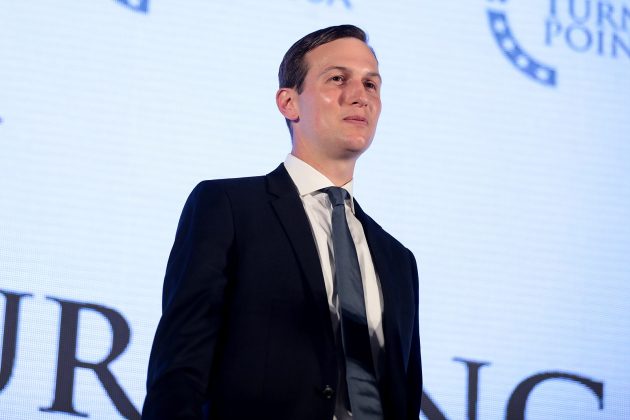 He knew. He lied. People died.

This is the general argument for a potential criminal prosecution of U.S. President Donald Trump in light of journalist Bob Woodward’s recent revelations in his new book Rage about the president and COVID-19.

“This is deadly stuff,” Trump noted in a February interview with Woodward. “You just breathe the air and that’s how it’s passed.”

Unable to stop talking, the president blathered on about his intention to “play down” the threat so as not to scare people — that is, the stock market.

Could these conversations become Exhibit A in a formal prosecution of Trump? Does his handling of the pandemic constitute criminal negligence rather than garden-variety incompetence?

Federal and state laws in the United States define criminal negligence as a gross or reckless disregard for human life, resulting in serious injury or death. The prosecution must show that the defendant wasn’t just careless or mistaken, but that he acted in ways that no reasonable person ever would, with clear and deadly consequences for others.

A classic example — and, in the U.S., an all too common one — is that of a parent leaving a loaded gun within easy reach of a child.

This spring and summer, Trump’s repeated statements about the coronavirus were in direct conflict with information that he knew to be true. His manifest disdain for safety measures certainly put people in danger; indeed, his recent rally in Nevada violated that state’s pandemic guidelines.

And yet the fact that he’s president also gives Trump some get-out-of-jail-free cards.

Criminal prosecutions generally require clear, one-to-one relationships between perpetrator and victim. Prosecutors would need to show that Trump himself caused the deaths of specific other persons. It’s much harder to establish guilt for collective suffering, especially with all the variables of COVID-19 infections.

In his capacity as chief executive, Trump also receives a daily briefing about a huge range of national security threats. Whether he listens is unclear, but he could plausibly claim that being president involves a unique range of responsibilities and decisions — that he’s less akin to a negligent parent leaving a pistol next to his kid’s tricycle than to a fireman who confronts many fires at once.

He could also point to his early ban on travel from China as evidence that he acted on his information.

Finally, government officials in general, and the president in particular, are often immune from prosecution for their actions in office. That principle isn’t as bad as it sounds.

After all, constitutional government depends on peaceful transitions of power, which in turn require that former office-holders live without fear of state sanction. Imagine a precedent that could enable a Republican administration, through the Attorney General’s office, to pursue Barack Obama for the deaths of U.S. personnel in Benghazi in 2012.

In short, Trump’s actions here were morally repellent, but they would be very hard to prosecute as criminal. In legal terms, he should be more worried about the more than two dozen women who have accused him of sexual assault, not to mention further accusations of sexual misconduct, in ways he boasted about in 2005.

But the law offers another path to justice when it comes to the Trump administration’s handling of the COVID-19 pandemic.

On April 2, 2020, shortly after Trump’s conversations with Woodward, the president’s son-in-law, Jared Kushner, announced that he would be helping Vice-President Mike Pence’s coronavirus task force with supply issues. Kushner also pledged to “think outside the box.”

He did deliver a cache of N-95 masks to New York City. Yet Kushner’s outside-the-box thinking also brought a sudden shift in pandemic responsibilities from the national government to the various states. The task force also seems to have nixed its own plan for nationwide testing.

These decisions were objectively disastrous. Unable to draw on federal resources, states competed with one another for equipment. Testing lagged for crucial weeks, resulting in more infections and dead Americans.

At the time of these events, Kushner and some other members of the task force —among them a Morgan Stanley executive and a Silicon Valley billionaire — were not elected officials. They were private citizens who, despite having no public health expertise, had assumed a specific responsibility to protect American citizens from the pandemic. They failed to do so.

According to a health official who worked closely with Kushner’s team, this failure was deliberate: “The political folks believed that because [the pandemic] was going to be relegated to Democratic states, that they could blame those governors, and that will be an effective political strategy.”

We may never know for sure. But we don’t have to.

The relatives of people who died due to the wrongful or neglectful behaviour of other parties can bring a civil suit, seeking monetary damages rather than prison time.

In these “wrongful death suits,” the plaintiffs don’t have to prove evil intent and deadly action beyond a reasonable doubt. They have to show a “preponderance of evidence” in support of the claim that another party is responsible for their loved ones’ death.

So the relatives of dead COVID-19 patients from those Democratic states could allege that Kushner’s team mishandled their specific responsibility. They could argue that the task force behaved in a negligent, careless or even malicious manner — that they were derelict in the performance of their duties — and that this resulted in the loss of a mother, a son, a sister, a father.

Monetary damages alone cannot set the world to rights. But by reminding us that many COVID-19 deaths in the United States were wrongful as well as tragic, they might also remind the American people that, against all the evidence from the past four years, justice can still be served.


Related Stories
Trump has signed off on Kushner’s immigration plan
Prosecutors told to prosecute only the most serious drug possession offences
Trump said of virus, ‘I wanted to always play it down’: Woodward book
U.S. President Donald Trump signs notice to withdraw from TPP