TORONTO — The idea behind Sorry I’ve Got Plants, a Toronto-based vegan meal kit business, came to be while its founder, Conor Harold was getting a tattoo. At that same time, a light went off for Harold after watching John Oliver reveal truths about the poultry industry. Cue Harold’s veganism and his 2017 food blog, which would later become an online service and general store.

“I decided to start from scratch,” Harold said in a recent interview with Canadian Manufacturing.

The business took off in 2018, when Harold launched Sorry I’ve Got Plants as an online delivery platform for subscription-free meal kits using locally sourced ingredients, low waste packaging, and new plant-based options every week at $10 a portion. In 2019, Sorry I’ve Got Plants opened its first general store in Roncesvalles. 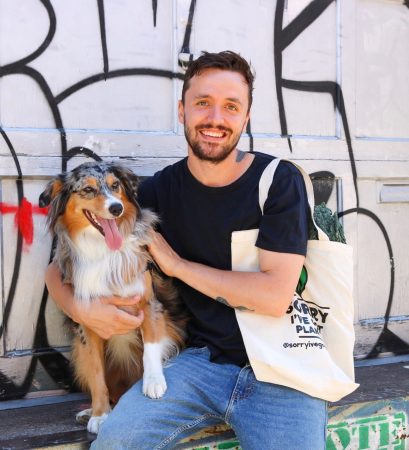 While a vegan company, Harold says that Sorry I’ve Got Plants does not dogmatically promote plant-based eating to its customers.

“We’re for people who want to have [veganism] as an option,” Harold elucidates. “Veganism is about understanding the individual and then creating a system that gives them value while maintaining a profit and improving their lives.”

Something that Harold feels strongly about is educating the public about shifting business models towards combating climate change, rather than merely aiming to be carbon neutral.

While a number of corporations have announced their commitment to offset 100% of its carbon emissions, Harold argues that promises such as these are counterproductive.

“When you start to break it down, you realize that it’s more of a license to pollute,” Harold explains. “It removes the guilt from the entire situation, where there’s no evidence that these impacts are in any way equal.

“The amount of trees that Amazon could plant that would balance out all the emissions they do worldwide, it would be difficult to kind of make that correlation between the two,” Harold says.

According to Harold, what makes Sorry I’ve Got Plants stand out in terms of promoting sustainability is the company’s approach to their terminology.

“You encourage [consumers] to improve their actions marginally by saying ‘waste conscious’.”

Harold goes on to explain that when Sorry I’ve Got Plants delivers their meal kits, the sauces and ingredients are delivered in reusable plastic containers. When the customers are done with their meal, containers can be left in their cooler bags and returned to the company during their next delivery. The company will wash and reuse the containers and cooler bags, eliminating single-use packaging.

“We eliminate recycling as an option because if you look at the fact of where recycling is, and if you even look at it, intuitively, you can see the system isn’t working very well,” Harold says.

Noting that the bigger corporations do not have the infrastructure to make these kinds of changes, Harold stresses that change must come from competitive brands on a smaller scale at the local level.

“It’s about giving added value to customers through being a company that does do good, even if it costs a little bit more — that to me is worth that extra dollar,” Harold concludes.

“We’re trying to do business in a different way.”