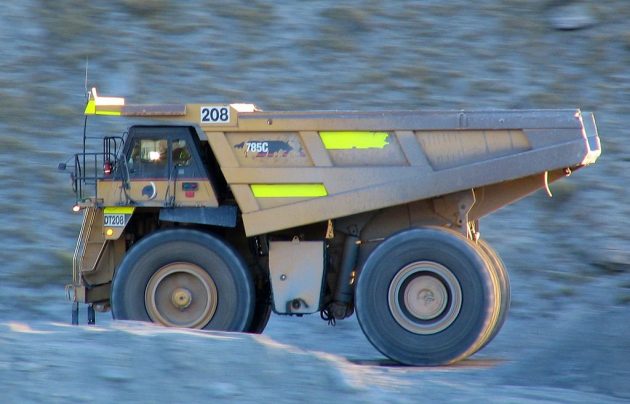 In the Madre de Dios region of Peru, a human-made wasteland brushes up against the border of the Amazonian rainforest. Over the past decade, small-scale illegal gold miners have transformed the landscape from tree-covered marshlands to a desert pockmarked with polluted ponds, leaking mercury into the local food web.

Multiple government crackdowns have tried to stamp out these artisanal gold mining activities to protect the national forests, but illegal operations are often able to shift location without attracting attention, creating a moving — and hard to find — target. However, artificial intelligence offers new hope.

NASA is backing the use of machine learning-enhanced satellite technology to capture the subtle movements of illegal gold mining in climate-sensitive areas of the world. While still in early stages, this novel innovation aims to help preserve the Amazon and the health of local communities in Peru, Latin America’s largest gold producer.

Miners in the Madre de Dios region use the same basic tools as miners did in the 1850s gold rushes in North America: a high pressure hose to blast off layers of rock and a handmade sluice lined with towels to collect the runoff. Heavy metals get caught in the towel fibres, and mercury is used to collect the gold.

“You can basically learn how to be a miner in a half an hour,” says Luis Fernandez, executive director of Wake Forest University’s Center for Amazonian Scientific Innovation who has studied gold mining in the Madre de Dios region for decades. A novice miner could uncover 10-15 grams of gold a day, worth a few hundred dollars on the global market.

But this type of gold mining is environmentally disastrous, choking rivers and deforesting the land. The mercury used in gold mining can also poison local water systems, contaminating the wildlife and people downstream. Mercury is a neurotoxin that poisons the nervous system. Gold miners have some of the highest documented mercury exposures ever recorded.

Much of the mercury used in gold mining also ends up in the atmosphere and eventually contaminates global seafood stocks. Tuna in oceans around the world accumulate mercury that came from gold mining operations, such as those in Madre de Dios.

The Peruvian government has tried to prevent illegal gold mining in Madre de Dios for over a decade through military interventions. The most recent and largest effort in 2019, called Operation Mercurio, aimed to remove La Pampas, the largest illegal mining town in the region. The Peruvian military bombed illegal mining equipment, patrolled protected zones and arrested illegal gold miners.

But many of these efforts have proved ineffective in the face of rising gold prices. “They call it the balloon effect,” says Fernandez. “You squeeze a balloon in one part, and it pops out the other.”

Illegal miners simply migrate to other sites to avoid the government’s presence. With no way to track them, the government has had little hope of addressing the problem — until now.

While past satellite images couldn’t capture subtle signs of mining, environmental scientist David Lutz, from Dartmouth University, is integrating NASA’s database with commercial images from the past five years to improve their resolution. Then his team uses new computer vision algorithms to identify mining activity.

“This methodology allows us to add human-use objects into the equation, offering a level of detail that was previously invisible to us,” says Lutz. Researchers can now pick up small shifts in the colour and reflectance of mining ponds, location of mining equipment and size of rock piles to reveal illegal mining activity.

Under pandemic conditions, Fernandez expects illegal gold mining is on the rise. “The combination of really high [gold] prices, increasing poverty and reduced governance to me equals more illegal gold mining.” This resurgence demonstrates the major critique of the government crackdowns: they don’t last.

Madre de Dios is one of the poorest regions in Peru. Illegal gold mining provides a temporary income for day labourers, but ultimately, “it’s a poverty trap for people at the low end of the enterprise,” says Fernandez. As a career, there is no skill development, no long-term benefits and horrible health consequences. Military interventions do nothing to change these dynamics unless they are paired with alternative livelihood options.

While the analysis is still in progress, Lutz hopes these machine learning-enhanced images will help clarify whether past interventions were useful and help direct future policy that will truly protect both the Amazon and local communities.