Ice loss can also lead to year-round impacts on lake ecology. For example, an earlier ice break-up in the spring leads to a longer open-water season and warmer summer water temperatures. 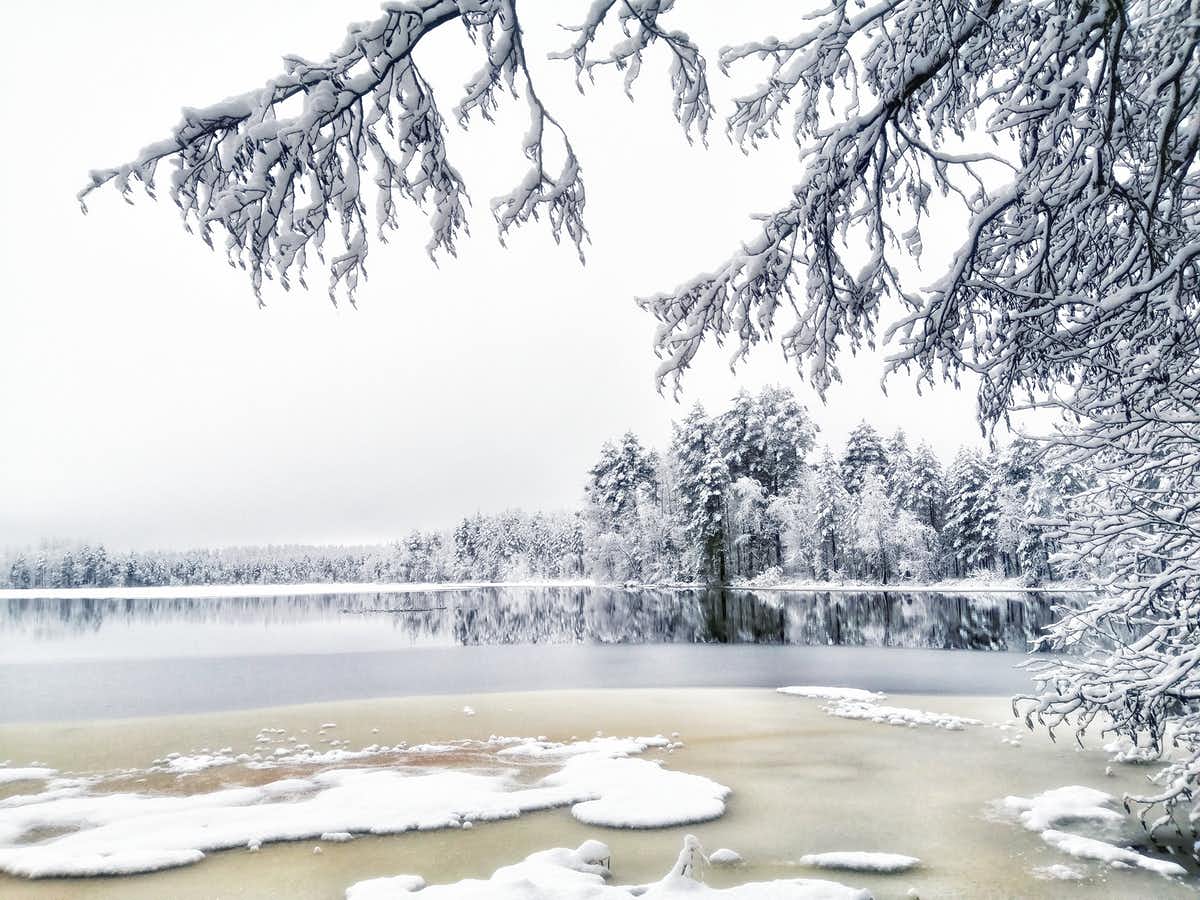 Reducing greenhouse gases and slowing down climate change is the only way to save lake ice cover, and protect the local ecology and culture that depends on it. (Johanna Korhonen), Author provided

Every winter when Lake Suwa in Japan freezes, locals believe that the Shinto male god Takeminakata crosses the frozen lake with his dragon to visit the female god Yasakatome. He leaves only his footsteps on the ice in the form of a sinusoidal ice ridge called the omiwatari.

In 1397, Shinto priests began celebrating and recording the appearance of the omiwatari. They used the direction of the cracks left by the omiwatari to forecast the agricultural harvest for the upcoming summer. In the first 250 years of the ice record, Lake Suwa froze every year, except for three years during which time the region saw widespread famine. Since the turn of the millennium, however, the lake has only frozen seven times.

Lake Suwa is one of many lakes in the Northern Hemisphere that is rapidly losing its ice cover. In our research, we found that ice is forming later and melting earlier across these lakes, leaving a shorter period of seasonal ice cover. In recent decades, many lakes are experiencing the shortest seasons of ice cover ever recorded.

If the ice cover in northern lakes continues to decline at the same pace, it will have severe ecological and cultural consequences.

Ice duration was more than two weeks shorter per century, on average, since the Industrial Revolution, with lakes losing up to 34 per cent of their total ice cover. In the past 25 years, the loss of ice escalated with lakes losing ice six times faster than any other period in the past 100 years.

Around 15,000 lakes, including Lake Suwa and the North American Great Lakes — Lake Michigan and Lake Superior — are beginning to remain ice-free in some winters. Lakes situated at lower latitudes and in some coastal regions, where winter air temperatures hover around 0 C (the freshwater freezing point) in addition to large, deep lakes in colder regions, are most sensitive to experiencing ice-free winters.

Large, deep lakes, such as the North American Great Lakes, require sustained cold temperatures to sufficiently cool their waters to allow ice to form, as deeper lakes take longer to cool in autumn due to their immense thermal mass.

Larger lakes with a longer fetch — the area over which the wind blows — also tend to freeze later because they are more sensitive to increased wind action breaking up the initial skim of ice on the lake surface.

Why does ice loss matter?

Lake Superior is one of the fastest warming lakes in the world. Since 1867, it has lost over two months of ice cover. By removing the “lid” of ice, evaporation rates can increase in Lake Superior, as well many other lakes across the Northern Hemisphere, further affecting water availability. As lakes transition to becoming ice-free and the physical barrier between the lake surface and the atmosphere is removed, the potential for evaporation to occur year-round increases.

Ice loss can also lead to year-round impacts on lake ecology. For example, an earlier ice break-up in the spring leads to a longer open-water season and warmer summer water temperatures.

Less ice cover, warmer temperatures, and increased storm events deliver more nutrients to the lakes, leading to widespread summer blue-green algal blooms, also known as cyanobacterial blooms, which were once thought to be implausible in the cold, deep and pristine waters of Lake Superior.

In some lakes, algal blooms are becoming particularly thick, decreasing the amount of sunlight that reaches deeper waters. With less sunlight, photosynthesis is reduced, ultimately leading to a decrease in the concentration of dissolved oxygen available to support aquatic life.

Some fish communities rely on long winters. For example, following short winters, Lake Erie yellow perch produced smaller eggs and weaker young fish that were less likely to survive to adulthood. Fish life stages most sensitive to temperature changes in the earlier part of the open-water season include embryos and spawning adults. Furthermore, an earlier start to summer (i.e., due to earlier ice loss) can cause mismatches in the timing of critical activities, such as spawning and foraging, often with widespread ramifications across the food web.

A future without lake ice

As temperatures continue to warm globally due to anthropogenic climate change, 215,000 lakes may no longer freeze every winter and almost 5,700 lakes may permanently lose ice cover by the end of the century. Large and deep lakes, including Lakes Michigan and Superior, are most likely to permanently lose ice cover as early as the 2060s if global air temperatures continue to rise.

For northern communities, ice cover provides a way of life in the winter. Countless Canadian kids have learned how to skate and play hockey at nearby lakes, local ponds, and backyard ice rinks, just as hockey legend, Wayne Gretzky, did in Brantford, Ont. Warmer winters are contributing to shorter outdoor ice hockey and skating seasons.

The increasingly unpredictable and unstable ice cover is a safety hazard and is contributing to increased fatal winter drownings through ice in northern countries, with northern Indigenous communities at most risk.

Finally, for the Shintos living in Suwa, protecting ice cover is essential to preserving the spiritual traditions maintained by generations of Shinto priests. At current rates of greenhouse gas emissions, climate projections predict that the lake will rarely freeze in the very near future, and following 2040 will never freeze again.

However, slowing climate change and limiting temperature increases below 1.5 C will allow Takeminakata to periodically cross the frozen lake to visit Yasakatome as he has done for centuries.