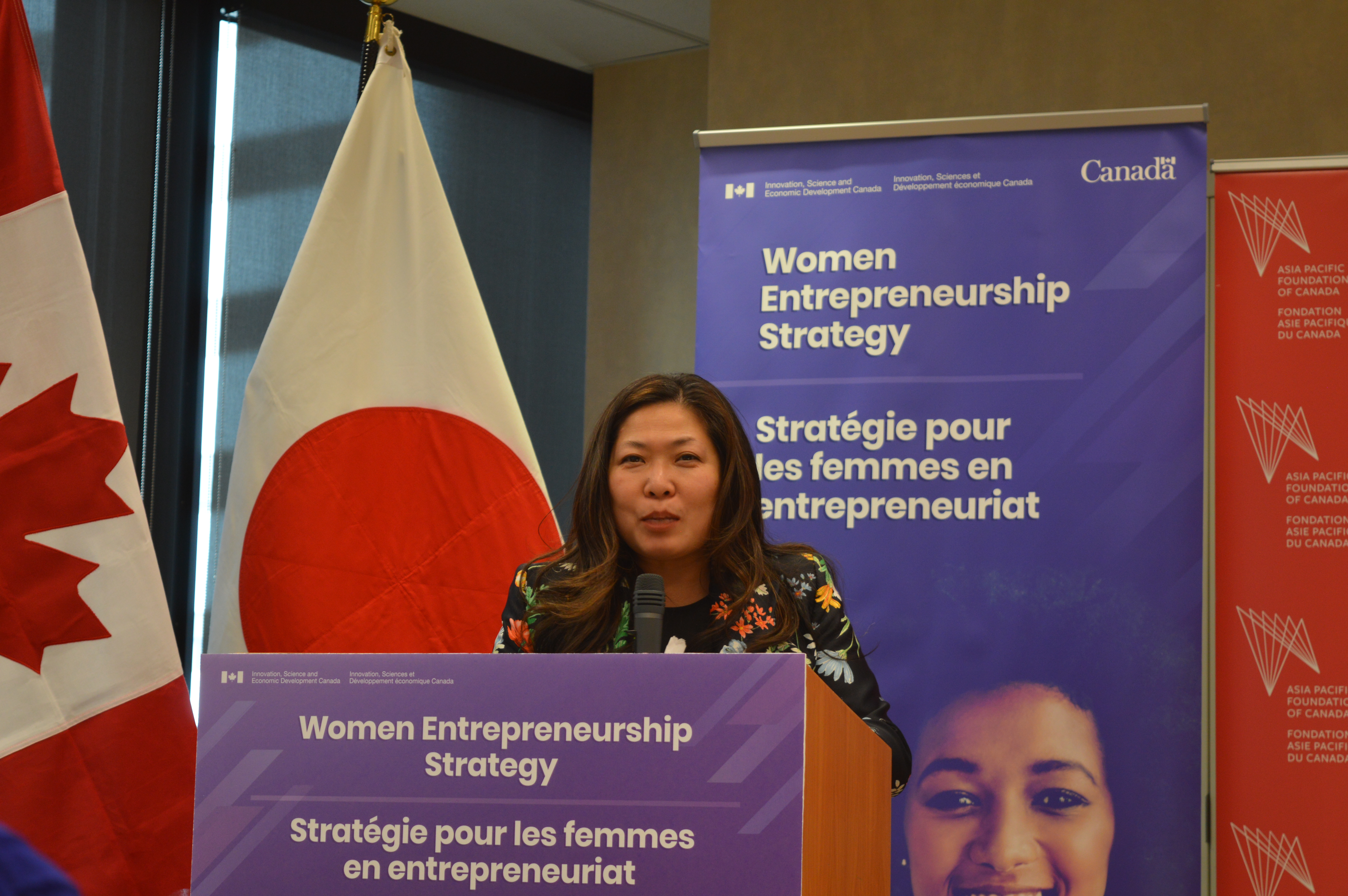 If crossing items off a funding checklist is all in a day’s work, Canada’s Minister of Small Business and Export Promotion can argue that she did it in one fell swoop when she addressed local women entrepreneurs, business leaders and dignitaries, including Takako Ito, Consul-General of Japan, at a panel discussion hosted by the Asia Pacific Foundation of Canada (APFC) on June 28.

Minister Mary Ng’s first order of business was to announce that the federal government would provide $1.7 million in funding to the APFC through the Women’s Entrepreneurship Strategy (WES), a $2-billion investment intended to help women start a business, explore exporting and invest in capital markets.

Ng, who leads Ottawa’s WES file, congratulated the first Canadian women-only trade mission, which was led by Christine Nakamura, vice-president at the APFC. The business trip to Japan, Malaysia and Indonesia was integral to supporting trade relations in the Asia Pacific Economic Cooperation (APEC) and Comprehensive and Progressive Agreement for Trans-Pacific Partnership (CPTPP) countries, to which both Canada and Japan are signatories.

“The funding means that we’re going to see more success stories, such as Barbara Alink, the creator of the Alinker mobility device, who was able to sign deals while she was on the trade mission, and Dr. Allison Sekuler, managing director for the Centre for Aging and Brain Health Innovation, who brought her experience in internationalization, skills-development, entrepreneurship and inclusivity…. These are just a couple of examples of success through the trade mission that will help Canada move into the global marketplace,” said Ng.

The investment in APFC is earmarked for trade partnerships with high-growth Asian markets, as well as for Canadian women entrepreneurs who are exporting or are export ready.

Women entrepreneurs face unique barriers in accessing capital, supply chains and export programs. Ng pointed out that small- and medium-sized businesses represent 99% of Canadian businesses, but only 16% are women owned or women led. “And only 11.2% of that 16% are women-owned or -led that are export businesses. “It’s far too low,” she said.

Ng’s second order of business at the event was her announcement that the federal government would be investing in four women-owned Southern Ontario businesses. Recipients would each receive $100,000 in funding to help their businesses scale up and to facilitate their pursuit of opportunities in markets abroad.

The funding is accessible through the Women’s Entrepreneurship Fund, a $30 million investment providing up to $100,000 in non-repayable contribution funding for 12 months.

The four Southern Ontario businesses are:

The recipients exemplify the spectrum of female-owned companies in many sectors, said Ng, who is the MP for the Markham-Thornhill riding in Ontario. “It’s a smart investment with economic and social return.”

Ng also shared statistics that highlight the effects of gender economics. She said that female-owned enterprises represent $117 billion of economic activity in Canada. In addition, the McKinsey Global Institute estimates that by adding women into the Canadian economy and advancing gender equality, Canada can add up to $150 billion to its economy by 2026.

Committed to meeting the federal government’s WES strategy to double the number of women-owned enterprises by 2025, Ng says: “Supporting women is not only the right thing to do… frankly, it’s just about damn time!”