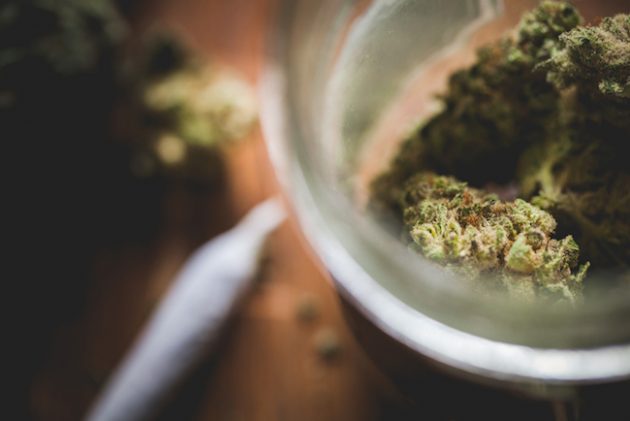 According to recently released financial statements, the Ontario Cannabis Store (OCS) earned $18.6 million during its 2019-20 financial year. That’s a welcome reversal from the previous year’s $42-million loss. But while OCS did better financially than its Alberta counterpart, it still lagged behind Québec’s Société québécoise du cannabis (SQDC).

And even though Canada marked the second anniversary of legalization this past weekend, both Ontario and Québec still lack enough stores to make legal products widely accessible, unlike in Alberta.

The first reason for the turnaround was fewer write-offs. Between April 2018 and March 2019, OCS wrote off $12.6 million for retail store preparations it didn’t use. That was because the Ontario government reassigned storefront selling to the private sector. During 2019-20, by contrast, the OCS wrote down “only” $2.1 million of inventory, perhaps due to quality concerns.

The second reason was a longer selling period. Cannabis was legal throughout the recent year, versus only half of the previous one. So although OCS’s monthly retail sales dropped 35 per cent, its annual total grew from $57 million to $74 million.

The third and biggest reason was the opening of licensed stores. OCS sold $224 million of products wholesale to those stores, despite there being just 53 of them.

Ahead of some provinces, behind Québec

The OCS results were better than New Brunswick’s. Its cannabis agency lost $4.2 million during 2019-20, though it has since become profitable.

Ontario’s lower earnings came despite having a 2.5 times larger market and higher prices than Québec. SQDC’s price averaged $7.64 per gram for 2019-20, versus $8.56 from OCS online and $10.84 in Ontario cannabis shops.

The OCS’s financial statements suggest it charged wholesale prices 30 per cent above what it paid producers. Its retail prices were 73 per cent higher than it paid.

By contrast, other province’s retail markups were lower: 58 per cent in New Brunswick, 46 per cent in British Columbia, and just 29 per cent in Québec.

SQDC earned more money despite lower prices partly because its operations were leaner. It rented no warehouses and stored just enough inventory to cover 22 days worth of sales. That kept expenses down.

By contrast, Ontario’s warehouse held 64 days worth of inventory, while those of Alberta (122 days) and New Brunswick (148 days) had more.

Perhaps that’s why Ontario and Québec released their financial results differently. SQDC announced its results in June and had its CEO publicize them. The OCS waited several months longer and its CEO left before publicity ensued.

But despite the performance differences, Ontario and Québec share something in common: too few cannabis shops. As of last week, Ontario had only 91 stores per million cannabis users and Québec had just 56, well below the Canadian average of 230.

Québec’s low retail density is due to SQDC’s slow-and-steady growth strategy. That helps keep it efficient.

It likely also suits the Québec government’s distaste for legalization. In January it raised the legal age to 21 from 18, abandoning about 80,000 users to illicit suppliers.

Meanwhile in Ontario, the provincial government has been the chief restraint on store numbers. That was understandable during fall 2018 and winter 2019, when dry cannabis products were in short supply.

But although those shortages faded in spring 2019, Ontario waited until April 2020 to fully resume store licensing. Even then, it initially processed just 20 licences per month. That only recently increased to 40 per month.

By comparison, Alberta was issuing 20 licences per month in June 2019 and hit 20 a week by July of that year.

Consequently, Alberta now has 528 shops, whereas Ontario has only 193 — plus more than 740 applicants awaiting licences. That raises questions about the Doug Ford government’s “Ontario: Open For Business” slogan. Open … eventually?

Imagine if just half of those retailers-in-waiting had already opened. Each month the extra shops might be adding some $50 million in retail sales and $20 million in producer revenues.

They’d also be drawing more consumers away from illicit suppliers. Half of Ontario’s cannabis consumption might now be legal (as it is in Québec), rather than just one-quarter.

Frustratingly, that’s not reality yet. Nonetheless, progress has been made over the two years since legalized sales began.

For example, legal products have become more price-competitive with illegal ones. The OCS says its average online price in the spring of 2020 was $7.05 per gram, below the $7.98 estimated average for unlicensed web sites. SQDC’s average was still lower: just $6.67.

So, though we’ve still far to go, Canada’s grand legalization experiment has come a long way.