One-third of Canadian companies that offer bonuses plan to increase them, survey

In a separate survey of workers, 27% said they expect a bonus this year 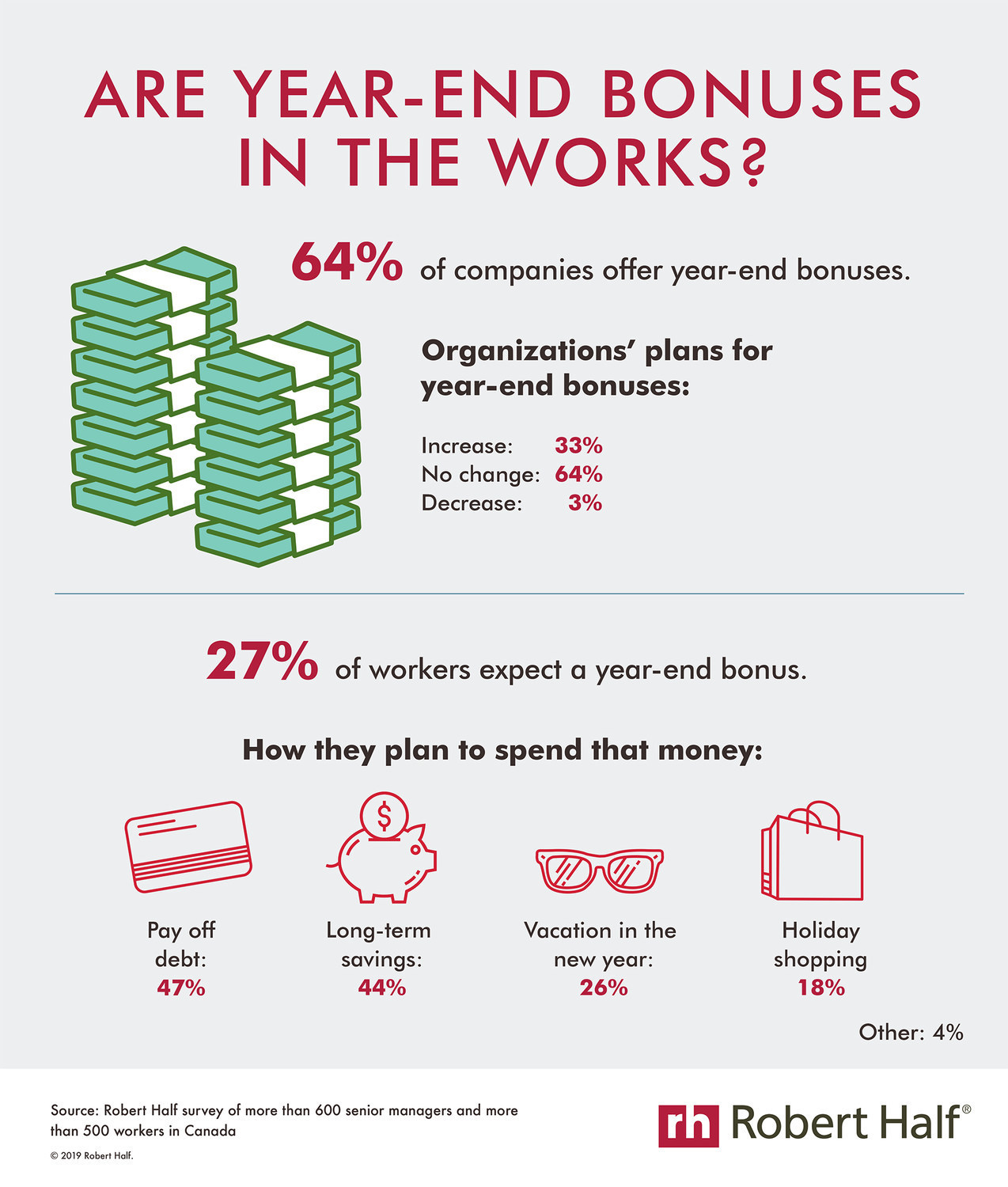 Bonuses: The Year-End Gift We All Need PHOTO: Robert Half Canada

TORONTO – Some workers will be bringing home bigger paycheques this month, suggests new research from global staffing firm Robert Half.

Nearly two-thirds of senior managers polled (64%) in Canada said their company offers year-end bonuses. Of those respondents, a third (33%) noted their organizations plan to increase bonuses this year, while 64% plan to keep them the same. Only 3% of executives anticipate reducing the amount given to employees.

In a separate survey of workers, 27% said they expect a bonus this year. Professionals have a variety of plans for the extra money, including paying off debt (47%), putting it toward long-term savings (44%), a vacation in the new year (26%), and holiday shopping (18%).

“While offering robust benefits and perks remains important, workers also value rewards that give them the financial flexibility to do what matters most to them,” said David King, senior district president for Robert Half. “Year-end bonuses are an opportunity for companies to recognize employee accomplishments throughout the year while demonstrating they care about their worker’s individual needs and priorities.”

Companies shouldn’t underestimate the positive impact bonuses can have on their team’s morale and engagement, said King. “Showing appreciation through monetary incentives can help boost employee satisfaction and keep staff motivated and focused heading into the new year.”

The online surveys were developed by Robert Half and conducted by independent research firms. They include responses from more than 600 senior managers at companies in Canada with 20 or more employees and 500 workers 18 years of age or older and employed in office environments in Canada.


Related Stories
43 per cent of Canadian companies plan to add new positions in the second half of 2021
Majority of Canadian companies expect business activity to increase: survey
Ontario NDP wants to cut public sector executive bonuses
1 in 3 remote workers may quit if required to return to office full time: survey