One of the first of its kind in North America, the 18-storey affordable seniors tower in Hamilton, Ont., serves as a model for low-carbon, resilient future. 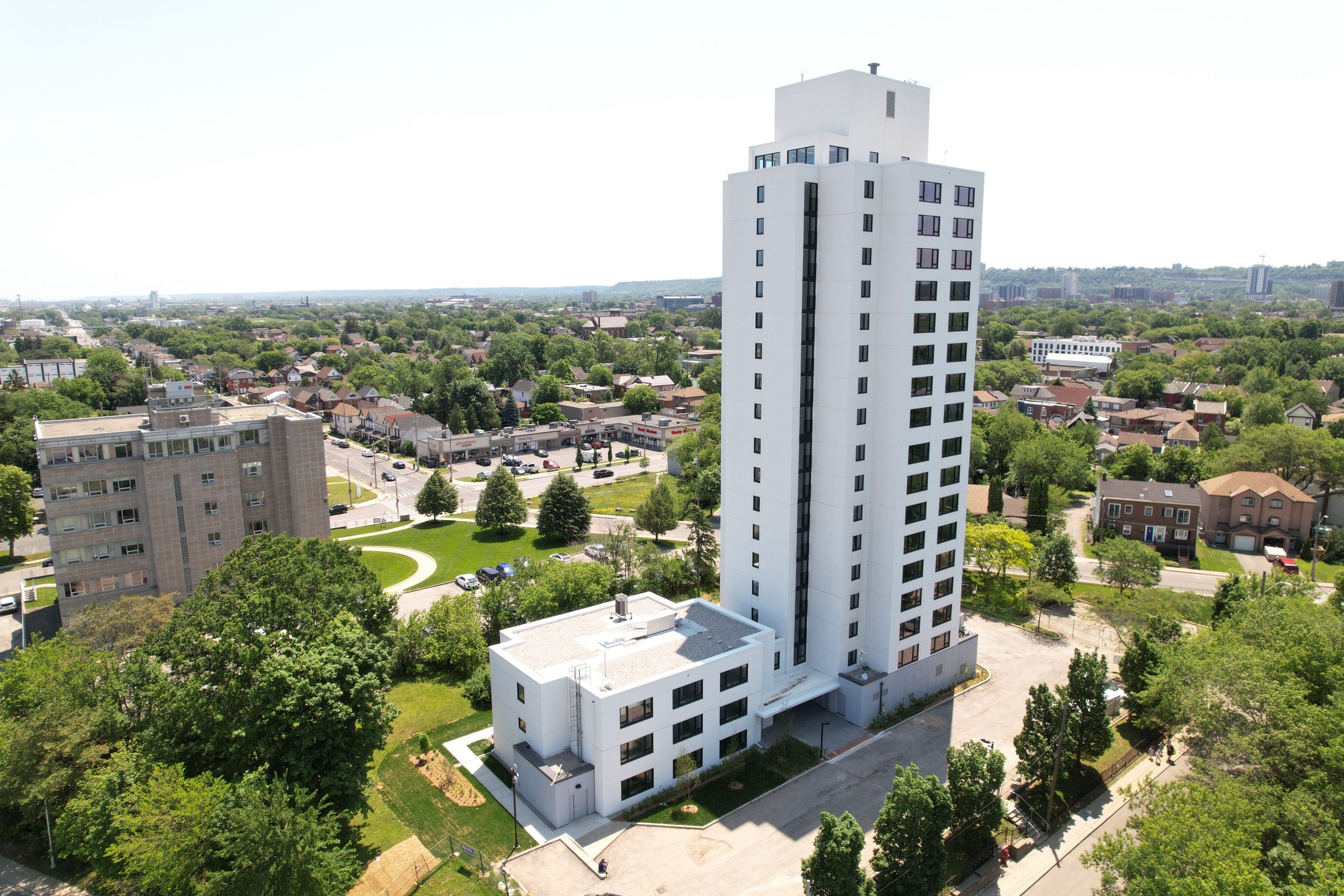 ERA Architects (ERA) and PCL Construction (PCL) are reporting that a seniors residence in Hamilton, Ont., is now the world’s largest residential building retrofitted to the Passive House standard. The Ken Soble Tower, which sports the first retrofit of its kind in North America, has achieved EnerPHit certification.

An example of Canada leading in large scale net-zero retrofits, the 18-storey, 146-unit CityHousing Hamilton building has achieved a 94 per cent reduction in greenhouse gas emissions and a 91 per cent reduction in heating energy demand. At its peak, the total energy required to heat and cool a unit would be equivalent to the energy needed to power three incandescent light bulbs.

“We could not be more thrilled that the Ken Soble Tower project has achieved Passive House – EnerPHit certification. With over 10,000 towers across Canada in need of deep energy retrofits, the team at ERA Architects, PCL and CityHousing Hamilton have shown great leadership and we congratulate them on this tremendous achievement,” said Chris Ballard, CEO of Passive House Canada.