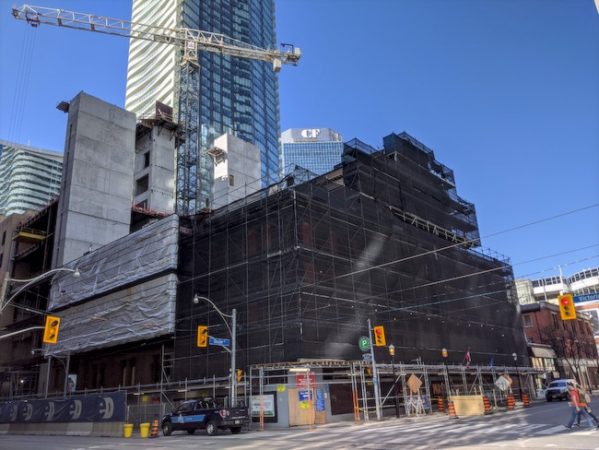 A scaffolding-covered Massey Hall in downtown Toronto. Crews were able to return to the revitalization project on the more than 125-year-old concert venue this week. PHOTO: On-Site

Shortly after the Ontario government revealed plans last week to allow all construction to reopen across the province May 19, EllisDon gave notice that it would be restarting work on the long-running Massey Hall revitalization project in downtown Toronto.

As on other Ontario job sites temporarily vacated because of COVID-19, crews were allowed to resume construction at the iconic concert venue this week.

The job sites to which workers are returning, however, won’t be mirror images of the ones they left six weeks ago. Across the industry, there’s a growing consensus that it will be a long road back to business as usual.