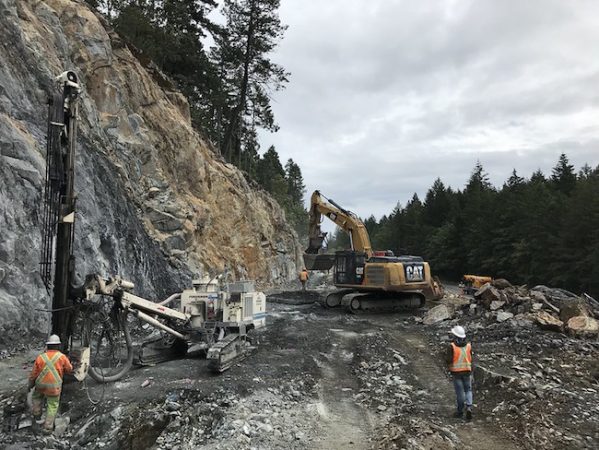 Recent work on a Trans-Canada Highway widening project on Vancouver Island. Infrastructure work has continued across Canada despite of the pandemic. PHOTO: B.C. Ministry of Transportation and Infrastructure

Between deserted highways, abandoned schools and empty rail cars, much of Canada’s infrastructure has never been as underutilized as it was in April and May. Health care facilities and telecommunications networks, on the other hand, have rarely been so strained.

Through it all, as the economy ground to a halt and questions swirled over whether Canadians would ever be coaxed back onto subways or into classrooms, construction kept inching forward on new transit projects, new schools and new public works that presumed the country would emerge from the pandemic into something resembling normal.