As traditional demands for oil are declining as the transport sector is increasingly electrified, the oil industry is seeing plastics as a key output that can make up for losses in other markets. 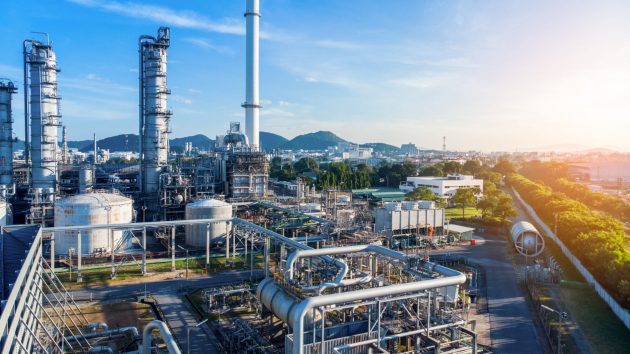 Visiting a modern petrochemical plant makes you feel incredibly small. Enormous compressors roar incessantly, distillation columns tower high above your head, large pipelines full of oil and gas criss-cross the site. Heat radiates from inspection hatches in the furnaces in which the hydrocarbons are heated to 850°C to make the molecules crack. It’s easy to get lost in alleys of ducts and pipes, which to an untrained eye, all look the same.

Large tankers moor at the quay to unload cargoes of oil and gas and trucks leave at the other end, filled with plastic pellets. Tall chimneys release large plumes of flue gases from burning gas and unwanted by-products, using the energy to run the processes at the plant. At night a flare watches over the plant like a bright eye. This is where gases are combusted in case of an emergency or unexpected shutdown of parts of the plant. It’s always burning with a small flame.

Around the world, around the clock, the plastics we use every day are produced at facilities such as these on an almost incomprehensible scale. A scale so large that some suggest we now live in an era best labelled the plasticene.