OHS Canada: Traffic is returning to pre-pandemic levels, and so are fatal accidents 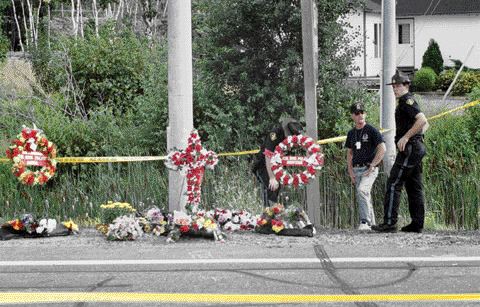 A roadside memorial is set up on the side of Highway 69 in Sudbury, Ontario.

As traffic levels return to pre-pandemic levels on many highways, safety groups are sounding warning bells about the number of people killed in crashes.

Vehicle crashes cause 38 per cent of preventable workplace deaths, according to the National Safety Council (NSC) in the U.S., and it’s calling on employers to implement “safe driving policies and train employees to identify and address impairment.”

More than 46,000 people were killed on U.S. roads in 2021, according to the NSC — a nine per cent jump from 2020. Similar numbers aren’t available for Canada, but traffic is increasing on this side of the border as restrictions drop and employers call staff back to the office.