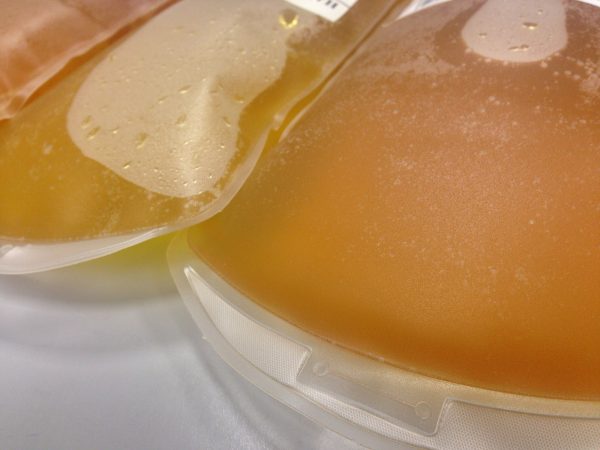 Plasma is the yellow liquid component of blood. It is separated into its component proteins and used in medical treatments. PHOTO: Wikimedia Commons

Plasma — a component of whole blood — is vital for medical treatments. It is usually collected separately from whole blood and is then fractionated, or separated, into different proteins for use in plasma therapies like albumin, immune globulin and clotting factors.

Most Canadian plasma donors are not compensated, and Canada does not collect nearly enough of the approximately 1.2 million litres of plasma necessary to meet our need for immune globulin. Most of the plasma therapies used by Canadians are made from plasma collected in the United States, where donors are compensated.

In 2013, Dr. Graham Sher, the CEO of Canadian Blood Services, explained in an opinion piece for the Toronto Star that, “a prohibition on paying donors for plasma for commercial fractionation use would deny patients access to these products, both here in Canada and around the globe. When lives are at risk, that’s simply not an option.”

Despite the warning, Ontario banned commercial compensated plasma collections in 2014 through the Voluntary Blood Donations Act. Alberta did the same in 2017, as did British Columbia in 2018. The two commercial plasma collectors in Canada — Prometic Plasma Resources and Canadian Plasma Resources — had plans to open 19 plasma centres by 2019. With each centre expecting to collect 30,000 to 40,000 litres per year, Canada would have been nearly 50 per cent self-sufficient in plasma for immune globulin last year.

Instead, the Voluntary Blood Donations Act made those plans impossible, and Canada is merely 13.5 per cent self-sufficient in plasma for immune globulin.

The novel coronavirus has depressed plasma donations in the United States by 15-20 per cent. As a result, Canadian Blood Services is preparing for a shortage of plasma therapies at the end of 2020 or early 2021.

If Canadian patients have to endure a shortage, the Voluntary Blood Donations Act will be significantly to blame.

Plasma therapies made with paid plasma are just as safe and effective as those made with non-compensated plasma.

These findings are consistent with the experience of the Czech Republic and Germany, and with similar conclusions from the 2018 Health Canada expert panel report on immune globulin supply.

Sufficient only with payment

The U.S., with only five per cent of the world’s population, provides more than 70 per cent of all the plasma used to make plasma therapies for the whole world.

If you add plasma obtained from Germany, Austria, Hungary and the Czech Republic — the other countries where compensation is offered — compensated plasma accounts for 89 per cent of all the world’s plasma for plasma therapies.

Canadian Blood Services (CBS) has issued warnings about this situation. In 2018, for example, its annual report said that “we rely too heavily on a foreign supply of plasma to meet the immune globulin needs of patients in Canada. This degree of reliance is not only unsustainable, it puts patients at risk.”

In passing the Voluntary Blood Donations Act, the governments of Ontario, Alberta and British Columbia have chosen to pay Americans for their plasma, rather than pay Canadians for theirs. This fact makes many of the purported moral objections to compensated plasma collections incoherent.

For example, if compensation for plasma is exploitative, as some have suggested, then Canada currently exploits American plasma donors.

But compensated plasma collections in Canada are not now, and would not be, exploitative. Canadian donors receive approximately 20 to 30 per cent of the total revenue from a litre of plasma, while the company receives zero to five per cent in profit.

Not only is that not exploitative, it is a generous deal.

It is an even better deal for taxpayers.

The Health Canada expert panel explained that non-compensated plasma collections are two to four times more expensive than paid plasma collections. The CBS plan for 40 plasma centres will result in a price of about $412 per litre collected. Compare that to the public offer from Canadian Plasma Resources at $166 per litre in 2017.

CBS has explained that Canadian Plasma Resources does not collect enough plasma for it to be worth their while to place them under contract, calling the volume of plasma collected by them a “rounding error of what we are talking about here.” But repealing the prohibition on paying Canadians in the more populous provinces would change that quickly.

Considerations like the above are why Tany Yao, a member of Alberta’s legislature, introduced Bill 204, the Voluntary Blood Donations Repeal Act, which recently passed second reading in Alberta. Ontario and British Columbia should do the same.

We can either repeal the Voluntary Blood Donations Acts and permit compensating Canadians for plasma, benefiting Canadian donors and patients, or we will forever pay Americans for their plasma, imposing higher costs and insecurity in the supply of these life-saving medicines.