New research suggests 1.5C climate target will be out of reach without greener COVID-19 recovery plans

Global fossil fuel emissions dropped by about 7% in 2020, but a rebound is likely to occur when lockdowns ease up unless recovery packages focus on ‘green recovery' 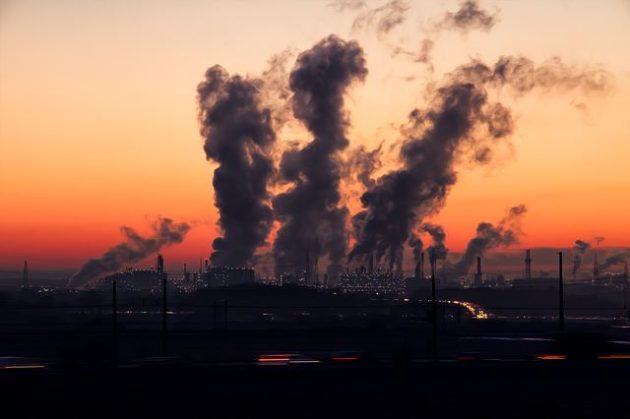 The amount of carbon dioxide that we can still emit while limiting global warming to a given target is called the “remaining carbon budget,” and it has become a powerful tool to inform climate policy goals and track progress towards net-zero emissions targets.

This carbon budget is like a fixed financial budget: there is a cap on total allowable expenses over time, and excess spending in the near term requires deceased spending in the future. Similarly, the remaining carbon budget is a fixed total quantity of future emissions that is small enough to limit global temperature increases before they exceed our climate targets.

Scientists’ estimates of the remaining carbon budget vary widely. Studies often use different approaches or even definitions of what the carbon budget represents. This can involve different treatment of how greenhouse gases other than CO2 contribute to climate change, or the incomplete representation of some processes, such as the role of aerosols in climate change.

The large range of estimates can be used either to write off ambitious climate targets or argue that the transition to a low-carbon economy can proceed gradually over several decades. Neither extreme reflects the actual uncertainty especially well.

We developed a a new way to generate a better estimate of the remaining carbon budget for the 1.5C limit of the Paris Agreement that integrates all major sources of uncertainty. Our results suggest that even if the growing list of countries committing to 2050 net-zero emissions targets reached their goals, we would still deplete the 1.5C remaining carbon budget more than a decade too soon.

This is a stark reminder of how quickly we are running out of time to achieve the most ambitious temperature goal of the Paris Agreement.

How much budget is left?

If we slow our rate of emissions, the remaining budget will last longer. To avoid exceeding the remaining carbon budget, we need to stop emitting CO2 altogether. A budget of 440 billion tonnes from 2020 means that global CO2 emissions need to decrease to net-zero by about 2040.

However, even this would give us only a 50 per cent chance of not exceeding 1.5C. For a 67 per cent chance, total CO2 emissions must not exceed 230 billion tonnes. This is about five years of current emissions, or reaching net-zero emissions by 2030.

Global decarbonization within 10 to 20 years is obviously a daunting challenge. But is it an impossible one?

The past year saw global CO2 emissions drop by seven per cent relative to 2019. Continued decrease at this rate would cause global emissions to reach net-zero by about 2035, giving us better than even odds of limiting global warming to 1.5C.

This will not occur without a global effort to change the trajectory of future emissions. The 2020 emissions drop was a side-effect of efforts to control COVID-19. If economic recovery efforts were targeted to try to bring emissions down further this could keep the 1.5C target within reach.

Changing the course of future emissions

At the peak of global lockdowns in April 2020, daily CO2 emissions decreased by almost 20 per cent relative to the same period in 2019. These insights can inform how COVID-19 recovery investments could be used to drive emissions further downward.

The largest relative decreases in emissions came from reductions in road transport, such as commuting by car, and air travel. Although we are all suffering from the loss of in-person interactions, we have also learned a lot about how to convene meetings, presentations and collaborations online. While individual mobility will rebound as lockdowns ease, our crash course in remote working and learning means that we may not need to return to pre-COVID-19 travel levels.

Emissions from industry and power generation did not decrease as much, in relative terms. This points to the need for systemic changes in technological infrastructure to unlock the potential for lower-carbon economic activity.

Similar technological advances are also needed to support low-carbon travel in circumstances where online platforms are not up to the task. The combination of sustained individual behavioural change, with a rapid expansion of low-carbon infrastructure, has the potential to have a substantial effect on the trajectory of future CO2 emissions.

Staying within the remaining carbon budget

An increasing number of countries, cities and companies are committing to net-zero emissions targets, where CO2 emissions are decreased to zero or to a level that is matched by the intentional removal of CO2 from the atmosphere. These targets are essential to any effort to stay within the remaining carbon budget.

Countries that have adopted or promised net-zero emissions targets include the European Union, United Kingdom, China, Canada and the United States under the new Biden administration. Currently, most of these targets are set for 2050 (or 2060 in the case of China).

According to our estimate of the remaining carbon budget, these commitments are insufficient to limit warming to 1.5C. They may, however, limit warming to the higher temperature goal of the Paris Agreement: well below 2C.

This year will be key in our efforts to decrease emissions. COVID-19 has opened a window of opportunity to meet ambitious climate targets that might otherwise have been out of reach.

Governments around the world are spending unprecedented amounts to support and reinvigorate national economies. We must actively pursue this opportunity for a green recovery and avoid investing in infrastructure and industries that will lock in future CO2 emissions. Yet the COVID-19 stimulus packages announced so far are “missing the opportunity,” according to the UN Environment Program’s adaptation report released last week.

There are no emergency lockdown measures that will slow the rate of climate warming. Instead we need targeted, substantial and sustained effort and investments to continue to decrease and eventually eliminate global CO2 emissions. This window is open now, and we must not miss the opportunity.