New data shows that homelessness is a women’s rights issue

Women are more likely to have minimum wage or part-time employment than men, meaning housing is even more unaffordable for them. 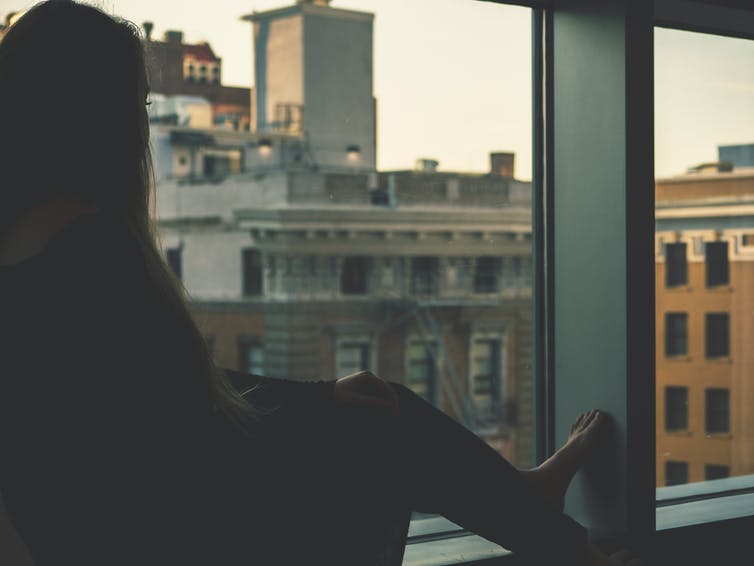 Many reported they couldn’t afford a new place or moving expenses, forcing them to stay where they are. (JD Mason/Unsplash)

Visible homelessness during the COVID-19 pandemic has highlighted the housing crisis across Canada. For women, girls and gender-diverse people, homelessness is often hidden, meaning that they are more likely to avoid shelters, couch surf or remain in abusive relationships than end up on the streets. Because of this, we know less about their experiences.

New data from the Pan-Canadian Women’s Housing and Homelessness Survey, the largest gender-specific data collection of its kind in Canada, tells us a clear story.

Lack of access to housing has gendered causes and effects, and gender equality in Canada depends on fair access to adequate housing. This survey, completed by 500 women and gender-diverse people in 12 provinces and territories, shows us why housing is a women’s rights issue.

Twenty-eight per cent of women-led households struggle with the affordability, suitability or adequacy of their housing. This is almost double the rate of households led by men.

The Pan-Canadian Survey found that many women and gender diverse people who have experiences of homelessness have no money after paying for housing. Only 14.2 per cent can make ends meet after paying rent.

We know that women and gender-diverse people still earn less than men, limiting access to an increasingly unaffordable housing market. Women are also more likely to have minimum wage or part-time employment, meaning housing is even more unaffordable for them.

Participants also noted that the available affordable housing was inadequate for children (15.2 per cent), in bad condition (40.8 per cent), unsafe (32.8 per cent) or inaccessible to people with disabilities (more than 70 per cent).

More than one-third of participants had also been forced to leave their most recent housing because they couldn’t afford it anymore (34.8 per cent). Gender pay inequities have a real impact on women’s right to housing.

Homeless counts of the general population, without a gendered lens, report that the top reason people lose their housing is because of addiction and substance use.

In contrast, the Pan-Canadian Survey reported 47 per cent of participants said a breakup was the main reason they lost their most recent housing. This means that many women and gender-diverse people are forced to choose between staying in a personal or romantic relationship or becoming homeless.

Under human rights standards, women and gender-diverse peoples’ housing should not depend on their relationship status.

Women-specific homelessness services in Canada are overcrowded and underfunded. Participants reported major barriers to accessing emergency shelters, with almost a third (32.6 per cent) being unable to access a bed when they needed one.

This problem is even worse in rural, remote and Northern communities, where there’s a lack of shelter beds for women, Indigenous, racialized and 2SLGBTQIA+ people, as well as people with disabilities. This 32.6 per cent shared that the main reason they were unable to access shelter was because services were too full when they arrived.

Additional barriers are caused by shelters with extra rules for entry. Participants shared examples of being refused service for reasons that included pregnancy, not meeting domestic abuse criteria, shelters unsuited to their physical needs or for being too masculine-presenting.

When they were unable to access shelter, many participants turned to rough sleeping, survival sex, returning to abusive situations, and begging friends or acquaintances to take them in. Addressing the housing gender gap means ensuring equitable access to emergency shelter and services for women and gender-diverse people.

If policy, programming and practice do not explicitly include gendered lived realities, women, girls and gender-diverse people will continue to be left behind.

What was previously known only through stories and small-scale studies emerges as a clear message in the Pan-Canadian Survey. Realities of housing costs, relying on personal or romantic relationships to stay housed and limited access to shelters are made worse by how little we know and see of women and gender-diverse homelessness.

The hidden nature of gendered homelessness means that many women and gender-diverse people are not included in homeless counts, so their needs are under-served and unrecognized.

To achieve equality for women and gender-diverse people in Canada, we need to hold governments accountable and demand they tackle the issue of gender inequality in housing.