We, the humans of this planet, need to go back to the Moon for many reasons, but the most important one is the challenge – to extend ourselves to innovate and progress. 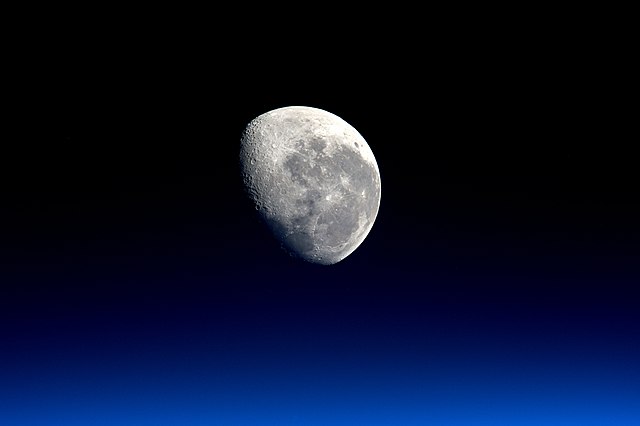 With weather conditions currently at 80% favourable, NASA is launching the Artemis 1 mission today from Kennedy Space Center in Florida. The launch window opens at 8.33am EDT (10.33pm AEST).

This milestone mission will usher in a new era of human space exploration beyond low Earth orbit, and the first step in getting humans back to the Moon.

The 42-day uncrewed mission will test the capabilities of the new heavy lift Space Launch System (SLS) rocket, as well as the space readiness and safety of the Orion spacecraft. Orion is designed to send humans further into space than ever before.

In addition, Orion will launch ten small satellites called CubeSats for both scientific and commercial purposes.

Advertisement
These will be used to investigate different areas of the Moon, look at sustainability in the use of spacecraft, and even send one spacecraft to a near-Earth asteroid. All these CubeSats have been built by industry (small and large) and/or scientific groups in the effort to expand space exploration.

A fitting name for a long-awaited step

A lunar deity, Artemis is the Greek goddess of the hunt, and Apollo’s twin sister. It’s a fitting name for the program that will send the first woman and first person of colour to the Moon by 2030.

The Artemis program will build capacity in steps, similar to how the Apollo program worked in the 1960s. Each mission will build on the knowledge gained from the previous one to test equipment and instruments under controlled conditions, until finally, all is ready for a crewed landing on the Moon.

With the Artemis program, Earth as a global community has the opportunity to participate and push back the frontiers of human knowledge and innovation.

Humans were last on the Moon nearly 50 years ago, when the Apollo 17 astronauts spent 12 days roving and exploring an area known as the Taurus-Littrow Valley.

Since that time, most human exploration of space has been from the International Space Station, which orbits about 400km above the surface of Earth. For comparison, the Moon is around 950 times further (around 385,000km) away, representing a much more significant challenge.

As a global community, we have already learned much from using robotic missions to the Moon and other planets in our Solar System. The Moon has been imaged at a resolution of roughly 5 metres per pixel, therefore we can see and pick safer landing areas in heavily cratered areas like the south polar regions.

The Indian Chandrayaan-1 mission discovered water ice, and China’s Chang’e 5 mission recently brought samples back to Earth that come from the youngest known area of the Moon. We will apply this information to our next steps.

This time, the ‘space race’ is different

The 20th century “space race” that drove humans to the Moon in the 1960s and ‘70s was fuelled by competition between the two global superpowers, the United States and the Soviet Union, with the rest of the planet experiencing the excitement of visiting a world other than Earth.

Chinese officials recently announced an International Lunar Research Station jointly planned with Russia, a project that includes a new crew launch vehicle and the heavy lift rocket Long March 9, but details on this program are relatively scant for now.

While NASA leads the charge this time around, the Artemis program will be an international effort. It will take lessons from the success of the International Space Station, which was built by five, and has been used by astronauts from, 20 countries.

For this first Artemis mission, several European countries are involved in both the SLS and Orion. More (including Australia) will contribute to building and operating a base and rovers on the Moon in the future. Global collaboration is at the forefront of this effort.

The benefit is for all

Space exploration leads to new scientific discoveries, significant economic benefits, and inspiration for people to reach farther and higher. It is not just financial expenditure with no return – it earns back in spades and sometimes in ways we can’t predict.

The invention of cordless tools and velcro are often associated with NASA and space exploration; in reality, those were invented before the Apollo program (NASA did, however, make good use of them).

Although those weren’t invented because of space exploration, there are plenty of things that have been – from memory foam to suits for race car drivers, to cancer-sniffing instruments. A landing on the Moon also provided a unique view of Earth that showed our big blue marble in space. We are a connected community.

We, the humans of this planet, need to go back to the Moon for many reasons, but the most important one is the challenge – to extend ourselves to innovate and progress.

The effort put into this will lead to new ways to look at and solve problems not only for living and working in Space, but for improving how we live and work on Earth.