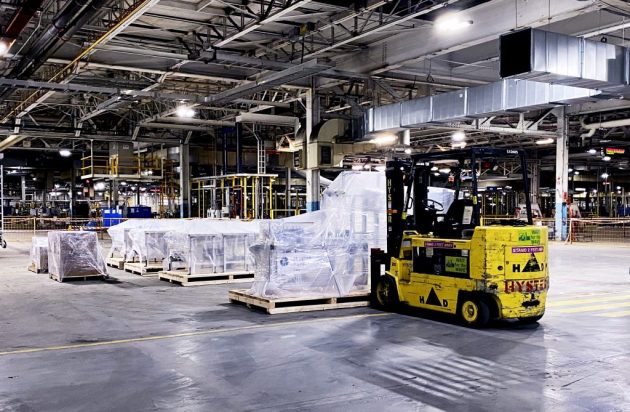 This time last year, automotive plants in Canada were making full use of their production lines to produce their new vehicles.

Toyota Motor Manufacturing Canada (TMMC) had just announced that the Lexus NX would-be built in Ontario starting in 2022, and Honda of Canada Mfg (HCM) was on its way to producing its nine-millionth vehicle at its manufacturing facility in Ontario, which they hit early in 2020. Meanwhile, Ford Motor Company of Canada, FCA Canada Inc., and General Motors of Canada Company, were all still producing vehicles in Canada.

Flash forward to Spring 2020, and many automotive plants in Canada are only now reopening as they have been shuttered since March as a result of the COVID-19 pandemic. Instead of simply sitting idle, many have taken to adapting their operations and helping in the fight against the virus.

MRO reached out to OEMs who have plants in Canada to get a sense of what they are doing during these unique times.