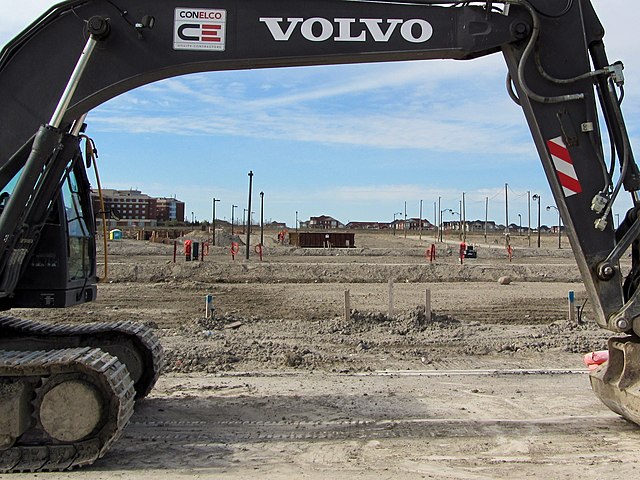 Canada needs to build more homes, faster, according to a recent report by the Canada Mortgage and Housing Corporation. The report estimates that British Columbia alone will need 570,000 new units by 2030 to meet a moderate affordability level of 44 per cent.

Not coincidentally, building more housing has gained steam among policy-makers, including David Eby, B.C.’s minister of housing and frontrunner candidate to replace John Horgan as NDP party leader and premier of the province.

While it’s important to recognize the lack of affordable housing as part of the housing crisis, the problem with our housing system isn’t as simple as the disequilibrium between supply and demand. Increasing market housing supply will not end the housing crisis on its own.

Drawing on a B.C.-wide survey of 1,004 residents conducted from March to April 2021, our recent study shows that unaffordability is only one type of housing vulnerability that has taken its toll on British Columbians during the COVID-19 pandemic.

The COVID-19 pandemic brought about a second pandemic of social isolation through the public health measures put in place to combat the spread of the disease.

While necessary and largely effective, these restrictions took their toll on well-being: between 40 and 50 per cent of respondents reported physical and mental health declines one year into the pandemic.

However, these negative secondary effects of the pandemic did not impact everyone equally. Our study found that homeowners fared the best in mental and social well-being, while market rental tenants fared the worst.

Most surprisingly, community housing tenants (those living in subsidized, non-profit or co-op housing) reported the same level of mental well-being as those who owned a mortgage.

The disparity in well-being outcomes demonstrates that policy that only addresses housing affordability fails to take the lessons learned from the COVID-19 pandemic about well-being into account.

The official core housing needs indicators used to assess housing vulnerability in Canada are unaffordability, overcrowding and poor dwelling quality. We argue that Canadian housing policy needs to go beyond them.

However, our research shows the pandemic has brought to light forms of housing vulnerability beyond inadequacy, such as housing instability, the ability to stay safe and healthy at home and reduced access to neighbourhood amenities and resources.

A small proportion of survey respondents expressed a sense of residential instability, meaning they felt they were unable to stay in their dwelling without interruptions or complications. Our study found that 15 per cent of market housing tenants experienced housing instability, compared to 11 per cent of community housing tenants.

Housing affordances are housing features or functions that improve people’s everyday lives. In the context of the pandemic, this meant how dwelling spaces allowed residents to practice physical distancing and cope with secondary effects of the pandemic.

Nearly a quarter of respondents found it difficult to host occasional visits from family members and friends during the pandemic, while 19 per cent had trouble working or studying from home and 18 per cent had difficulty exercising at home. Some also reported difficulty maintaining physical distances with non-family members.

Neighbourhood accessibility is how satisfied respondents were with access to neighbourhood amenities and facilities, such as public transit, stores, private and public open spaces and community programs.

Most respondents were satisfied with neighborhood accessibility. Homeowners were less satisfied than renters with their access to public transit, likely due to the lack of public transit in certain parts of the province.

Both renter groups — 25 per cent of market housing and 15 per cent of community housing tenants — were unhappy with access to private outdoor spaces. This could be because access to parks and public spaces was restricted during the pandemic and more renters tend to live in apartments without balconies.

It’s clear the market alone doesn’t deliver housing as a social good; more extensive solutions to the housing crisis will come from understanding the social role of housing in building household and community resilience.

Here, community housing models offer some evident clues, such as the ways in which housing is supplied and operated and the efforts to foster social connections and support in these communities.

While increasing the housing supply may moderate the affordability problem, policy-makers should be wary of vulnerabilities introduced by the market system beyond core housing needs, as our study reveals, especially for those who cannot afford home ownership.

To build long-term community resilience, public policies should pay attention not only to housing adequacy, but also to residential stability and the quality of life that homes and neighbourhoods provide.

Without a holistic understanding of the lived and social realities of what it means to be safe and sound at home, we lose crucial opportunities to meet important social policy goals through our housing plans and policy.