Local companies with global reach recognized at this year's Ontario Export Awards; 11 firms were named winners across a range of categories 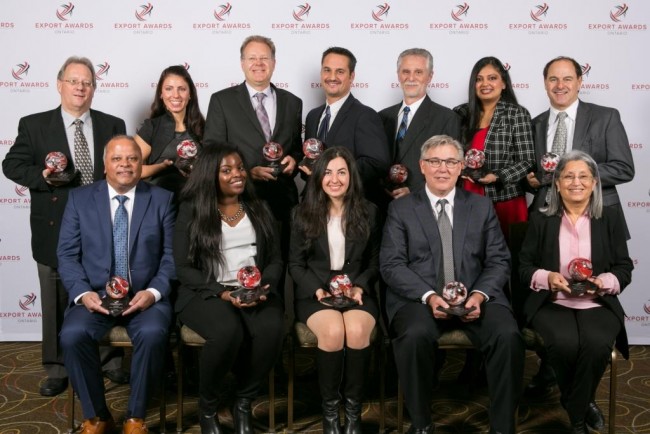 TORONTO—Emerging from a field of more than 20 finalists at the 2015 Ontario Export Awards, Mircom has been named the province’s Exporter of the Year.

The Vaughan Ont.-based manufacturer, which ships its fire detection and alarm systems as well as its communications, security and building automation products to more than 100 countries worldwide, secured the top honour at the the Nov. 24 awards gala in Mississauga, Ont.

“[Mircom] has made significant export achievements having entered areas such as Latin American, the Middle East, North Africa, India, South American and the Far East,” Scott Brown, vice-president and Head of Business Banking for Ontario at HSBC Bank Canada, said as he introduced the winner. “This company is a vibrant example of an Ontario manufacturer truly taking the global markets by storm.” 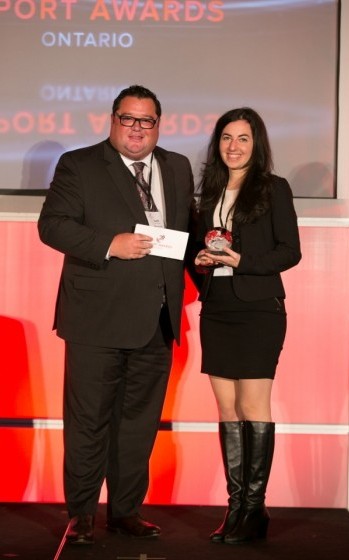 Accepting the hefty award—the company’s second of the night—Mircom’s manager of public relations and communications, Marsha Druker, thanked the company’s employees and its partners for helping to “make this happen.”

Mircom also edged out two other finalists to walk away with the Consumer Products & Technology award.

Paying tribute to many of the province’s top export firms, the Ontario Export Awards highlights the innovative approaches Ontario business are using to gather knowledge of foreign markets, build international networks and enjoy continued success on the world’s stage. The awards ceremony’s other winners covered a range of industries from the fast-growing cleantech sector to consumer staples such as the food, beverage and agriculture industry. While established firms competed for the top spot, a number of Ontario companies new to exporting also entered the fray in the Emerging Exporter category.

Throughout the event, there was little question about how important creating long-standing international relationships and shipping products beyond the Canadian border will continue to be for Ontario businesses.

“Exporting is the lifeblood of our company,” Peter Biro, president and CEO of Manufacturing & Resources (Small Manufacturer)-award winner, NEWCON OPTIK, said. “I think you can tell from all the talk during the election campaign about our balance of trade, it’s going to be the lifeblood of the country.”

Cogent Power Inc. of Burlington, Ont. won the 2015 Leadership Award. The award—which recognizes a company or individual for championing the cause of exporting in Ontario within their industry or field of expertise—was accepted by Cogent Power president Ron Harper.

Pointing to China and other emerging markets many of the award winners have already begun shipping to, Monte Kwinter, parliamentary assistant to Ontario’s Minister of Citizenship, Immigration and International Trade and MPP for York-Centre, applauded the finalists’ initiative in “seizing the global opportunities that will help bring prosperity to Ontario.”