Marine viruses: the tiny microbes that orchestrate life in the ocean

Though they may seem insignificant, viruses are the most bountiful entities in the ocean 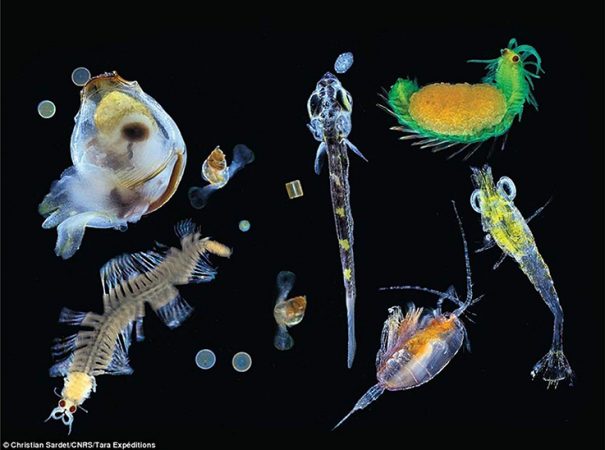 The sea is full of microorganisms. Smaller than one millimetre and often composed of a single cell, they come in every shape and size imaginable, from bacteria and microalgae to protozoa. But there are also viruses – incomplete entities that need a host to replicate, and so survive.

Independent virus particles have an incredibly simple structure. They’re composed of genetic material, in the form of either DNA or RNA, and surrounded by a protein shell. Each measures between 20 and 200 nanometres.

Though they may seem insignificant, viruses are the most bountiful entities in the ocean. Just one millilitre of coastal water taken from the ocean’s surface can contain up to 10 million viruses. The number of viruses decreases further offshore and deeper into the water, and as we reach the open sea, there are likely to be around 100,000 viruses per millilitre at a depth of 4,000 metres.

It’s estimated that the oceans contain one nonillion viruses – that’s a number equal to one followed by 30 zeroes, which is many more than the stars in our galaxy, the Milky Way. So how can so many survive?

While this number remains more or less constant over time, countless viruses are eaten by microorganisms or deactivated by radiation, while countless more burst forth from infected hosts. A dynamic balance exists between the disappearance of viruses and the appearance of new ones in seawater.

Viruses and their victims

Marine viruses are generally considered to be microbe killers. Once a virus has encountered a host cell, it identifies it by the cell’s surface receptors and inserts its genetic material and hijacks the machinery inside the cell in order to replicate. Following lysis (rupture of the cell membrane), some 20 to 300 viruses per cell may be shed, each of them ready to infect a new host.

Marine viruses can infect any organism, from bacteria to whales. But the abundance of ocean bacteria – 1 million per millilitre of seawater, making them the most dominant microorganism in the ocean – means that bacteria are their most likely hosts.

It’s estimated that 10²³ (the number ten, followed by 23 zeroes) viral infections occur in the sea every second, releasing new viruses but also 10⁹ tonnes of carbon from the cells they burst. In the entire ocean, viruses release around 140 gigatonnes of carbon a year as a result of this process.

On occasions, the virus does not disrupt the host it infects, but rather inserts part of its genome into the host’s DNA. These viruses are known as prophages, or lysogenic viruses, which can control what genes the host expresses and even its metabolism. But when a lysogenic virus detects an adverse shift in the environment, or if the host is defective, the prophage becomes virulent and destroys the host cell.

Each new infection offers the potential to introduce new genes into the host, and each new progeny of viruses that is shed may have stolen genes from the host. In this way, viruses are the greatest reservoir of diversity in the ocean.

The role of viruses in the ocean

Marine viruses form part of the microbial food web and help control the abundance and diversity of bacteria and algae.

It’s estimated that viruses kill about 20% of all ocean microbes each day. Besides producing new viruses, rupturing these bacterial and algal host cells releases the material contained within, which remains in the water column as dissolved organic and inorganic nutrients.

This dissolved matter will be used again by other microorganisms to grow, which will be eaten by larger creatures, such as zooplankton and fish, which will, in turn, be eaten by sharks, whales and humans. In this way, microscopic viruses recycle the materials necessary for life to flourish. And since the ocean covers over 70% of Earth’s surface, they strongly influence life on much of this planet.