Many existing drugs have unknown mechanisms that can be harnessed as a strength, rather than a weakness. 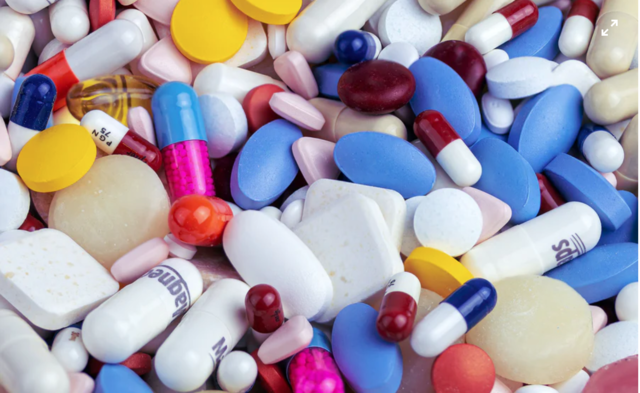 Drugs don’t always behave exactly as expected. While researchers may develop a drug to perform one specific function that’s perhaps tailored to work for a specific genetic profile, sometimes the drug might perform several other functions outside of its intended purpose.

This concept of drugs having multiple functions, called polypharmacology, may lead to unintended consequences. This is a common occurrence for cancer drugs in clinical trials that can have harmful side effects and treatment toxity.

But polypharmacology may in fact be the norm for most drugs, not the exception. So rather than seeing a drug’s ability to perform many functions as a flaw, biomedical data scientists like me and my lab colleagues believe that it can be used to our advantage in designing drugs that address the full complexity of biology.

When scientists talk about drugs, they like to refer to its mechanism of action, or MOA – essentially, exactly what a drug does when it enters the body. A drug’s official MOA, however, may not actually include all the ways it can affect cells.

For example, the mechanism of action of a drug labeled as a VEGF inhibitor is to block the activity of a protein called VEGF, or vascular endothelial growth factor, in a cell. While VEGF plays an important role making new blood vessels, a process that’s integral to healthy tissue development, it can also be a hallmark of cancer. Blocking VEGF can stop the formation of new blood vessels that supply nutrients to tumors and prevent the growth and spread of many types of cancers.

There are currently 14 drugs inhibiting new blood vessel formation approved in the U.S. to treat cancer, and most target VEGF. You may be wondering why there are so many different drugs available if they’re all inhibiting the same protein. The answer comes down to polypharmacology: While they all most likely work by blocking VEGF in some way, each likely has some other function that may be unique to that drug. That alternative function might cause side effects, or only work in certain conditions.

VEGF belongs to a larger group of proteins called receptor tyrosine kinases, or RTKs, that are challenging to target individually. Many drugs that target one type of RTK, like VEGF, also end up indiscriminately targeting other RTKs because they share a similar chemical structure, potentially causing unwanted side effects.

For example, in 1999, scientists discovered that the infamous morning sickness drug thalidomide also worked as a VEGF inhibitor to treat multiple myeloma, a type of blood cancer. This was a triumph for a drug that, just 70 years prior, was banned worldwide after causing severe birth detects in an estimated 10,000 infants, not including miscarriages and stillbirths.

Like thalidomide, many chemicals affect the body in many different ways, and their full mechanism of action still isn’t fully understood. Even some approved drugs like lithium, acetaminophen and many antidepressants still have an unclear MOA.

Perhaps the most famous example of the serendipity of polypharmacology is Viagra, a drug that was originally developed for cardiovascular problems but was later approved for erectile dysfunction. Interestingly, there is emerging evidence that Viagra also works as a VEGF activator, which may help treat stroke or heart attack.

The problem is that when you take a drug with multiple functions, you can’t isolate one desired effect from all the others – you get all of them all at once. Researchers can react to polypharmacology in two ways. Scientists can try to design better drugs that home in on just one specific target. Alternatively, scientists can instead embrace the complexity of biology and try to leverage the multifaceted effects drugs can offer.

Many existing drugs have unknown mechanisms that can be harnessed as a strength, rather than a weakness. Researchers can use polypharmacology to repurpose existing drugs to use for other conditions, reducing the time and cost of developing new treatments. There is an entire industry of doctors and scientists currently trying to do exactly that. Chemists and drug designers are also purposefully designing drugs with multiple functions to combat complex diseases like cancer and type 2 diabetes, which may have multiple targets that can escape single-function treatments.

But in order to take advantage of the polypharmacology of existing drugs, researchers require a way to measure it. Typically, chemists study drug mechanisms through laborious experiments that test drugs one at a time and don’t always lead to conclusive answers. However, new experimental approaches, like phenotypic drug screening, that measure the overall effect of the drug instead of trying to narrow down its mechanism of action, allow researchers to measure thousands of different drugs in a single experiment.

My colleagues and I used this approach to predict all the effects of specific drugs, using nothing but images of cells. We collected 159 million snapshots of cells reacting to over 1,300 different drugs, then applied a machine learning algorithm to identify important patterns in the images. Instead of teaching the algorithm to look for specific details, we allowed it to search for pieces of data in the pictures that allowed it to better predict how a cell would react to different types of drugs.

Our model repurposed an approach called latent space arithmetic, originally developed using pictures of human faces, to predict drugs with polypharmacology. Just as the original algorithm could simulate a picture of a man wearing glasses, we could simulate what a cell looks like when treated with a drug that has multiple mechanisms of action.

Our model was far from perfect, though. Many drug mechanisms of action could not be simulated well, and we were limited by existing, likely incomplete, knowledge about how different drugs worked. Additional work to demystify how different drug mechanisms affect cells in a wider context could help improve predicting all of a drug’s potential functions, leading to more treatment possibilities for each compound.

I believe that embracing polypharmacology as an unavoidable consequence of using drugs to treat diseases can help researchers reimagine the drug discovery process. Could we design a drug that targets all the receptors going haywire in a specific patient’s tumor? Could we use artificial intelligence to simulate how such a potential drug compound might look and behave in the body? Could polypharmacology actually be the answer to precision medicine instead of one of its biggest challenges? A shift in mindset might be the first step to answering these questions.